HURRICANE IAN: The Buried Back Story 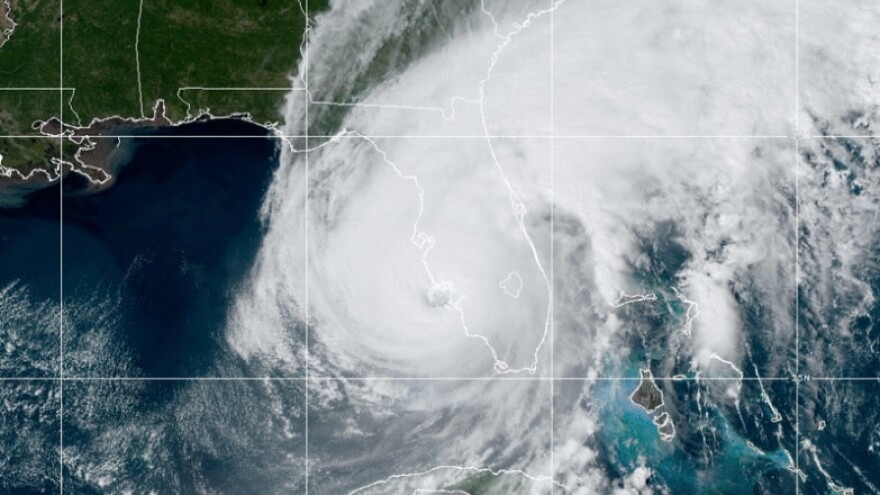 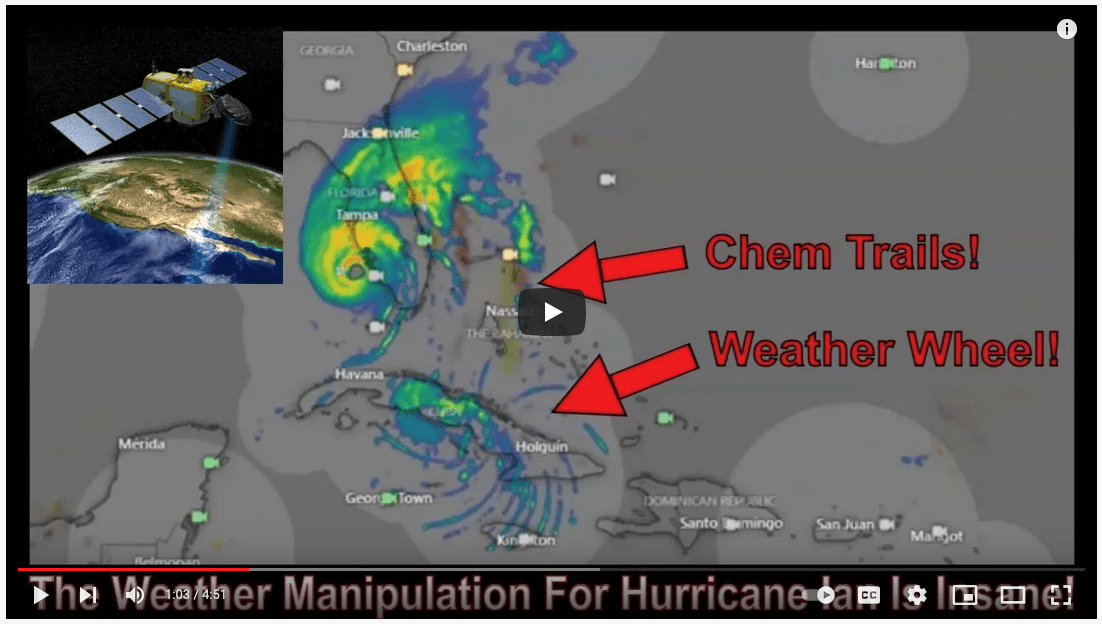 There is now no question whatsoever that Hurricane Ian was deliberately geoengineered into a superstorm and aimed with premeditation at the southwest Florida coastline.

*Whether Tropical Storm Ian originated naturally or was geoengineered from its inception is not discussed in this report.  This paper is only concerned with the development of this superstorm once it passed over Cuba and headed toward the Peninsula of Florida.

The following video captured the satellite imagery of Hurricane Ian as it was purposefully stalled off the southwest coast of Florida and greatly intensified into a borderline Cat 5 superstorm.  The NWO geoengineers carried out this act of intentional geoterrorism by utilizing a “weather wheel”, the massive spraying of metalized chemtrail aerosols, Nexrad transmission stations as well as a HAARP-level ionospheric heater.

Only time will tell what the globalist plans to do with this highly choreographed false flag attack on the Florida peninsula (false flag because these Frankenstorms are falsely blamed on Mother Nature when the NWO geoengineers are truly responsible).

Nevertheless, it’s for certain that the geoengineers will use this opportunity to further perfect their weather warfare technology via chemical engineering and HAARP frequency generators, as well as integrate the NEXRAD Doppler radar transmitters and massive moisture-producing power plants into the technological mix.

Now see the video link below to view the exact location of the various Nexrad transmitting stations in and around Florida which were used to carry out this patently geoterrorist OPERATION HURRICANE IAN.

The video that follows was posted under the title: “It looks like the geoengineers are both stalling and intensifying Hurricane Ian off Florida’s west coast to maximize storm surge“.  It was first published on Wednesday morning as the SOTN Investigation Team watched the superstorm being obviously pumped full of energy as it inexplicably sat off the coast of Florida.

The next video quite clearly demonstrates the enormous chemtrail spraying operation being conducted all over the state of Florida on Tuesday, September 27, as a preparation of the atmosphere for both a devastating landfall and the subsequent overwhelming rain events statewide the following day.

Another major geoengineering signature can be seen in this very telling screenshot of the entire Eastern Seaboard and way beyond.  Surely the “Internet Censorship Regime” never imagined this satellite imagery would be stumbled upon by a very astute Ian investigator. (Be sure to click on the very impressive image posted in the link below to enlarge.)

GEOENGINEERING SIGNATURE: This satellite imagery captured
a pattern that is not natural; it’s entirely manmade.

Many coastal communities on the southwest Gulf Coast also witnessed some very peculiar behavior by the Gulf of Mexico.  These very unique geoengineering signatures register in the bodies of water that are used to significantly amplify the strength of the Hurricane.  This is yet another telltale sign that geoengineering technologies were used to swiftly transform Ian into a raging Frankestorm within an hour or two.

The Mainstream Media has been a vital accomplice in this never-ending weather warfare.  Every major organ of the corporate media was used predict the path of Hurricane Ian so that the NWO geoengineers could then make those contrived predictions come true.

By refining this type of predictive programming over many decades, the entire populace has been thoroughly conditioned.  The citizenry can then be easily corralled into any pen of compliance that The Powers That Be deem necessary to successfully complete their black operation without detection.

For example:  Whenever the CIA’s Mockingbird Media uses language like “rapidly intensify” or “rapid intensification” to describe hurricane behavior, it usually means the geoengineers are amping it up before aiming it at a specific RED state target chosen by the NWO globalist cabal (see this MSM article as an example).

*Intro to be continued as the research paper is completed for publication.

SOTN Editor’s Note: The “Hurricane Ian” back story is so radioactive and highly consequential that we felt it was important to post this very short intro as the skeleton of the report is being fleshed over the next few days.  Because of the pervasive and profound destruction deliberately inflicted upon the great state of Florida, this “Special Report” will be disseminated widely throughout the U.S. Congress and Executive Branch of the U.S. Federal Government.  In the meantime, we ask all readers to send us any articles and exposés, videos and audios which serve to support this geoengineering theme—thank you. 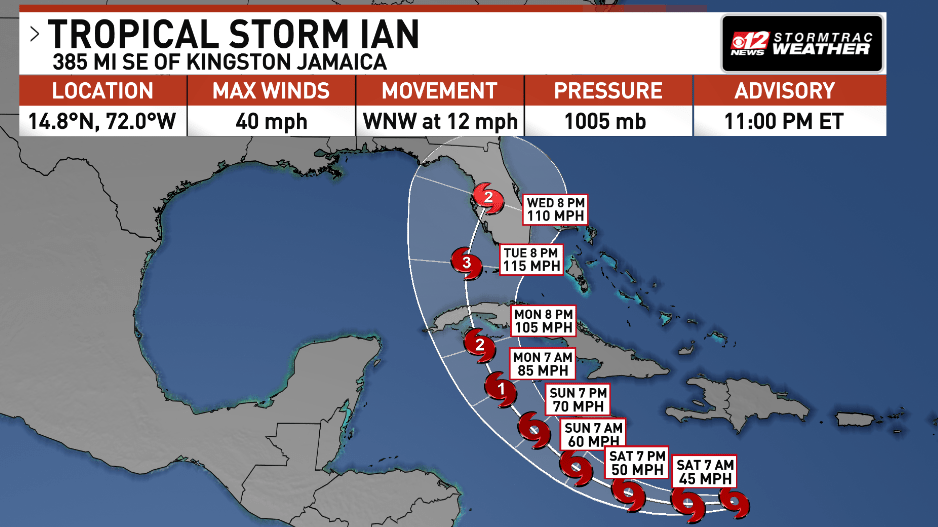