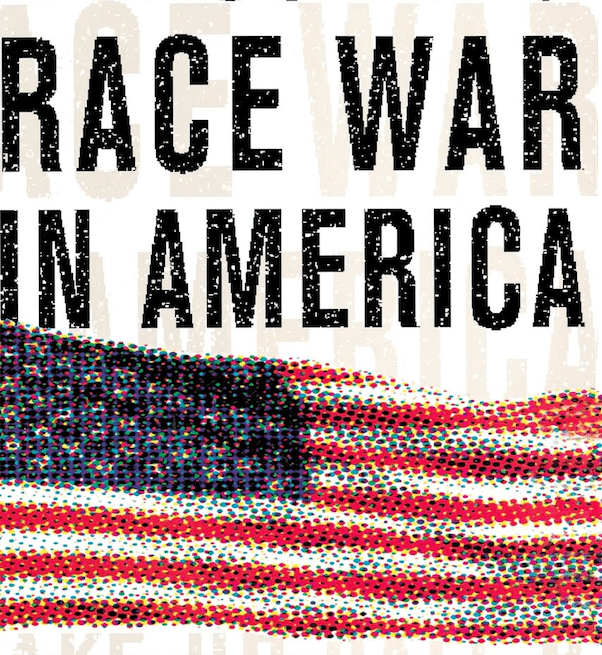 Key Point: It’s quite possible that any or all of these 5 events may have been staged with crisis actors and perfectly positioned videographers; and then reported as real by the CIA’s Mockingbird Media.  Really, is there anything that ever makes it to the front page of the New York Times or CNN prime time that isn’t a hoax or scam or fraud of some sort?!  Surely, anything that knocks the coronavirus pandemic off as the top story of the week is extremely suspect indeed.

What Barack Hussein Obama started and egged on during his 8 years in office, Deep State globalists are determined to further exploit while Donald Trump is POTUS.

The historical record is quite clear about the degree to which Manchurian Candidate Obama set back race relations in the United States of America. While Obama’s abysmal track record on race is the worst — by far — of all 45 presidents, few understand that his naked race-baiting was conducted with highly purposeful design.

In point of fact, the ongoing COVID-19 crime wave washing over the USA (and the planet) has proven to be such a highly organized criminal conspiracy that the perpetrators felt compelled to do what they always do: 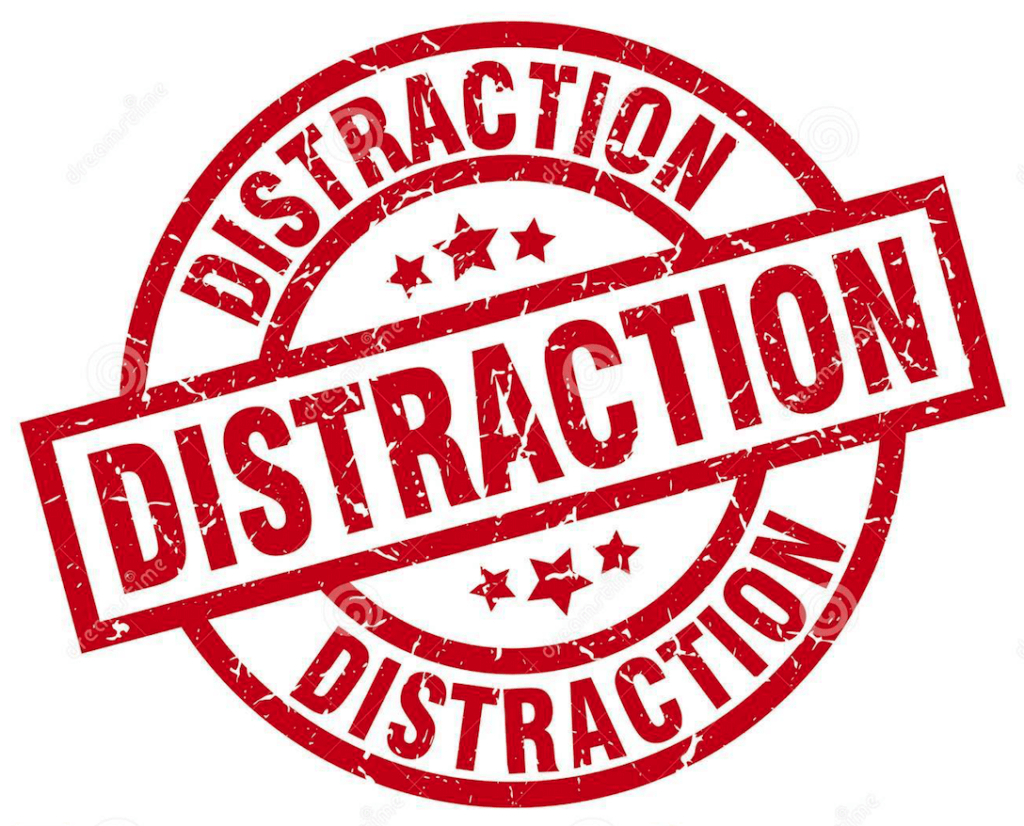 The Powers That Be know full well that whenever they need to distract US or divert our attention, a burning American city replayed by all the major networks over a few news cycles will always do the trick.

For the first time in well over 4 months, the fictitious coronavirus pandemic was moved off the front pages and abruptly supplanted by the brutal killing of a black man by a police officer in Minneapolis.  (If this repugnant killing really did happen, it is outrageous and indefensible and must be prosecuted to the fullest extent of the law.)

It’s very important to note that this horrific event was filmed in a manner as though it was literally staged to be captured on video.  The same goes for the other 3 racial events listed above, each of which has proved to foment racial tensions throughout the month of May.

Why, pray tell, did these five race-baiting events get filmed over the course the same month when serious coronavirus crimes committed by various Democrat governors, Deep State operatives in the Trump administration and Mainstream Media co-conspirators are being revealed?

When five governors are being called out for “Geriatric Genocide”, because of their official orders to nursing homes within their respective states, their hidden masters were forced to change the conversation fast—REAL FAST! 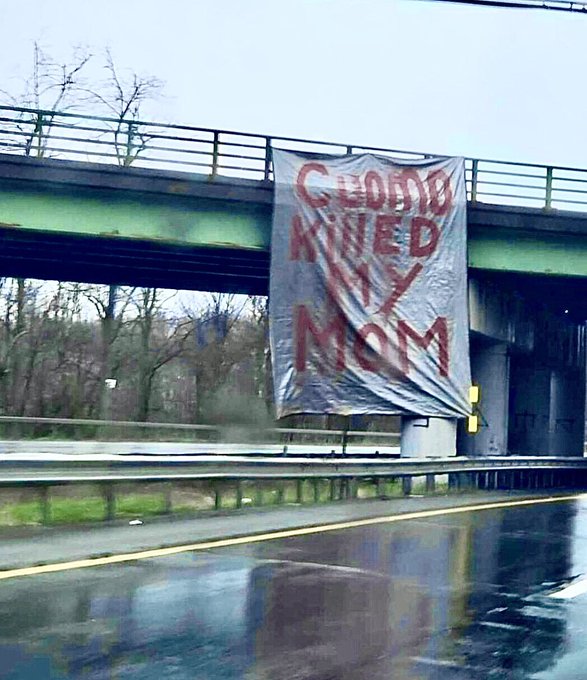 Everyone, get ready for America’s hastily orchestrated
and choreographed race war this hot summer of 2020!

What “egregious crimes against humanity”?

When so many Democrat governors in the liberal Northeast are likewise accused of crimes of genocide, especially geriatric genocide, the only way to put out the raging political fire is with a much more dramatic conflagration.  And so they have! 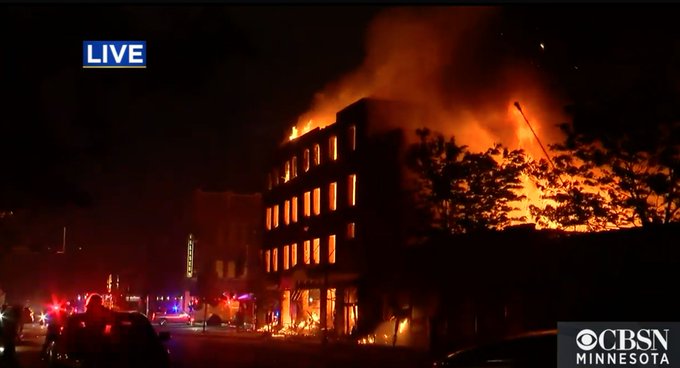 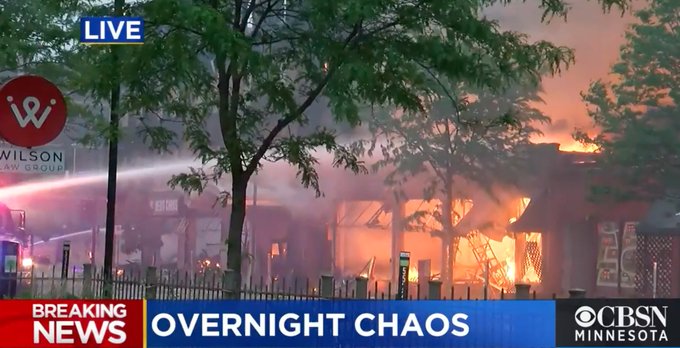 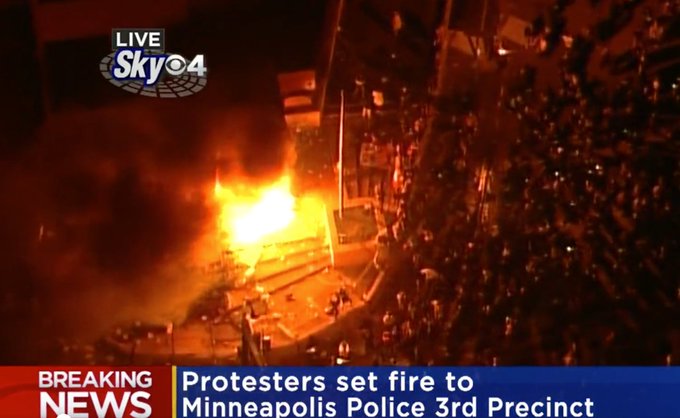 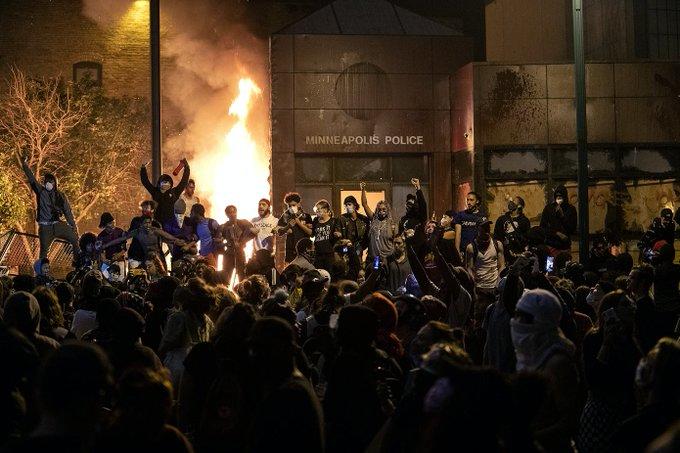 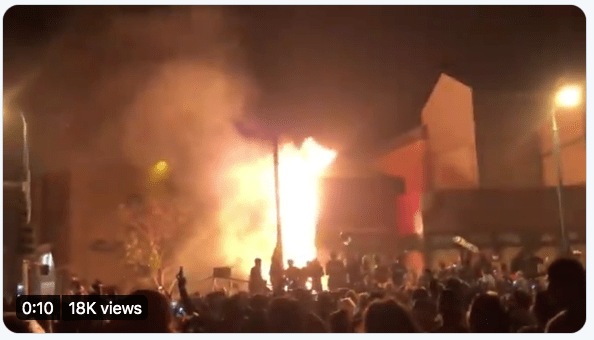 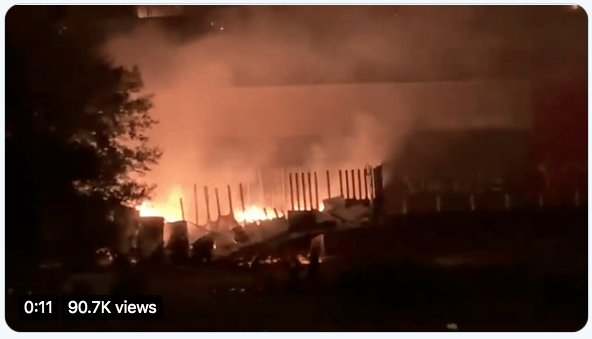 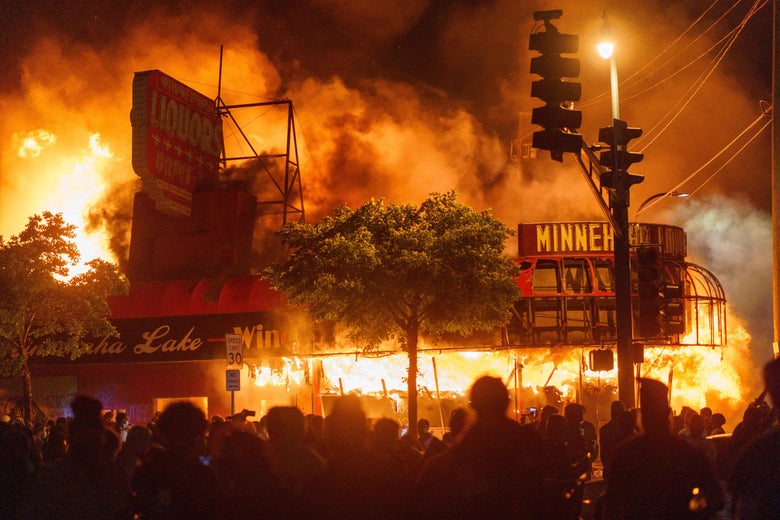 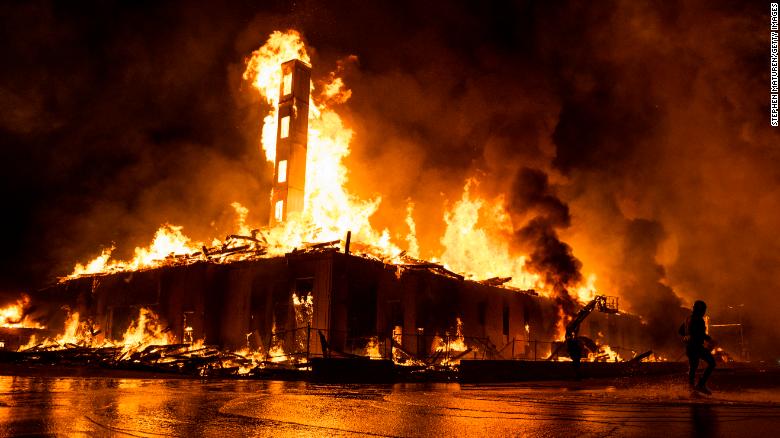 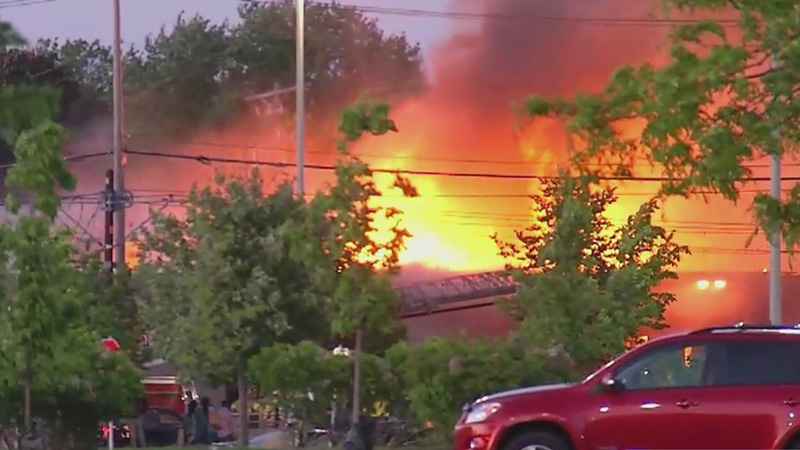 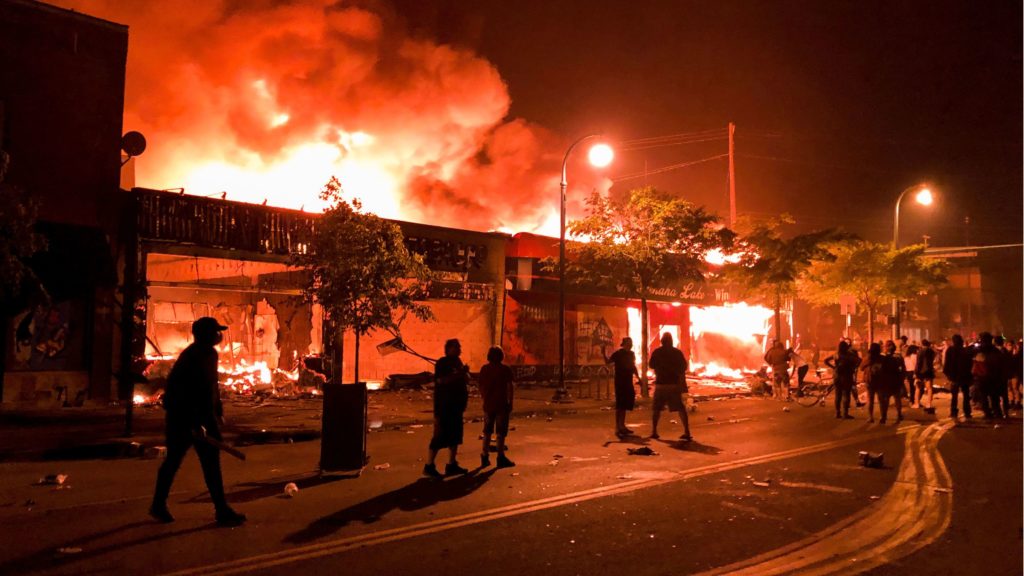 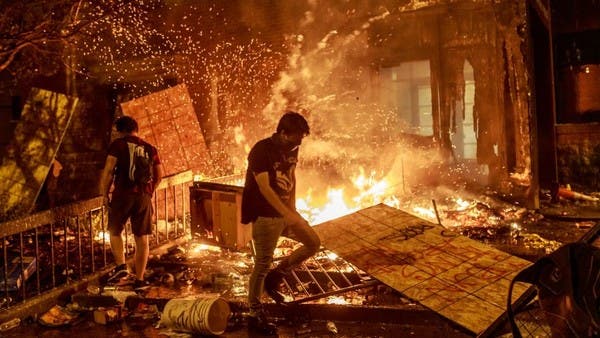 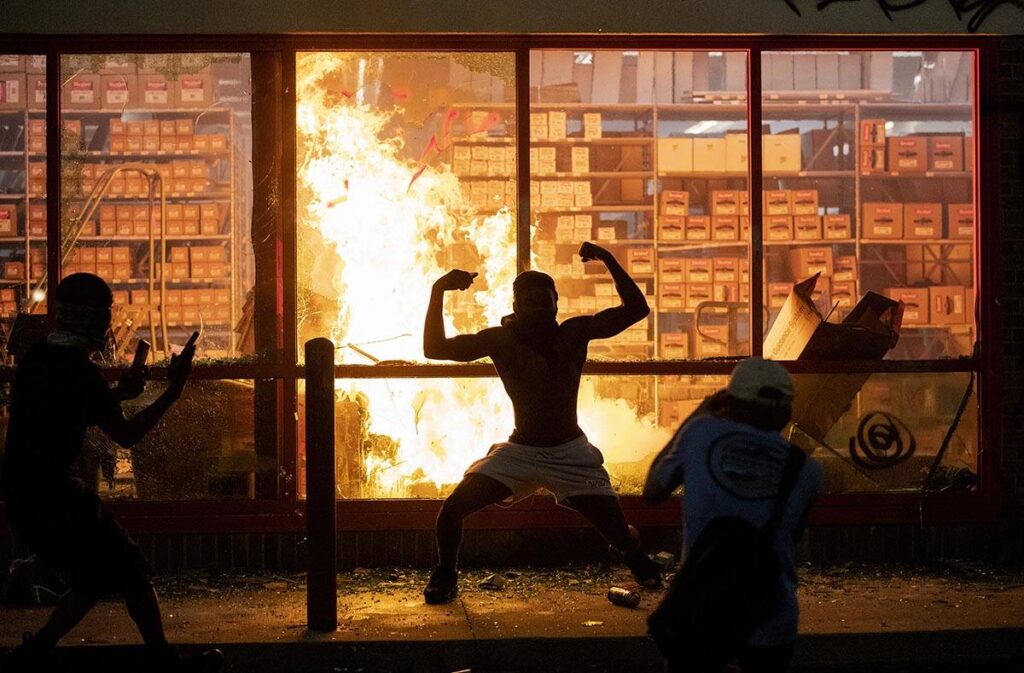 Just how staged are these Minneapolis race riots and arson fires?

Take a close look at the last photo above.  Since when does an arsonist and/or thief have so much time to pose right in the midst of committing the crimes.

Now take a look at this coincidental connection between the fired Officer Derek Chauvin and the black man he supposedly murdered George Floyd. 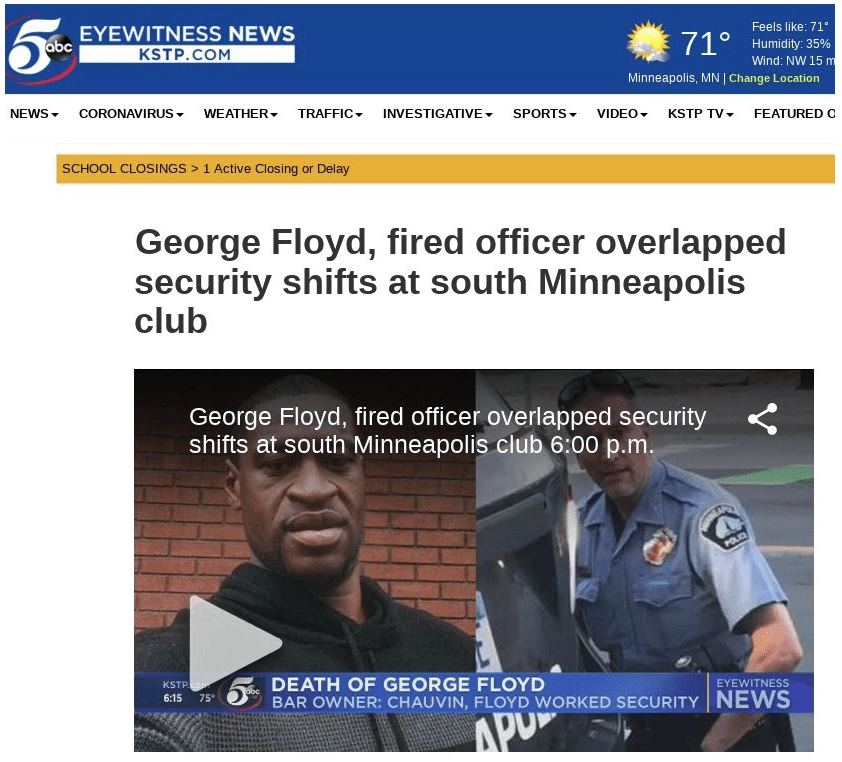 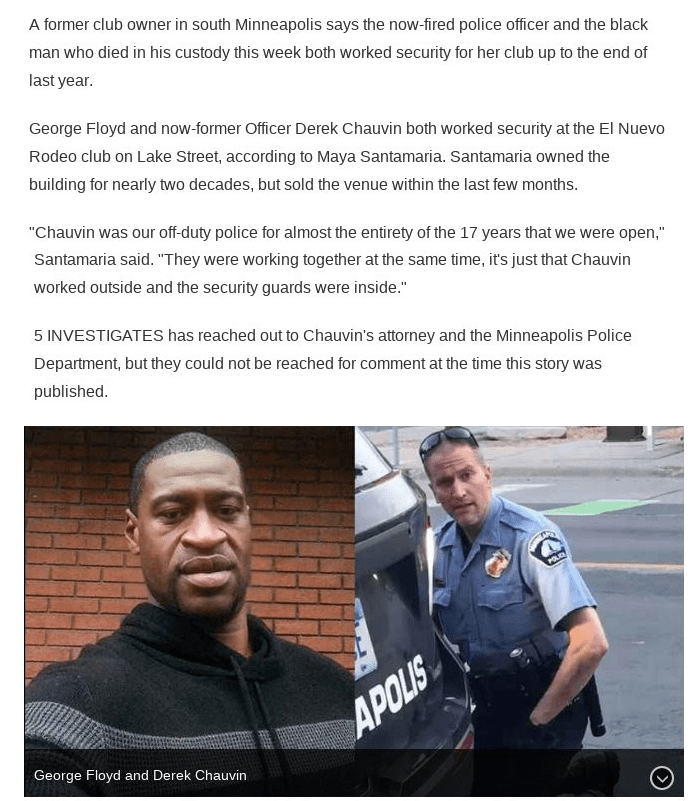 A close viewing of the following video that recorded the active crime scene where George Floyd was allegedly killed by Officer Chauvin raises many more questions than it answers.

*SPECIAL NOTE: The American people have just experienced the worst 4 months in memory.  The exceedingly oppressive OPERATION COVID-19 has created a national climate marked by anger and frustration, rage and exasperation, rancor and indignation.  Clearly, the NWO globalists meticulously timed these racially charged events as the hot summer of 2020 is about to begin.  While people are forced to wear uncomfortable and useless masks as well as impossibly social distance, after being fired or furloughed, sheltering in place and not going to the beach, many are VERY ANGRY indeed!  So, the globalist perpetrators of OPERATION COVID-19, in order to deflect the extraordinary rage which ought to be directed at them, have manufactured a race war so the fury can be used to further divide the citizenry during this extremely tumultuous election year.  TPTB have used this “divide and rule” ploy with tremendous success for millennia.

As it has been stated: Nothing distracts from governmental malfeasance like a race riot or threat of a full-blown race war.  Strategically stoking the flames of racial tensions to distract the body politic has always been a preferred tactic of the power elite.

Team Obama did it multiple times with great effect in various states — FL, MO, TX, NY, CA among others — and then they set the stage for an even bigger racial tinderbox to explode on Trump’s watch.

Welcome to the incendiary Summer of 2020!

Brought to you by a very desperate New World Order globalist cabal.

Everything points to a Deep State-premeditated and cold-blooded murder of the Minneapolis black man to start a race war during the hot summer of 2020.

Deep State Globalists Prodding the Race Lawyers to Seek Remedy at the UN!