DEBATE ANALYSIS: Trump cleaned his clock and Biden never even knew it

The Final Debate was VERY revealing! 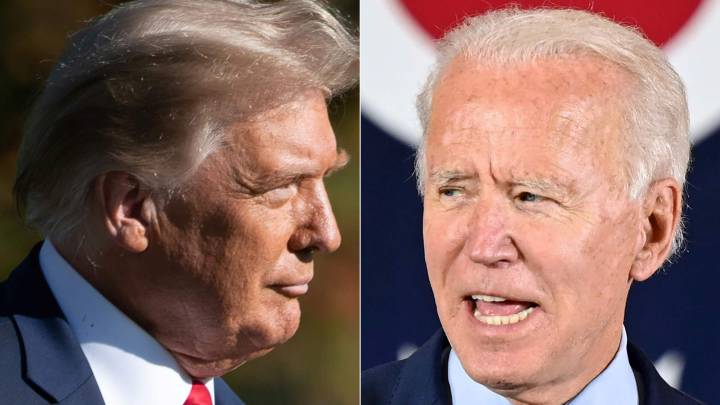 The last debate was quite revealing even for those who viewed it with partisan eyes and listened with biased ears.

The two most obvious perceptions were as follows:

(1) Joe Biden exposed himself as a incorrigibly corrupt career criminal politician who will lie about anything and everything, even when everyone is watching him.

(2) Donald Trump tells it like it is as much as he can get away with and, in so doing, will always risk offending the political establishment and the radical Left.

From the very start of the debate, Biden came off as profoundly mean-spirited and nasty.  Clearly, the older he gets the more his “inner politician” emerges, particularly when he is on the defensive, which is rarely because he’s always in his basement.

By quickly projecting his blatant disrespect for the POTUS standing opposite him, Biden set the tone for the debate which could have been much more civil.  Biden’s constant ad hominem attacks, both subtle and gross, were all designed to trigger Trump who did his best to stay unruffled.

As always, Biden knew that the entire political system stood behind him ready to cover up any gaffe (which he made) or egregious mistakes (which he also made).  Given that the Commission on Presidential Debates has demonstrably morphed into an unofficial arm of the Democrat Party, Biden took liberties that only reflected his mean spirit.

Biden is particularly good at presenting this benign avuncular image that is covering up the worst type of politico, one who is willing to commit any crime and/or participate in any corruption whatsoever as he did over 8 long years as Obama’s VP.

Joe also did a great job of exposing Biden & Biden as the dynamic crime duo that he and Hunter truly are.  Using the power, prestige and image of the US government to commit those various crime sprees came out during the debate in ways that most voters have never heard before—thanks, Joe! See: Joe Biden was exposed as a hardcore, state-sponsored influence peddler.

KEY POINT: Joe Biden walked right into every trap the final debate set for him.  Truly, Biden stepped onto every single mine on the debate minefield.  Not only that, but because of Biden’s history of outright prevarication, perfidy and unscrupulousness, he backed himself into a corner.  Last night Candidate Biden showed the American people what it’s like to be wedged between the proverbial rock and hard place. See: Biden put himself exactly where Trump wanted him

Anyone could see that President Trump started the debate with the explicit intention to maintain civility and keep his poise.  However, he will never allow the falsehoods issuing from the mouth of Biden to go uncorrected.  Toward that end, he did what he felt he had to to respond to so much Biden malarkey.

Perhaps the best part of Trump’s performance were the two accurate lines he repeated over and over.  First, that Biden had 8 years as VPOTUS to accomplish anything and yet got absolutely nothing done except transform the USA into an exceedingly divided Obamanation.  Secondly, that Biden has been in a leadership capacity in the US government for 47 years and has nothing — NOTHING — to show for it.

Trump also let loose another zinger that deeply wounded Biden. That the only reason why Trump even ran for POTUS was because of the utterly failed leadership of two Obama-Biden administrations.  In point of fact, Trump left a very comfortable private existence to right the ship of state that had the country heading right toward a “Titanic iceberg moment”.

To Trump’s great credit, he barely even mentioned that he has been the victim of a nonstop Deep State-driven, Democrat-run, Globalist-directed coup d’état.  That soft coup is ongoing with traitors such as Obama, Biden, Clinton, Brennan, Clapper and countless other Obama-era minions running interference 24/7.

Even though Trump was essentially deprived of his first term in office, he still managed to accomplish more than Biden has done in a lifetime.  Of course, Trump was also very effective at underscoring Biden’s strength as a thoroughly corrupt career politico.

Trump especially brought to light the worldwide influence-peddling and graft associated with “Biden & Sons”.  Now notoriously known as BIDENgate, this rapidly developing scandal ought to have permanently disqualified Joe Biden from holding any office in the U.S. Federal Government. See: UNITED STATES CODE: Joe Biden is permanently disqualified from holding any public office in the U.S. Federal Government

No one should underestimate the effects that this debate will have on the electorate just days before the election.

There was a LOT of subliminal messaging going on with both Trump and Biden.  No one can successfully hide themselves when operating in such a public forum.  Their voices, facial expressions, gesticulations, postural adjustments, dress, tone and tenor of their arguments , etc. each revealed the truth in subtle ways.

If you turned the sound off, any viewer would get a glimpse into the extremely confused and criminal mind of Joe Biden.  Joe’s suspicious body language, as well as his forcefully loud voice projection at times, gave him away time and again as a carnival barker.  His entire profile reeked of being a fraud and con man.  As Trump often said during this debate: Joe Biden is ‘All Talk, No Action’.  And so true!

Trump, always the alpha male, was also true to form.  His primary role, after all, during this “Second American Revolution” is to serve as a pivotal change agent.  By his very presence last night, he brought to light things that have been covered up for decades.  Even these quadrennial POTUS debates have not avoided his wrecking ball as rigged as they are in favor of Democrats. See: TRUMP’S TOP SECRET 2020 MISSION

Bottom Line: Trump did prove, once again, that you simply cannot debate a Democrat in 2o2o.  They are impervious to reason, to common sense and to ethical conduct as the life of Joe Biden has graphically illustrated.  Collectively, the Democrats lean so heavily toward party-wide moral turpitude that they have become an extremely dangerous menace to American society.  And Joe Biden is, right now, their titular head.

BIDENgate: The Most Explosive October Surprise of the Third Millennium