…Every Corporate Media Co-Conspirator Must
Be Shut Down and/or Taken Over Post-Haste!

If there is a super-villain in this 2020 POTUS election theft crime spree, and there are actually many, it is the ever-prevaricating Mainstream Media (MSM).

The conclusive hard evidence which has been amassed throughout this ongoing crime wave clearly proves that every major media corporation greatly assisted the countless Democrat perpetrators of this “Election Heist of the Millennium”.

Not only are these media corporate criminals accomplices in the actual election theft, they are the primary collaborators behind the massive, unparalleled and incredibly brazen cover-up.

Were this not the case, the vote fraudsters and election thieves simply could never have come this far with the steal.

The American people have never in history witnessed — IN REAL TIME —  such a monstrous cover-up … and yet it still continues, as it will for the rest of this century unless the Patriot Movement takes the necessary initiatives to terminate these subversive media entities.

“Look it, the first thing the C.I.A. ever does before they carry out a color revolution is they take over the media.  They do this by stealth over months or years, or they blow up the local radio station just before they push the button on the hot phase of their coup d’état by rebel proxies.  The spooks know you can’t control the people without the media blaring the Tavistock-written ‘Democracy’ script 24/7.  Of course, in the USA, the media was taken over decades ago.  Now it’s time to take it back.  As long as these corporate coup plotters are permitted to blatantly lie and deceive the US citizenry without consequence, the gullible liberals will always pose a HUGE obstacle to maintaining national sovereignty.  Hence, the collapse of the Republic is all but guaranteed unless the media is taken over post-haste.”

The preceding intel report ought to be self-evident to every breathing Patriot.  Truly, “the media is the enemy of the people” as President Trump has repeatedly stated.

In point of fact, were the MSM not deeply complicit in the assassination and cover-up of President John F. Kennedy, his true CIA-contracted assassins would have long ago been apprehended and sentenced to death by now.

If the MSM was not privy to and willing to cover up the Oklahoma City bombing, patsy Timothy McVeigh would be alive today and the FBI/ATF perpetrators would be in prison for life.

And, of course, if the MSM did not participate directly in and continuously cover up the US-sponsored 9/11 false flag terrorist attacks, the War on Terror would never have been launched, Patriot Act never passed, and Stasi-like DHS never set up.  This egregious crime against humanity is perhaps the greatest corporate media crime spree in American history, after THE GREAT SCAMDEMIC, of course. 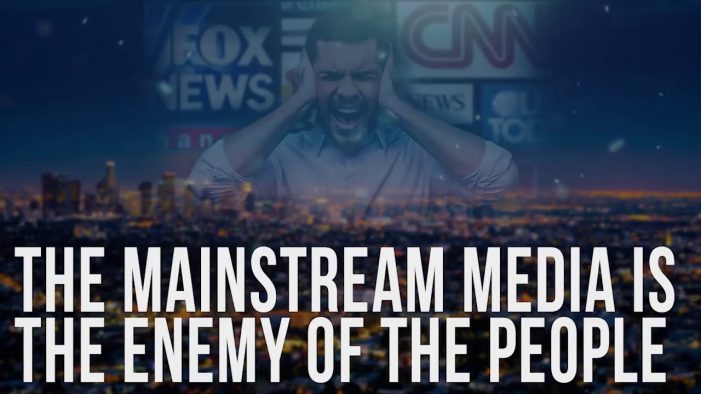 And, until the American people really grasp this fact of life in the USA, nothing will change for the better … … … and things will only get worse—MUCH WORSE ! ! !

How can there be any domestic stability or peace or security when the rogue MSM is starting fires every hour of every day, and then throwing oil tankers of fuel on those fires?

Since 9/11, this country has been victimized by one manufactured conflagration after another as though this is all normal, when in fact every false flag mass shooting is staged, every false flag bombing is carried out and overseen by the U.S. Intelligence Community and covered up by the MSM, and every flu-like bioweapon is released by the same bad actors and covered up by you know who.

The critical point here is that the MSM is the problem — an extremely serious problem — that must be dealt with as THE GREAT STEALECTION has shown US.

Really, if the hidden owners of the major media corporations will steal an election IN BROAD DAYLIGHT, what won’t they do?!

After unlawfully installing career criminal and POTUS-elect imposter Joe Biden in the White House, is there any scheme they won’t cook up?!

The entire Mainstream Media has been thoroughly ponerized so there’s absolutely no hope for any of them.  We know every major news outlet has undergone several decades of intense ponerization because the C.I.A. owns and operates each and every one of them.  That’s why all the major media platforms function in a highly coordinated fashion as they are all directed as the CIA’s Mockingbird Media.

People, we have very serious problems keeping these United States together going forward.

The MSM has always been used to fabricate the most emotionally charged wedge issues, that they then drive deeply into the heart of the American body politic.  This classic Ordo ab Chao strategy has been going on at least since the Federal Reserve Act of 1913.

You see, the banksters work for the clandestine owners of both the Central Banking Cartel and the International Banking Crime Syndicate.  As such, they completely control every publicly traded media corporation.  They also control Big Pharma, Big Tech, Big Agra, Big Oil, etc.

The key point is that their main tool to sow seeds of chaos, confusion and conflict is the MSM.  And, they use the immense revenues from the aforementioned industries to fund all the disinfo programs  The Powers That Be deliberately do this non-stop in order to divide and conquer their targeted nation, state, city, society, race, gender, religion, culture, etc.

In so doing, they keep all of us in the 99% forever at war with each other; and never suspecting the 1% that totally controls and manipulates US.

What you are either witnessing, or experiencing firsthand, right in your own bankster-created war zone are incessant battles intentionally engineered by the power elite in order to distract US from their raping, pillaging and plundering…of US!

It’s entirely true as declared by the title of Major General Smedley Butler’s book: War is a Racket.  But it’s only an enormously successful racket because the media is used to start the wars, and then greatly inflame them. Lastly, they cover up the real horrors of war so that the next one will be fought, usually over resources or land or strategic locations.

Moreover, this excellent documentary shows how All Wars are Bankers Wars.  Again, the banksters enlist all the major news outlets to spew so much propaganda and disinformation to set nation against nation, people against people.  The currently raging “United States vs. Russia” and “United States vs. China” war memes fit right into this warmongering narrative.

KEY POINT: The sheer depth and breadth of the election steal is such that it required a tremendous amount of funding (i.e. bankster ill-gotten gains funneled through George Soros et al.) to pull it off while the whole world watched.  This is why the media was so central to the possibility of a successful conspiratorial plot.  All the network top anchors and talking heads, as well as Pulitzer Prize writers for various newspapers of record, have been paid off handsomely to avoid even the mention of vote fraud, ballot rigging or election cyber-crimes.  Much more significantly, however, is that these MSM spinmeisters had to become adept at casting every act of election crime as a Right-wing conspiracy, baseless claim or unproven allegation.  The MSM has been doing this theater of the absurd since Election Day, and they can’t stop for the next four years because they are between a rock and a hard place.

The bottom line here is that, without the Mainstream Media working triple time to stoke the flames of war or to rig an election neither can happen, especially the all-important cover-ups cannot be maintained.

Just think back to all the utterly fake polls that the MSM conducted over the four years of Trump’s term.  The explicit purpose of all those bogus poll results was to condition the Left to believe that Biden would defeat Trump.  In fact, any accurate polls would have shown that Trump would win by an unprecedented landslide, which he did.

The fraudulent polling process and procedure is just one more way the MSM was used to fix the election outcome.  There are many other deceptive strategies and deceitful tactics that the MSM utilized on a daily basis during the 2020 election cycle which are too numerous to catalogue in this post.  Nevertheless, all of their betrayals and treachery will soon come to light as they must if the American Republic is to survive.

In the meantime, never forget that: 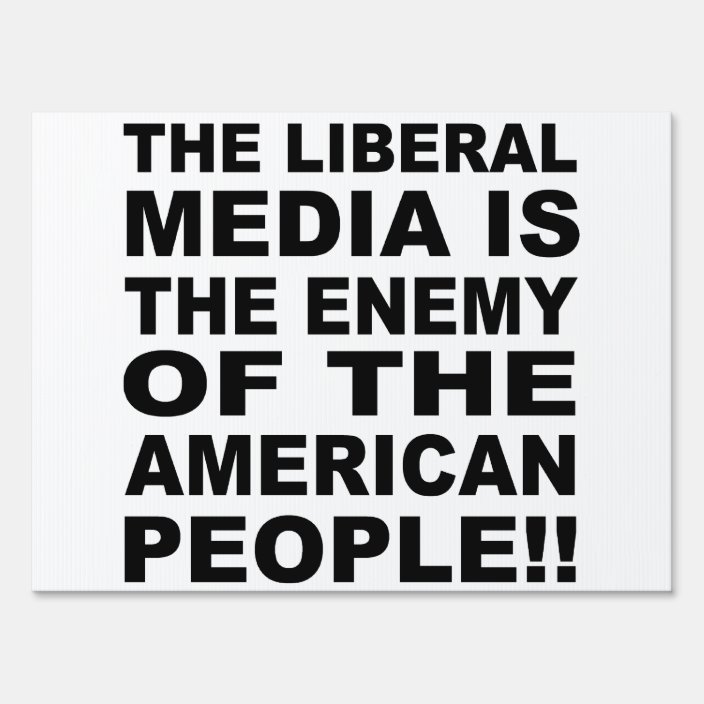