“Okay, here’s the real deal about the overwhelming compulsion of the Democrats to project their own sins onto Trump.  Because their obsession with the POTUS has morphed into an extremely serious addiction to “project” brought on by 5 years of ever-intensifying Trump Derangement Syndrome, they now react collectively with an uncontrollable mechanical reaction.

Let’s back up: the NWO globalist cabal and banksters who completely control the Democrat Party are essentially an incorrigible cabal of criminally insane psychopaths of the highest order.  Hence, they have been careful to promote flaming psychopaths like themselves such as Obama, Biden, Clinton, Sanders, Bloomberg, Harris, Pelosi, Schiff, Schumer, Warren, Waters, Klobuchar, Buttigieg, Swalwell, O’Rourke, Cuomo, de Blasio, Nadler, etc.  This is called ponerization, a process by which an entire organization is populated by hopelessly corrupt and criminally insane psychopaths.

Perhaps the number one character flaw of any political psychopath is that they will NEVER consider themselves guilty of ever committing a crime or act of corruption, no matter how obvious or egregious.  In fact, whenever they are rightly incriminated, they reflexively accuse their accusers of the very crime they just perpetrated.  Not only do they accuse their targeted victim, out of sheer guilt after being caught in the act, they will put on the most sensational drama to distract their audience from their naked criminality.

Let’s take a quick look at the Democrat’s compulsion to accuse President Trump of their own crimes and sins.  Joe and Hunter Biden & Company go on a literal crime spree in the Ukraine and the Democrats impeach Trump to cover up their own crimes (aka UKRAINEgate).  Before that Trump was falsely accused by the Democrat Party of colluding with Russia to rig the 2016 election; in fact, all the evidence points to Democrats of having engaged Russians during that election cycle who were not connected to the Kremlin (aka RUSSIAgate).

Next we come to the 2021 election theft carried out by a highly organized nationwide criminal enterprise set up by the Democrats over Trump’s 4-year term.  Inarguably the greatest election heist in recorded history, the Democrats are now accusing Trump of attempting to steal the election from Biden.  After getting caught with pants down and skirts pulled up, the entire Democrat Party has gone into full attack mode.  Of course, the intensity of individual projection and degree of collective projection in this regard is as unparalleled as it is mind-boggling.  They’ve all gone berzerk.

In short, this latest display of extreme collective projection has such force and ferocity behind it that even the old-fashioned Democrats are waking up to this age-old MO.  The transparent election theft has produced such a plethora of hard evidence that the Biden, Obama & Clinton Crime Families have no choice but to lay it at the feet of President Trump.  They are now accusing him of the very treason and sedition that they have been guilty of since Election Day 2020.

When real hardcore psychopaths and lifelong sociopaths unify around such a self-defensive witch hunt, it will only go in one direction—a rapidly accelerating downward spiral in a race to the bottom of EVERYTHING.  These Democrat psychopaths will do anything they can to destroy President Trump and his family, to dissolve the Republican Party for supporting him, and to take over every organ within the U.S. Federal Government.  They are especially determined to rid the USA of all Patriots, Nationalists, Conservatives, Christians, Libertarians, Tea Partiers, Militiamen, etc.

Of course, the primary goal of their communist agenda is to transform the United States into the USSA where “A” stands for Amerika.  There will be only one perpetual, totalitarian government staffed by Democrat, RINO, Deep State and Globalist psychopaths functioning as petty tyrants across the land who are willing to terrorize the citizens by any means necessary to exert absolute control over them.  Witness the petty tyrants lording over New York State and California, respectively, in the totally demonic forms of Andrew “Killer” Cuomo and Gavin “The Nanny Dictator” Newsom.   Also, see how Nancy “The Knife” Pelosi despotically rules over the House of Representatives and Tony “The Fearmonger” Fauci reigns over the entire nation via OPERATION COVID-19 and the ongoing COVIDcon.

Where is this all going?

Really, where is all of this really going except to hell in a handbasket?

Which basically means that the Patriot Movement needs to arm up and ammo up because the hot phase of the Democrat’s bolshevik revolution is about to go kinetic in all 50 states.  Now that the Democrats have hijacked all three branches of government, they control the necessary institutional power across the board — governmental, corporate, academic, scientific, non-profit, etc. — to effectively lock the whole place down.  Isn’t that what they have already accomplished with their meticulously planned coronavirus Plandemic and inconceivable cover-up.

If Biden is sitting in the Oval Office on Inauguration Day, it’s gonna get very ugly for the Right throughout all of 2021 and beyond.  Hence, there needs to be an overwhelming show of force by the Patriot Movement.  It needs to be so staggering in its effect that the radical Left leaders and their minions will scurry like rats fleeing a sinking ship.  Only by posing a vastly disproportionate countervailing force to scare the living shit out of these traitorous cowards will they be sufficiently terrified back into the depraved darkness of their many Sodom and Gomorrahs.

Clarion Call Explodes for a 100 MILLION GUN MARCH on the Mall
in Washington, DC … and everywhere else in America

Anyone who fails to see the urgent necessity of such a Patriot response is destined to repeat the terrible history they dangerously ignore.  Every American Patriot must understand how the same bankster-funded communist pulled off the Bolshevik Revolution of 1917 while the 1918 Spanish Flu pandemic was raging after being launched by the same Illuminati perpetrators.  See: The Democrat-Run COMMUNIST TAKEOVER PLOT Is About Ready To Go Prime Time

Patriots, please disseminate this RED ALERT far and wide.  The continuity of the American Republic greatly depends on understanding the real enemies in our midst.  Remember, the barbarians have been inside the gate in full force at least since the Federal Reserve Act of 1913.  That’s a long time to undermine and take over these once United States of America.” 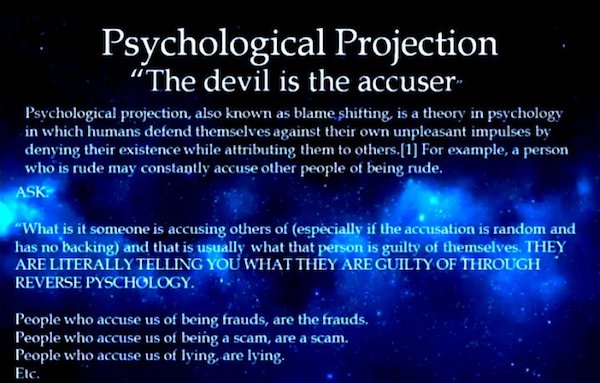 [1] Go to hell in a handbasket