THE COVID CON CRACK UP CONTINUES TO ACCELERATE

Now that the primo COVID CON frontman
has been justly incriminated, the CORONA
Hoax is effectively over in the America. 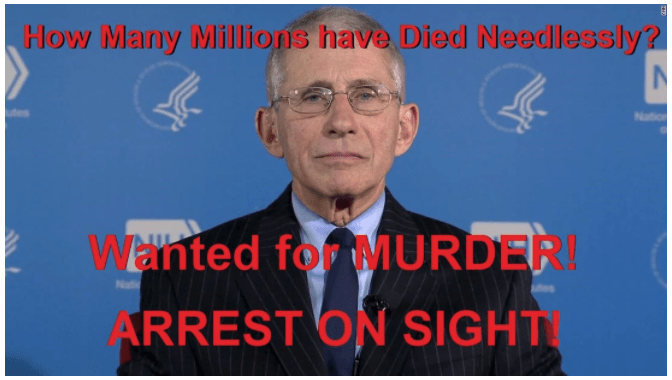 DR. ANTHONY FAUCI:
The “Dr. Mengele” of the Fourth Reich

While there are countless high-level criminal co-conspirators behind both OPERATION COVID-19 and the Covid Super Vaccination Agenda, Dr. Anthony Fauci is inarguably the most guilty of them all.

You name it: Mass Murder, Genocide, Crimes against Humanity, Intentional Depopulation are just a few of the charges that Fauci will be tried for at Nuremberg 2.0.

In light of the recent BOMBSHELL revelations made by the National Institutes of Health, Dr. Fauci is also guilty of perjury after he repeatedly lied to the U.S Congress.

Truly, where it concerns the genocidal COVID-19 Plandemic, it doesn’t get any bigger than the outing of serial Covid criminal Fauci.

Because Fauci’s well concealed masters chose to set him up as the primary frontman for the murderous coronavirus pandemic scheme, as well as the main pitchman for the genocidal Covid vaccine campaign worldwide, once he crashes and burns, the entire crime spree ought to cease in a day and a night.

In pint of fact, Fauci not only has his fingerprints all over the Covid global crime scene, he has really pissed off a LOT of people on all 7 continents, and in a way that no other human has ever done in recorded history.

In other words, once the Fauci fearmongering narrative collapses, and it is real time, both his medical and political demise will take everything else down with him.

Let’s face it, when headlines read like the following, how can the Covid Pied Piper not go over the same cliff he has led everyone else over?!  By the way, that’s called INSTANT KARMA!!!

The stark reality that Fauci is now facing is that his Deep State handlers and New World Order paymasters can no longer afford to keep him around.  He is damaged goods beyond any hope of repair.

Just like the NWO globalists had had enough of “Killer Cuomo” after his highly premeditated Geriatric Genocide committed throughout New York State became a HUGE albatross around his neck, Fauci will also soon be hung out to dry as well.

If there is one moment that will define the beginning of the end for Fauci, it is captured well by the following headline whereby his own employer accuses him of outright perjury before the U.S Congress.   The implications of the headline below are so serious for Dr. Fauci that he will have no where to go on planet Earth, such is the utter devastation he directly caused through his morally bankrupt, shockingly treacherous and graphically grotesque lack of leadership. 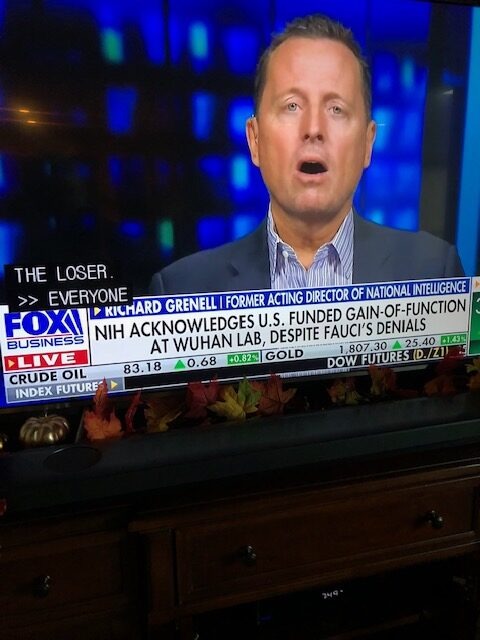 Bottom Line: Because Dr. Fauci is so closely associated with every single aspect of this international criminal conspiracy to depopulate planet Earth, his sudden demise inevitably means the free-fall collapse of the official Covid narrative.  The perps at the top of the Covid crime spree pyramid made the HUGE mistake of scapegoating him for everything gone wrong with their utterly reckless and incomprehensibly brazen scheme.  Fauci’s social distancing and sheltering-in-place mandates, face mask and vaccine mandates, etc. have all taken place with truly catastrophic consequences to the American people as well as to the world-at-large.  Now that Fauci is also accused of bioengineering the deadly COVID-19 bioweapon, how can his masters possibly continue this transparent Plandemic hoax as planned?!  That’s right—they can’t!  Although they will certainly try by replacing Fauci with yet another Big Pharma con man.