Submitted by “An RN in Michigan”
SOTN Exclusive

SOTN Editor’s Note: Every State of the Nation reader ought to be aware that this Alt Media platform was the first on the Internet to float the great likelihood that the meticulously bioengineered COVID-19 bioweapon was not wrapped around a coronavirus, and certainly not SARS-CoV-2 which has yet to be isolated; rather, that the primary pathogenic micro-organism is a parasite (which is why both Ivermectin and Hydroxychloroquie are so effective).  SOTN has also frequently pointed out that, because the Covid disease process resembles various “Multi-infection Syndrome-causing Autoimmune Disorders” such as AIDS, there are also other disease agents and/or pernicious microbials which have been incorporated into the bioweapon.  The most likely pathogen, in addition to a synthetic parasite proposed in the exposé that follows, is a highly pathogenic bacteria that specifically attacks the respiratory system.  However, this emerging hypothesis does not exclude the distinct possibility of pathogenic fungal, viral and mycoplasmal components being integrated as well, depending on the targeted population.  What follows is an examination of the “synthetic parasite” theory where graphene oxide is utilized as the delivery system.

Not only does graphene affect the blood (clotting & causing RBCs* to rouleaux formation), it is a delivery system; graphene oxide is a carrier… like an envelope carries a letter… when the envelope reaches its destination (meets the condition to be opened) it gets opened.  The reason the vaccines had to be stored at low temperatures is…when the graphene senses heat (like inside the body) it starts releasing what it carried.

Attached is a pdf file of the patent & some pictures from my microscope:

From looking at things on my microscope (see photos below)… it appears as if what people think are “spike proteins” are really parasite eggs… graphene can release the eggs, but also grown parasites can release the eggs… attached are a couple of my pictures… I could be wrong, but I don’t think so. I also think these are synthetic parasites (laboratory-made)… so it’s not quite so easy to get rid of them. Ivermectin is an antiparasitic drug… this is why even in the beginning some people were saying that Ivermectin helped someone get over Covid-19. 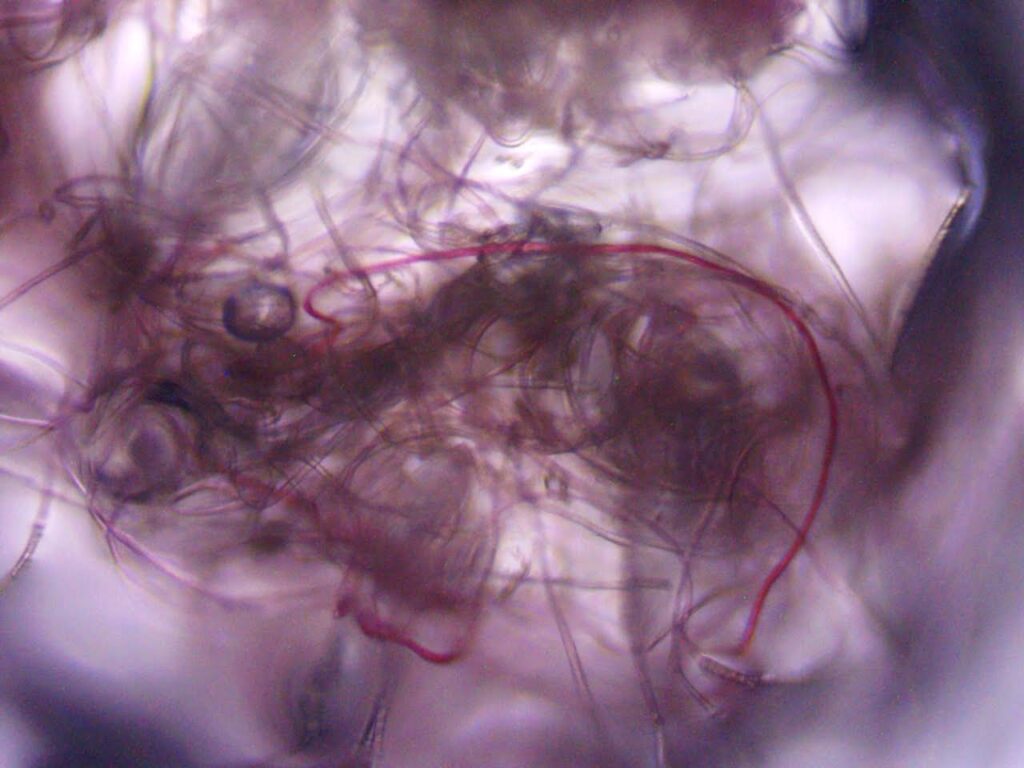 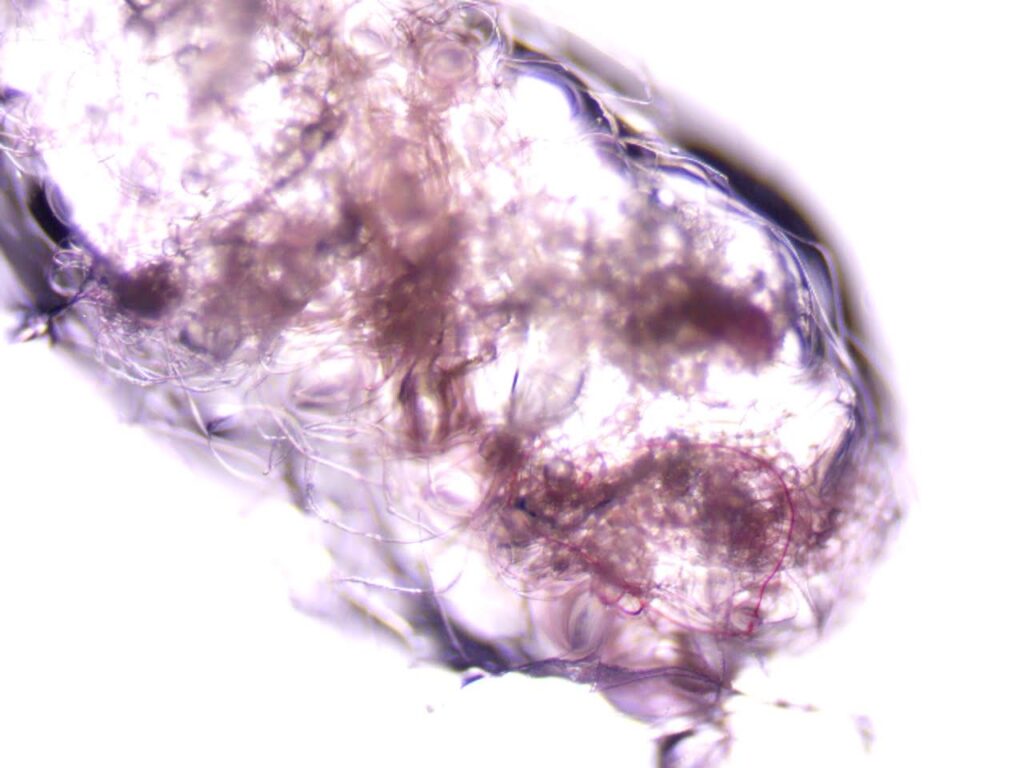 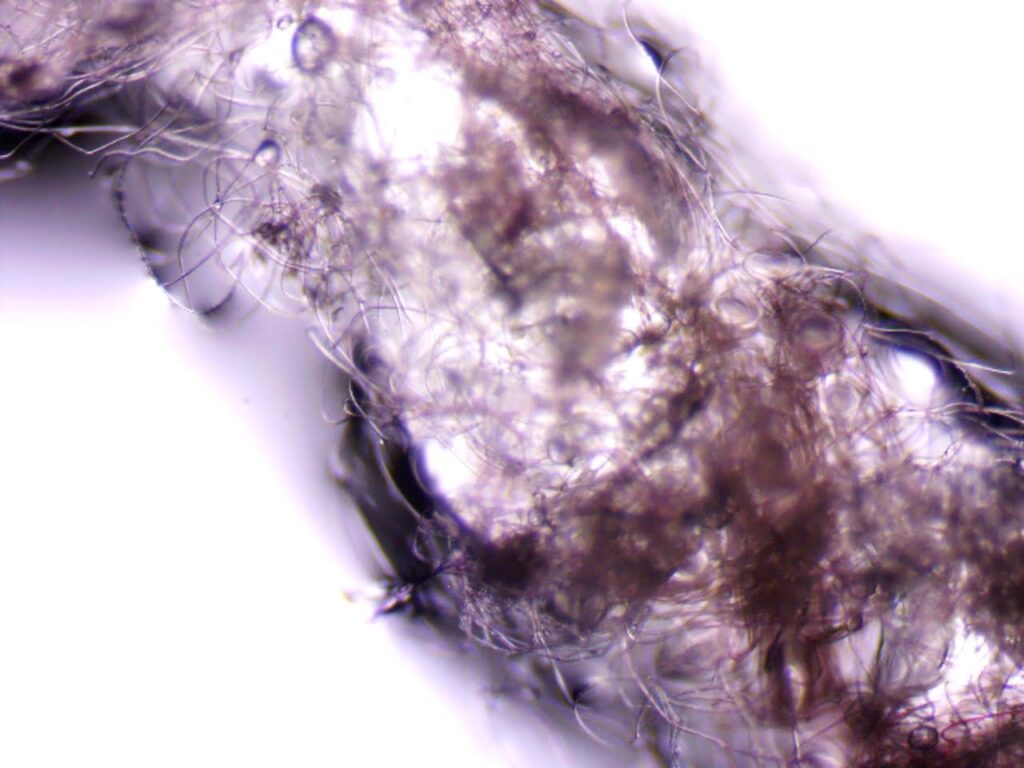 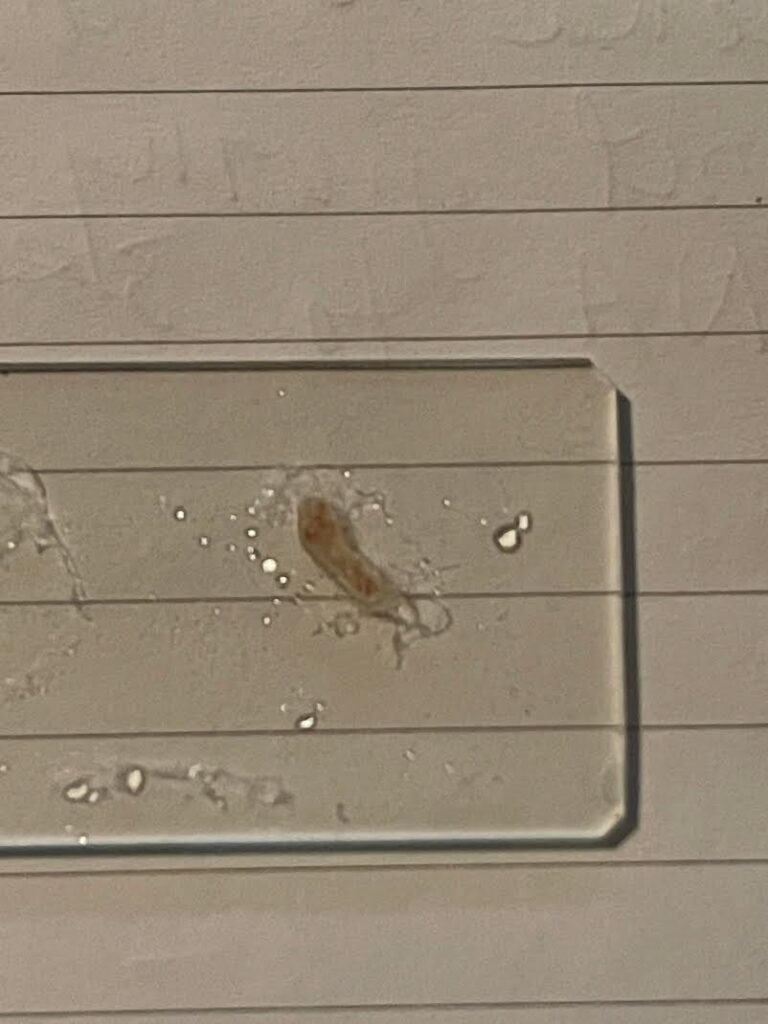 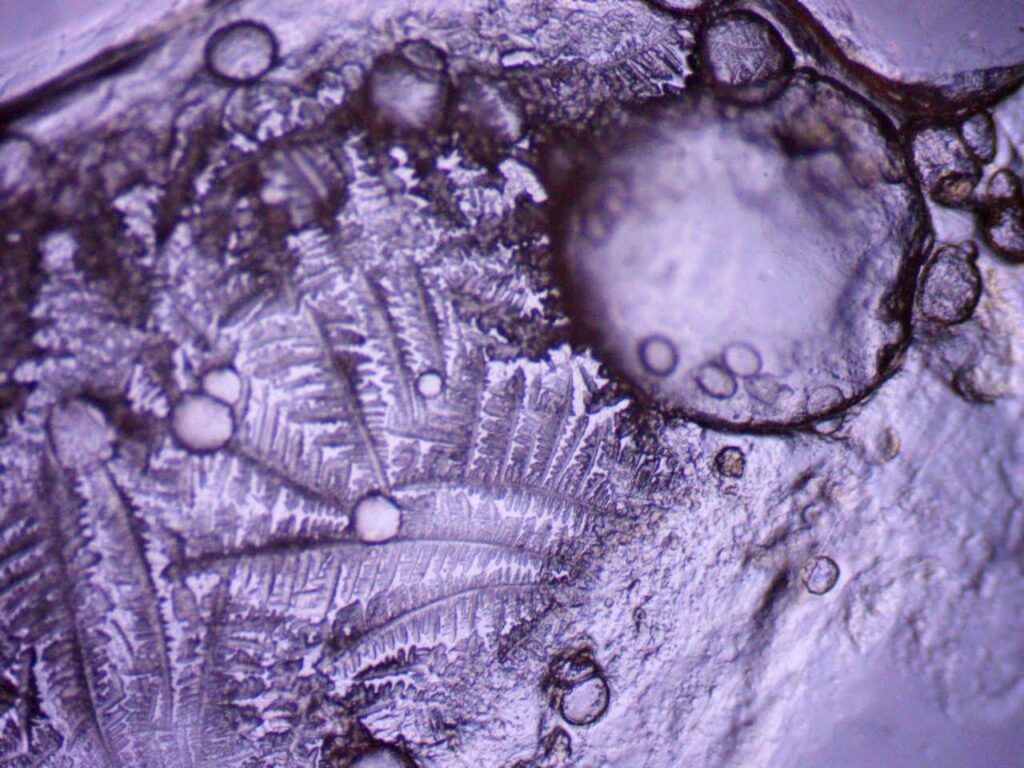 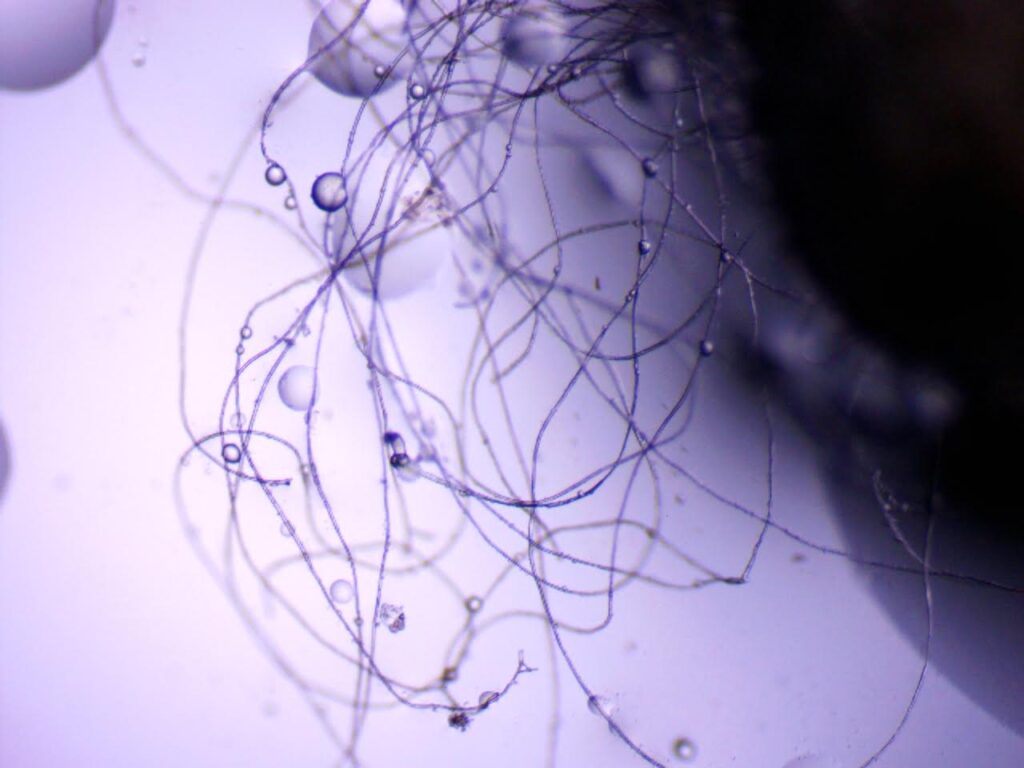 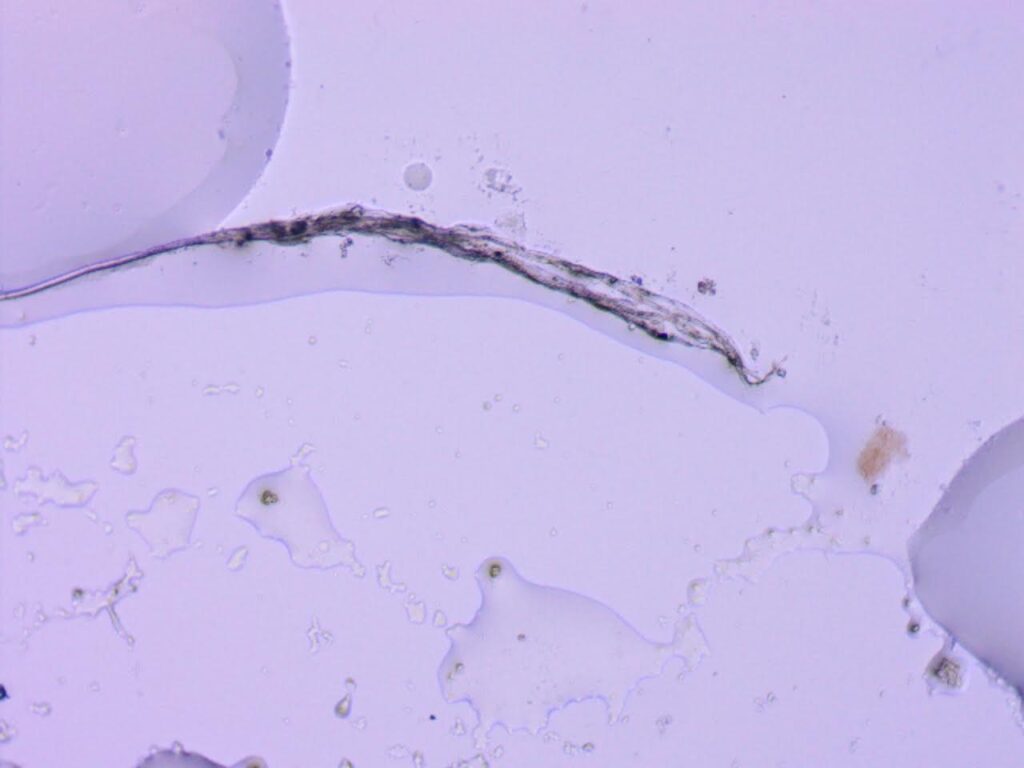 Here are some photographs of graphene in the blood.  It is the black goo on the edges. 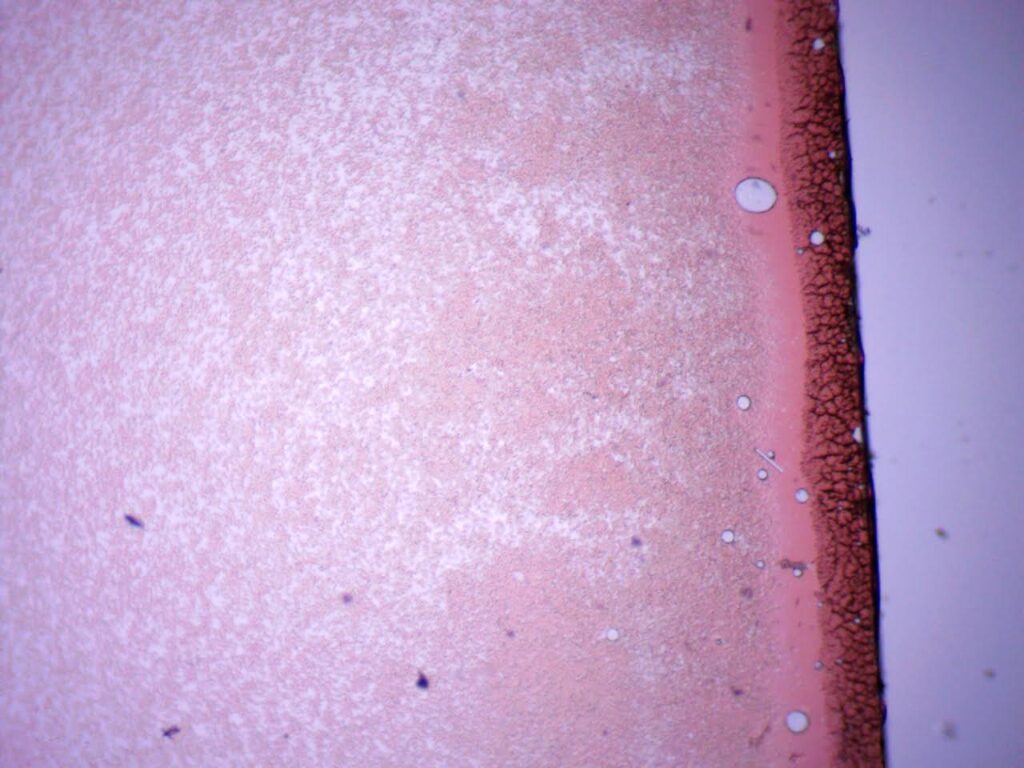 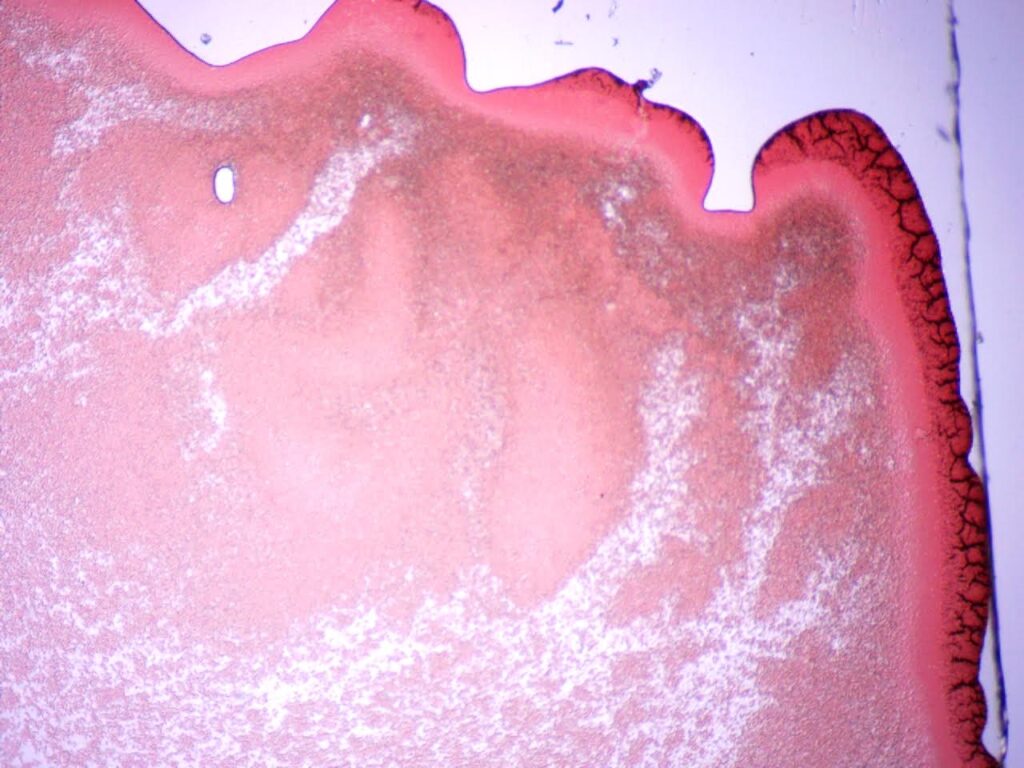 Viruses don’t transfer from person to person (CDC has documented studies where zero test subjects got sick when they tried in many different ways to expose them to a virus), but parasites do.

It appears as if they are injecting people with graphene oxide, parasites, nanotechnology (quantum dot/nanites), and hydrogel (crystalizes when drying).

I think the parasites are integrated with artificial intelligence & self-assembling — they keep coming back. I believe I got the hydrogel & quantum dots via swab for the PCR test… I made some pine needle tea and found sediment in the bottom of the white cup (see photos that follow), so I put it on the microscope too, and it was filled with graphene particles and parasites (simmering tea = heat). 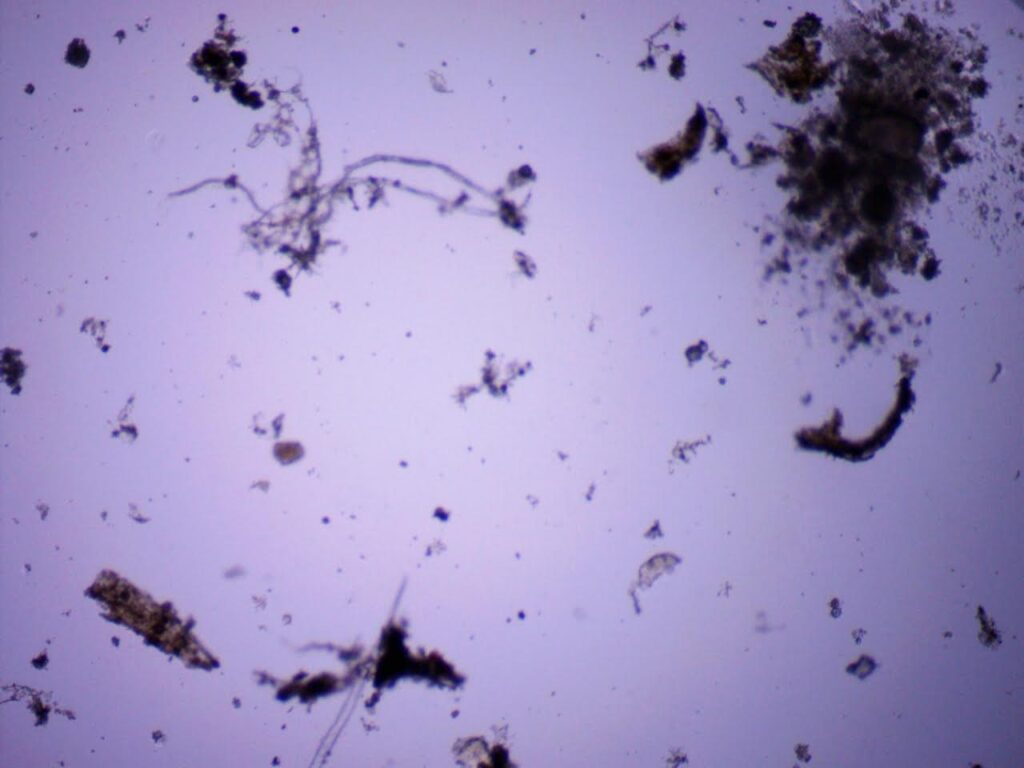 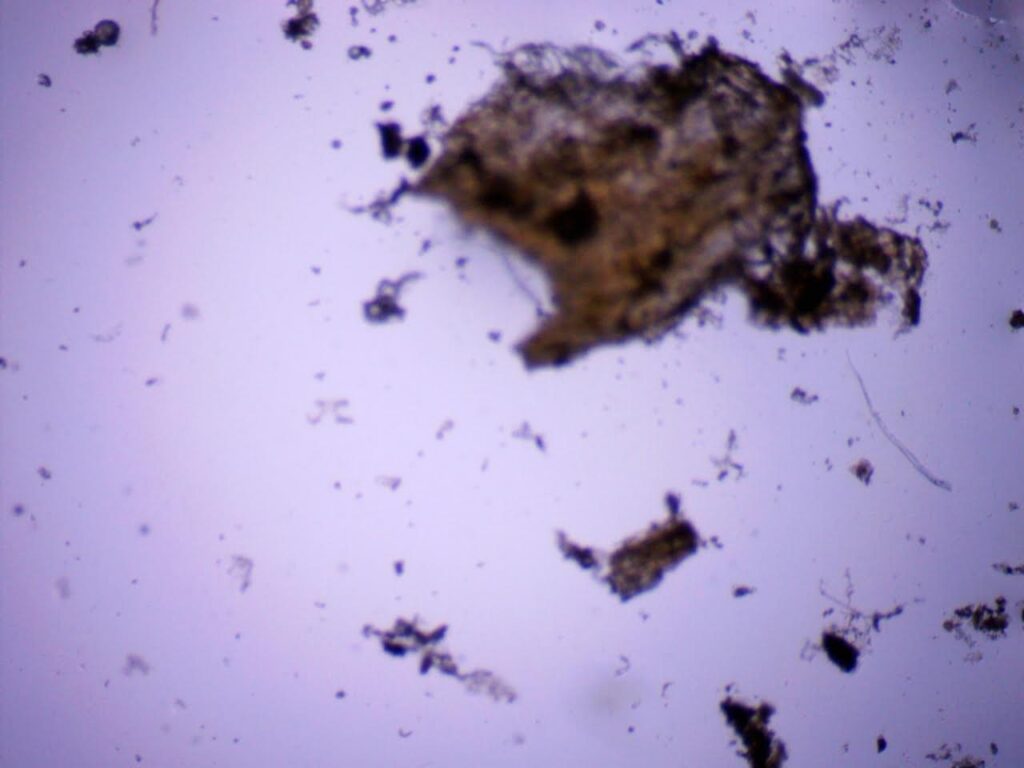 I think it’s sprayed in the chemtrails and was on the pine needles (see the following video). I’m attaching pictures for that too.

Initially, I was only looking in my blood on my microscope to see if I could tell why I was so fatigued all the time. When I saw the rouleaux formation of the RBCs, I realized if the RBCs are stacking like that, rather than separated and flowing freely which they need to do in order to carry the oxygen (O2 = energy) that could explain some of the fatigue. Trying to research reasons – I found something that talked about a positive charge causing it. I think 5G, WiFi, cellphone EMFs could be part of the equation*, but just felt there was more… looking more, I found the parasites and what appears to be graphene. Then I thought… hey, maybe something is in my mucus to explain the constant Tinnitus.

*I think the RBCs stacking also has something to do with the charge of the graphene and/or 5G, WiFi, smartphone EMFs, microwave radiation.

So kill all the parasites, but do you have any idea how to get rid of the hydrogel, quantum dot, and graphene in the blood? I’ve also been having pain around my heart and believe it’s due to the graphene.

Because graphene is so thin (one molecule layer & very hard) – not only does it act as a delivery mechanism, but as it flows through the blood, it also acts like a razor blade slicing up some RBCs – then the body recognizes bleeding & responds by clotting (I know this from being a nurse). The doctor who pointed this out (cutting of the RBCs) – they’re saying he was murdered – from what his wife said it sounds like he was hit with a DEW. Have you heard of the athletes dropping while playing? They’re playing hard, so their blood is pumping faster /flowing faster = more RBCs being cut = more clotting. Makes sense.

Do you want the picture of the parasite spewing the spike proteins/parasite eggs? I think it looks like the eggs are trailing alongside as it moved. I’m attaching it.  As follows: 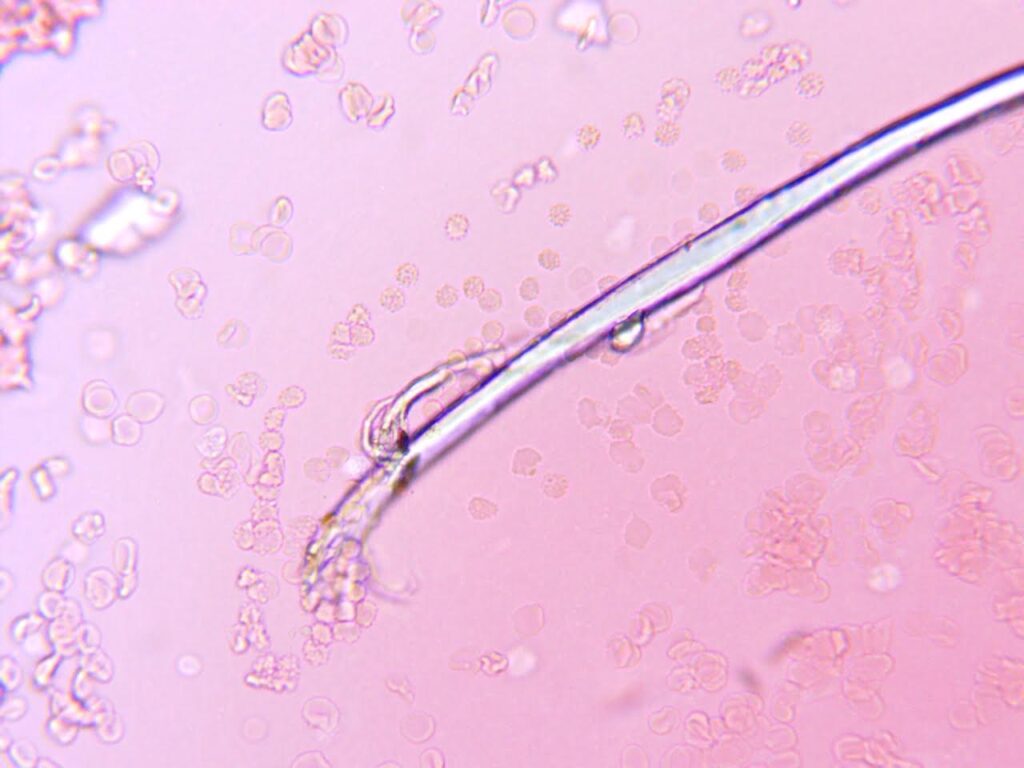 In the last picture attached here, it looks like the side that the spike/ eggs are coming out of are destroying the RBCs. 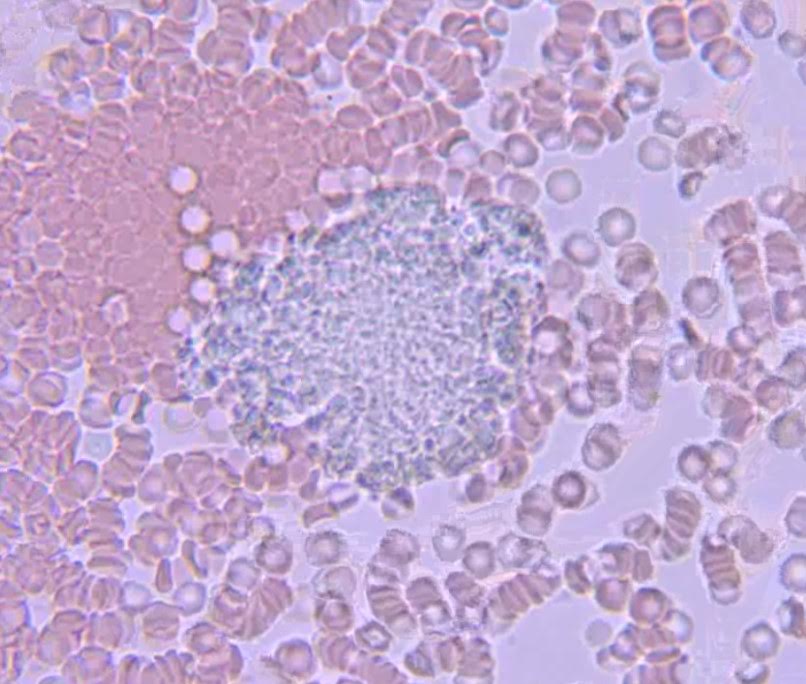 If you saw all of the pictures I have taken from my microscope, you’d be amazed… and probably sickened.

I did not get the Covid-19 vaccine. I had one PCR test in April 2020 and left in tears it hurt so bad. Not long afterward I felt like hard energy hit me upside my head and had frequent headaches and constant ringing in my ears (Tinnitus) — now over 1 1/2 years later, the headaches aren’t as frequent, but radiate from my left sinus… but the Tinnitus has never stopped. I was 57 at the time, and never had Tinnitus before that, and very seldom had headaches, with no history of any allergies. I feel like they may have implanted a “Theragripper” (created by John Hopkins University) http://jhu.technologypublisher.com/technology/17242

If the Theragripper wasn’t implanted, then it could be on the swabs may also have hydrogel with the quantum dot/nanites in it. The hydrogel crystallization & dots (black circles) I found in my nasal mucus or mucus from the back of my throat. It seems the graphene and parasites and spike proteins/eggs are in my blood.

The preceding two emails and photographs were submitted by a very smart RN in Michigan.  Her COVID-19 super sleuthing has certainly broken new ground.  Therefore, this vital Covid material and evidence should be disseminated far and wide so that other medical investigators and scientific researchers can further advance these lines of inquiry.  The strong hypotheses presented above are simply too compelling to ignore or overlook.  And, the consequences of not understanding the true perils associated with both the COVID-19 bioweapon and weaponized Covid ‘vaccines’ are simply too great not to respond to with all deliberate speed.