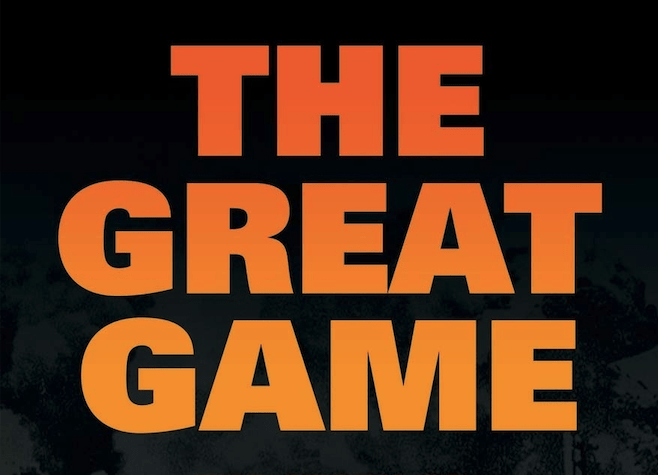 POTUS Imposter Joe Biden Brings the Whole World
to the Brink of War on Behalf of His NWO Globalist
Masters in Order to Distract the Entire Planetary
Civilization from the Following Cataclysmic Events
and Conspiratorial Plots:

(3) Controlled Demolition of the Global Economic and
Financial System

(4) Acceleration of the Great Reset via Digital Crypto-
Currencies

(6) Establishment of a One World Government &
Global Security Superstate

The preceding list is obviously an abridged version of the numerous goals and objectives, aims and purposes, ambitions and missions of the New World Order globalist cabal.

There is no greater game-changer than war, especially World War.  Although the world community of nations has been quite preoccupied with the cold phase of World War III since the false flag 9/11 terror attacks were staged by the US Federal Government, it’s the long-planned hot phase of WW3 that really matters here.

This is exactly why POTUS pretender Joe Biden was criminally installed in the White House—to aggressively prosecute World War III after he helped set the stage — IN THE UKRAINE — as Obama’s Jesuit-controlled VP.

As a matter of historical fact, whenever Democrats are shoehorned into the Oval Office, a major war is on the horizon.  As follows:

(Source: THE MOST PERILOUS MOMENT OF THE THIRD MILLENNIUM—Why?!)

Whether it’s a European regional war or world war remains to be seen during Biden’s presidency; however, a major armed conflict of great consequence to the global order is all but guaranteed.

Both the Biden administration and NATO have worked overtime to provoke Russia into war in such a transparently belligerent manner that it’s clear the globalists will not relent.  Biden even hastily ended the war Afghanistan in preparation for the war in Ukraine.

The US military deliberately ended their occupation of Afghanistan in 2021, ahead of an armed conflict in the Ukraine; and purposefully left billions of dollars of weaponry and tons of armaments and other supplies there to be used for the coming war against Russia.  Afghanistan is the closest nation to southern Russia that can still be used as a NATO-based weapons depot, staging area and launchpad to support a regional armed conflict.

The ongoing war in the Ukraine represents just one [PIVOTAL] piece on the current global geopolitical chessboard.  It is a particularly BIG piece because the Ukraine occupies a highly geostrategic location where it concerns the multi-century Great Game played over centuries to conquer Russia.  The distance from the center of Moscow to the Russian-Ukrainian border is only 450 km or 280 miles.

KEY POINT: It’s not the Ukraine that’s being targeted by the NWO warmongers; it’s Germany.  The Powers That Be have been on a serious mission, since the various revolutions and wars that were deliberately staged during the 18th, 19th and 20th centuries, to keep Russia and Germany apart—FAR APART—forever.

The Zio-Anglo-American Axis knows that a close political/economic alliance between Germany and Russia would spell the final end of the dying US-UK Empire.  The Western political establishment will simply not tolerate this; nor will the wealthy elites of US-UK-EU accept the ascendancy of a Russian-German power structure built around the most powerful economic engine the world has ever seen.

What the elites are really afraid of is the natural marriage of German capital, technology, market monopolies and industrial efficiency with Russian natural resources, manpower, scientific knowhow and industrial capacity.  Such an economic and financial union scares the living daylights out of London and Washington.

The West especially knows that a continuous flow of Russian natural gas and oil to Germany is just the beginning of a much closer trading relationship, which the US-UK-EU-NATO warmongers will block by any means.  Hence, the Zio-Anglo-American Axis is determined to provoke a devastating war between Russia and Ukraine in order to thwart any movement toward detente between Berlin and Moscow.

There are several other purely geopolitical reasons for Biden’s naked warmongering in the Ukraine as he blindly attempts to lead the West into World War III.  All of them serve to advance the New World Order agenda while maintaining Zio-Anglo-American domination of the world AT ALL COSTS.

It’s entirely true that POTUS Imposter Biden has several compelling political reasons to “wag the dog” (read: start a distracting war) during this extraordinarily decisive year that is distinguished by the monumental midterm elections.

The Democrats cannot lose the House or the Senate this election cycle.  Biden knows that. Hence, he will follow any orders that ensure electoral chaos in November.  Because only in that prevailing climate of chaos and confusion can the Democrat Party brazenly attempt to steal every election in sight—AGAIN!

Much more significantly, the many traitorous Democrats and Republicans, at all levels of government, will desperately need a HUGE distraction from the collapsing Covid narrative.  Because the vast and profound repercussions of the Plandemic are only now coming to light, both sides of the political aisle will direly need cover.  Which is why only one member of Congress to date has spoken against US involvement in a Ukraine war.

BOTTOM LINE: The world community of nations has never seen such an unrelenting campaign of warmongering prevarication and propaganda directed at Russia.  The West is literally pushing every button and pulling every string to trigger war between Russia and the Ukraine.  In view of the powder keg that the Ukraine has become since the the CIA-coordinated color revolution in Kiev in 2014, it’s inconceivable that the Kremlin has been able to avert war up to this critical point.  Because right now Moscow is facing existential threats that are far greater than any others in Russia’s long and storied history.  In other words, Russia knows that it has no choice but to wage war for the sake of survival.  The preservation of the nation-state can only be assured by armed conflict; and a very destructive one it will have to be.

SOTN Editor’s Note: Who has not witnessed the never-ending schemes carried out by the US, UK and allies to sabotage the Nord Stream 2 gas pipeline project between Russia and Germany?  For example, the Oil&Gas Industry and energy market manipulators are colluding more than ever to drive the price of LNG (liquefied natural gas) to an all-time high in order to jump-start the American LNG producers that went belly up during the Covid-induced global economic downturn.  In this way, American LNG suppliers can profitably sell their much-needed natural gas to Germany thereby precluding their dependence on Russian energy exports.  Remember: It’s all about preventing Germany and Russia from collaborating in any sphere of life.