If ever there was a GREAT TRIBULATION….. 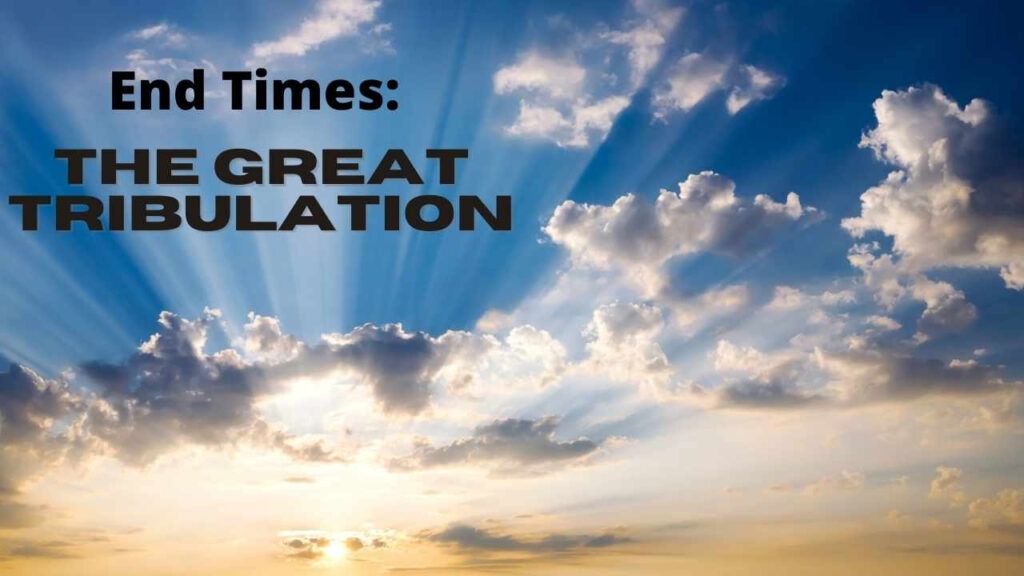 Obviously, we’re all living through the long prophesied End Times.  The end of each and every era always looks just like this.  The crazymakers take over the whole joint and completely wreck and ruin the entire planetary civilization to the point of requiring dramatic divine intervention.

That doesn’t mean the world won’t be here tomorrow or that planet Earth will be divinely disappeared.  It means that the HIGHEST POWER is quite purposefully using the dark side to carry out a very divine mission.

Nothing truly good and lasting ever takes place without sacrifice.  This is a universal and natural law of this Third Density plane of existence—planet EARTH.

Without getting into the whole spiritual notion of sacrifice, suffice to say that all of Creation was created out of sacrifice. The entire Universe is maintained moment to moment by way of sacrifice.  And the whole Cosmos will ultimately be dissolved via sacrifice at the end of time (but that’s not where we are right now although many seem to think so).

However, we are at the end of the darkest and densest of all the ages known as the “Age of Conflict” in the West, and the Kali Yuga (Age of Quarrel) in the East.

Because it is always the darkest before the dawn, the VERY good news is that everything that’s transpiring around the globe today is happening in preparation for the coming Golden Age.

However, first the present human race must witness and/or experience the last battle of the final war between the forces of light and the forces or darkness.  That’s what’s going on right now in Heaven, on Earth, and in the Netherworld.

It is in this divinely created context, and especially on the battleground of the planet Earth, that the greatest sacrifice of all time is now taking place.

Quite unfortunately, for anyone who has been injured or killed by the COVID-19 bioweapon, or the weaponized Covid ‘vaccines’, or the armed conflict in Ukraine and its adverse global consequences, they represent the real sacrifice that’s been occurring since the beginning of the second decade of the Third Millennium.

For those of a Christian orientation, think of this captivating terrestrial drama as the Great Tribulation.

In any epoch-ending tribulation, many souls collectively undergo a tremendous amount of pain and suffering, all for a greater good.

Given the true state of this tract of humanity that inhabits Earth, a HUGE wake-up call was necessary as never before.

In other words, folks everywhere needed to get busted upside the head with a massive four-by-four to wake them up to the satanic reality swiftly emerging around them.

How many people the world over are now aware of the utterly satanic New World Order, but only BECAUSE OF THE GENOCIDAL COVID PLANDEMIC?

How many folks are now refusing the Covid vaccine because they know it’s really a killshot, a clotshot, or just a deadly and dangerous shot with a satanic agenda?  As follows:

As for the bankster-engineered Ukraine War, what the whole world is now witnessing is Nazi Ukraine carrying out a highly calculated genocide of its citizenry just as Nazi Germany conducted the Final Solution (which was actually directed at many more groups than the just the Jews).  Only in the Ukraine today, everyone is vulnerable to being a burnt sacrifice in the rapidly unfolding Holocaust of war and the inevitable starvation, disease and economic collapse which always occur in its wake.  The top tier perpetrators of the Ukraine War actually want to trigger a nuclear war there so as to produce a real Holocaust.

Going forward, any person on the planet could find themselves in the middle of a regional war, a violent revolution, a civil war, an act of bioterrorism, or a border skirmish of any type or intensity.

In point of fact, all of us have already been exposed to the Covid biowar raging worldwide.  Or, we know folks who have been felled by the weaponized Covid injections.  Or, we have seen the multifarious ill effects of the geoengineered droughts and deluges, engineered food shortages and supply chain disruptions, among many other ongoing assaults against the world community of nations.

The only way to look at so much pervasive pain and suffering is as a heroic sacrifice unwittingly made by billions of souls … … … whose great collective sacrifice will awaken those who will be saved from the same torments and afflictions.

At the end of the day, this Great Tribulation will be seen for what it really is—a bridge to the upcoming Satya Yuga, the long anticipated Age of Truth. For a New Age will surely manifest defined by everything that was lacking in this current era marked by falsehood and deceit and fakery.

Lastly, it ought to be understood by now that the only way to the Golden Age is through the profound sacrifices being made worldwide during this twilight period of the Iron Age, also known as the Kali Yuga.  The pain and sufferings of all who perish during this Great Tribulation will certainly bear fruit for the “meek and humble” who will inherit the Earth.

The Armchair Prophet
State of the Nation
June 12, 2022