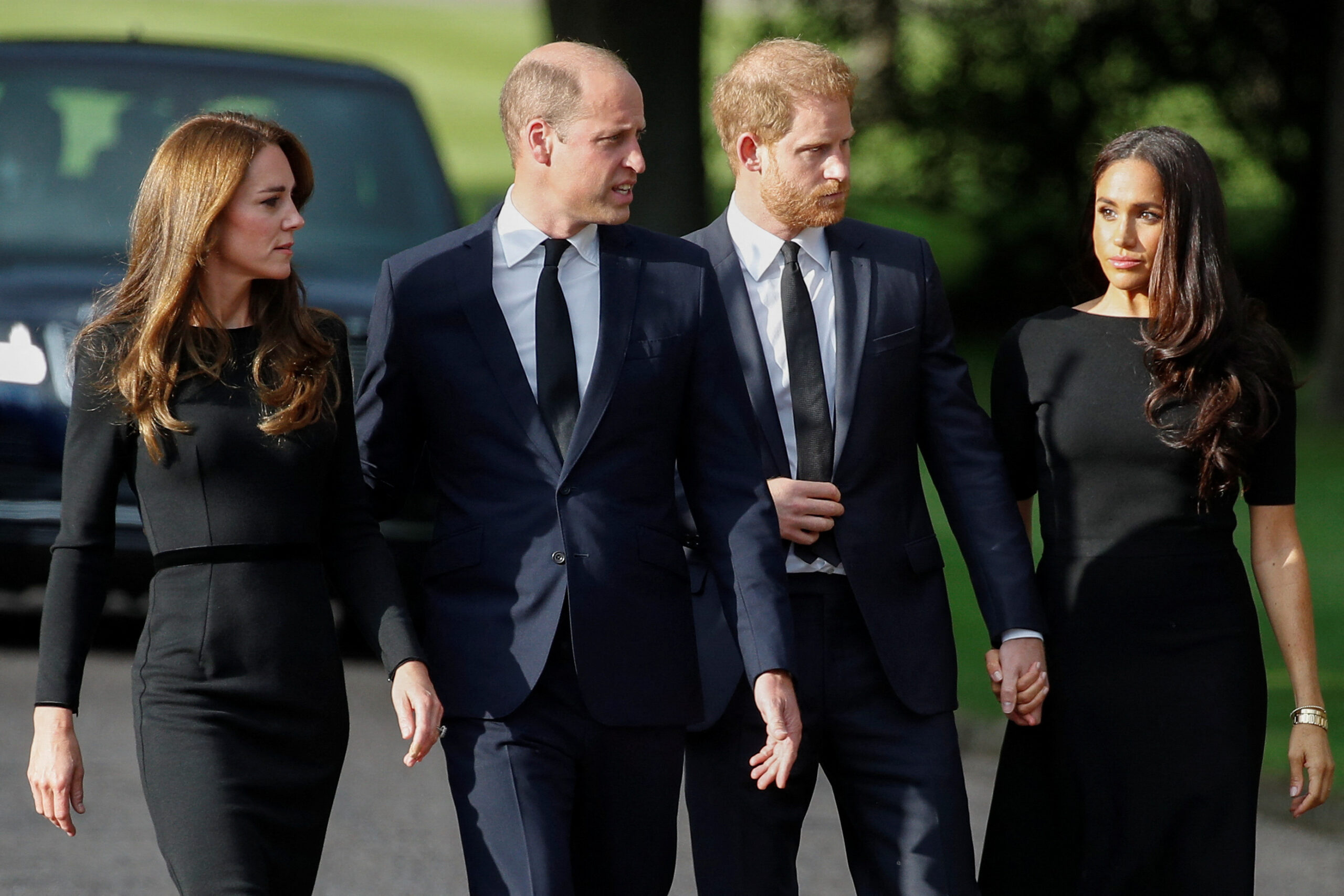 The ever-exploding Meghan & Harry
mega-melodrama is all about one thing,
AND ONE THING ONLY… … …

… maintaining the appearance of ‘purity’
of the British royal bloodline.

Because Prince Harry is well-known throughout the royal family to be the bastard son of Princess Diana and her not-so-secret paramour Major James Hewitt … and Meghan Markle is at least 43 per cent Nigerian black as well as a native-born American divorcée, the well-concealed masters of the House of Windsor quite deliberately set up this never-ending global drama and epic sibling rivalry. See: Here it comes! Harry & Meghan (Trailer)

In this way, the royal handlers intend to forever kill any and all chances of Harry ever becoming king.  And, it’s quite likely that none of the royals involved in this sordid affair (except perhaps King Charles) have been informed of this highly manipulative scheme, although some have probably figured it out by now.

It’s entirely true, the Khazarian Cabal has completely controlled the British Monarchy for centuries just as they controlled the English kings and queens before them.  In the course of time, the City of London, which was originally founded by the Romans as Londinium in 47–50 A.D., was totally taken over after the Khazarian diaspora circa 1000 A.D.

It’s also true that Lady Di was assassinated for similar reasons: the House of Windsor, which is actually more Germanic than British in bloodline, would simply not tolerate a marriage between the former Princess of Wales and Dodi Fayed (aka Emad El-Din Mohamed Abdel Mena’em Fayed), a Muslim Egyptian film producer. could be posited that the Harry & Meghan drama is just a convoluted continuation of the Charles and Diane drama.  And no one does crazy convoluted dramas like the Khazarian Cabal.  After all, Netflix is their primary production platform featuring the BIGGEST drama queens on the world stage today.

Submitted by The Royal Watchers
State of the Nation
December 7, 2022

SOTN Editor’s Note: The preceding exposé left out the biggest piece of the Khazarian royal plot: to stealthily install the Harry-Meghan power couple into the White House.  The moment these two soon-to-be former royals moved from the UK to the US they set themselves up as the wokest power duo on Earth.  There’s not a single super-progressive issue that these two ultra-liberals  are not championing.  You name it, they stand behind it, especially if the Democrats Party does.  They are meant to be the new Democrat darlings of the Third Millennium.  Just like mulatto Manchurian Candidate Barack Hussein Obama was born and bred in a C.I.A. petri dish, so, too, was mulatto Meghan Markle.  They even share the same birthday—AUGUST 4. See: Is there any question that Meghan Markle was groomed to be POTUS just like her fellow mulatto, August 4th baby and Manchurian Candidate Barack Obama was?!