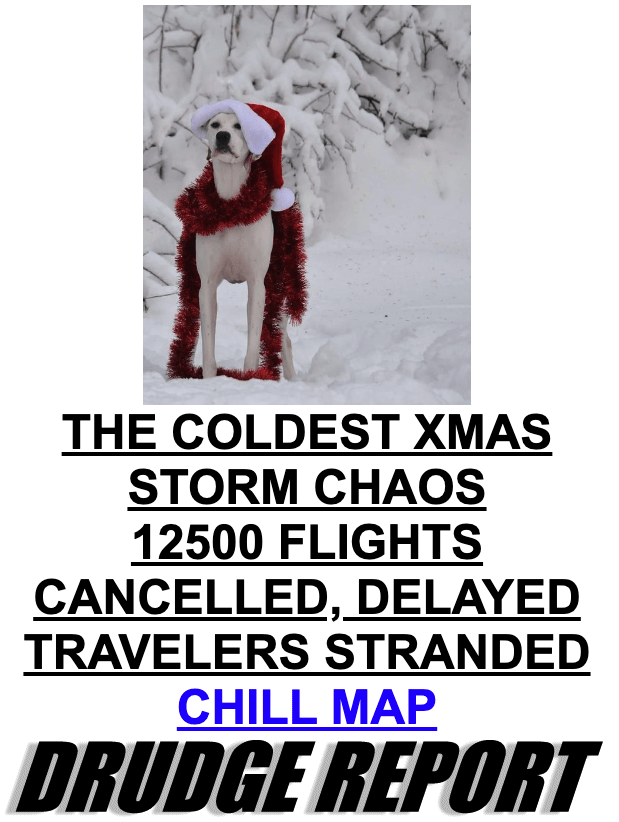 It ought to be obvious to every sentient American by now that the United States has been the target of many a seasonal series of stealthy acts of geoterrorism over decades.  Of course, when those acts of weather warfare are aimed at a large geographic area, it becomes full-scale weather war as the USA is experiencing this Christmas weekend.

A seasonal series of geoterrorist attacks on American soil simply means that during hurricane season, from June 1st through December 1st each and every year, the geoengineers first intensify and then aim their superstorms at specific targets on the southeast U.S. coastline.

Similarly, during the cold season, the same geoterrorists and weather warriors manufacture “winter bomb cyclones” to throw whole regions of the country into chaos and confusion followed by cleanup.

Yes, hurricanes have always happened during Hurricane Season just as snow storms have predictably occurred throughout the North American winters … but not like these Frankenstorms (see screenshot above).

In other words, the NWO geoengineers can either hijack a nascent storm and rev it up way above where Mother Nature would have taken it; or, they can engineer a superstorm from scratch as they did with Hurricane Ian which they used to utterly devastate parts of Southwest Florida this past September.

KEY POINTS: The 2022 Hurricane Season saw only two named superstorms hit the U.S. coastline. Both quite implausibly made landfall in Florida.  The first manmade superstorm slammed into the southwest coast near Fort Myers before the midterm elections while the second geoengineered hurricane whacked Florida’s Atlantic Coast. How does that really happen except with highly purposeful design?! Surely, the NWO globalist wanted to rig Florida’s gubernatorial election to defeat Gov. Ron DeSantis by wiping out those deep RED Republican-voting counties (which hey did); then, they rained on his victory parade on November 10th just two days after he won on Election Day.  And yet many still refuse to see this obvious mega-sabotage via geoterrorism. 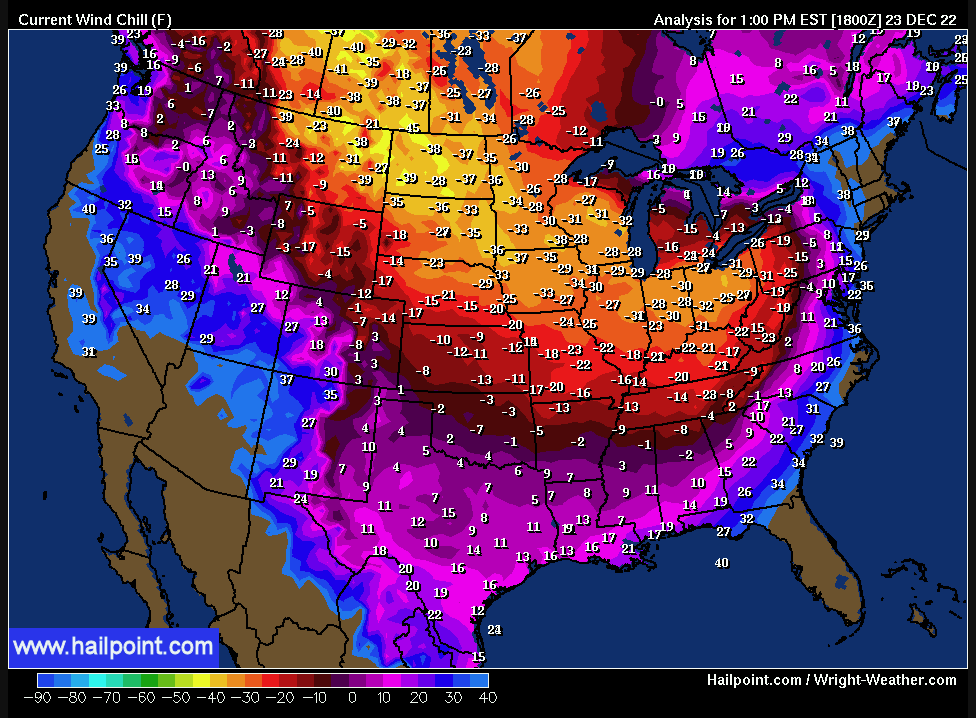 It should come as no surprise to any resident of the 50 states that the New World Order globalist cabal would take great pains to wreck and ruin the 2022 Holiday Season.

Not only do these Khazarian-directed geoterrorists detest what Christmas stands for, they only want to see every Christian nation on Earth start the New Year in the state of complete chaos, confusion and conflict.  Look at all of Europe today.  Look at the United States and Canada.  Look at Ukraine and Russia.  Look at Brazil and Argentina.  Look at Australia and New Zealand.  Etc., etc., etc.

There are numerous reasons why the Khazarian Cabal was intent on wreaking havoc via its powerful weather weaponry this Christmas season throughout North America.  The most self-evident NWO ambitions are as follows:

I.  To greatly weaken and/or collapse state, regional and national energy grids from the North Midwest to Deep South and from the East Coast to the West Coast

II.  To further sabotage and/or collapse the food supply by wiping out vast swaths of agricultural acreage especially where winter crops are vulnerable.

III.  To mass murder some of the millions of homeless and inadequately housed individuals across those regions of the country undergoing an unparalleled deep freeze (See “wind chill” map above)

IV.  To distract the American people from the ongoing grand thefts from the U.S. Treasury being conducted before the 118th United States Congress meets on January 3, 2023

V.  To  divert the attention of the U.S. citizenry from the countless war crimes and crimes against humanity committed by the Biden administration, particularly those perpetrated in Ukraine, Syria, Afghanistan and Somalia.

VII.  To manufacture a sufficient level of chaos, confusion and conflict nationwide so that the Democrat/RINO Uniparty can carry out their traitorous plan to conspicuously overthrow the U.S. Federal Government via a bolshevik revolution

VII.  To forever cancel the American Republic and bankrupt the US Corporation before installing a totalitarian government in Washington, D.C. which will employ the very worst aspects of both fascism and communism

VIII.  To, as much as possible, get all Christmas celebrants and New Year merrymakers talking about the inclement weather instead of the naked treason and treachery POTUS Imposter Joe Biden and his scandalous son Hunter are notorious for.

XI.   To create the optimal environmental conditions, both inside and outside, for as many Americans as possible to get sick, especially with COVID-19 so the Plandemic perpetrators can aggressively hawk the lethal Covid ‘vaccines’ throughout 2023

X.  To wreck and ruin the year-end holiday season after an exceptionally ruinous year, particularly when so many folks really needed time off to heal or a vacation from the work grind or a respite from so many political and social setbacks as well as financial and economic misfortunes

But how on Earth do they create these calamitous winter Frankenstorms?!

By methodically manufacturing immense volumes of
artificially nucleated ‘snow’ after geoengineering a
very deep freeze—THAT’S HOW!!!

In point of fact, the recently named “bomb cyclone” and “polar vortex” as well as the more familiar “Siberian slam” and “Arctic cold front” are merely gaslighting terms used to cover up these massive, manmade, false flag geoterrorist operations where Mother Nature is cunningly blamed for the meteorological catastrophe.

To be continued between holiday events —