Why were those 1000 houses really torched via DEWs during the geoengineered windstorms outside of Boulder CO?!

OPERATION TORCH COLORADO:
Who, Why & How 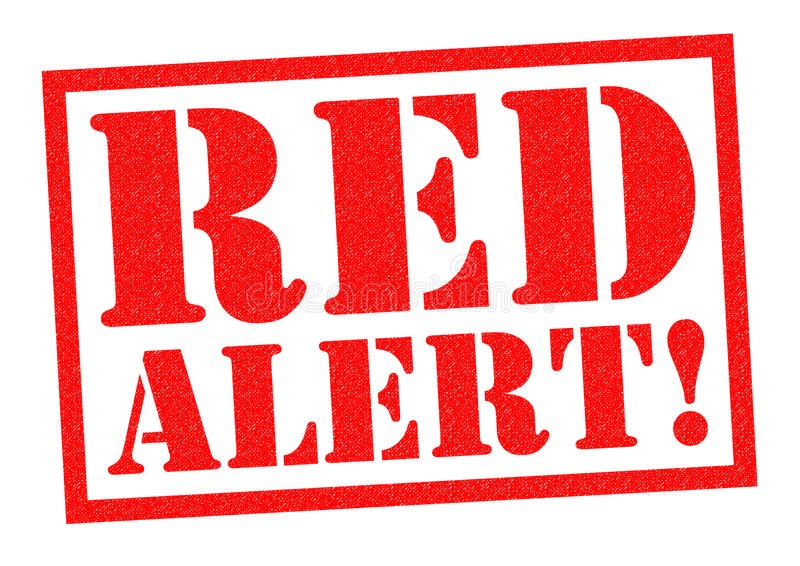 All of these false flag, weather warfare attacks are aimed at a specific
target.  It could be a targeted individual or family, an advocacy group
or secret society, a political action group or NGO, a small company or
large corporation, a city or county, etc.  Or, it could be a clandestine
intentional community of white hats, whose mission is so sensitive
and crucial, they all need to domicile in the same subdivision or rural
locale as a means to communicate with each other without using any IT devices.  Those white hats all know that each and every digital commu-
nication — WITHOUT EXCEPTION — is closely monitored and always
recorded no matter how ‘private and secure’ their information techno-
logy or telecommunication platforms may be.  Hence, because of the
extreme sensitivity and urgency of their various covert operations,
these REAL white hats must live close enough to each other to quickly
and efficiently communicate.  All the while these brave Patriots know
that, due to the gravity of their endeavors, they can be taken out just
like U.S. Army financial management/audit team (auditing the
Pentagon’s missing $2.3 trillion) was liquidated when the US Navy-
launched cruise missile demolished their Pentagon offices on 9/11.

Now that our intel expert has explained why most of these seemingly random DEW and/or Microwave attacks are carried out in the midst of a geoengineered superstorm, it’s important to understand that Agenda 21 and 2030 Agenda for Sustainable Development are also driving many of the larger false flag geoterrorism events that destroy parts of a state, large swaths of a county or an entire town or small city.

The key point is that the weather warriors and pyroterrorists employed by the New World Order globalist cabal always accomplish multiple objectives with these never-ending acts of geoterrorism.  For example, forcing residents to move off their ancestral lands has been going on for millennia whenever the power elite covet those territories for their strategic location or natural resources.  Isn’t that exactly what the deceitful UN agendas are all about?!

Let’s face it, the now palpable and pervasive fear of FIREGEDDON alone, which is now generated with each wildfire season throughout the West, is causing mass migrations away from the entire region.  Folks from California are moving to Colorado only to find out that they will be weather-assaulted and pyro-attacked there as well.

However, there is a common denominator to many of the most recent false flag geoterrorist attacks.  All of the governors of the deliberately targeted states are Democrats!*  Democrat governors, in general, are much more easily fearmongered into implementing the NWO agenda than Republicans.  Although the RINO guvs have demonstrated that they will also bend to the globalist will with the right combo of carrots and sticks.

Not long before these manmade firestorms were geoengineered outside of Boulder, Colorado, the state of Kentucky was severely weather attacked by massive geoengineered EF4 tornadoes that wiped out whole towns.  Since when do tornado swarms occur in December, spawning over 70 tornadoes and tear through the Mid-South, unless they are purposely geoengineered.  As follows:

There was absolutely nothing natural about the recent firestorms and resulting damage that just occurred in the town of Superior as well as the cities of Louisville and Broomfield outside of Boulder, Colorado.

What follows is a highly informed comment posted by a professional firefighter who is especially experienced with wildfires. 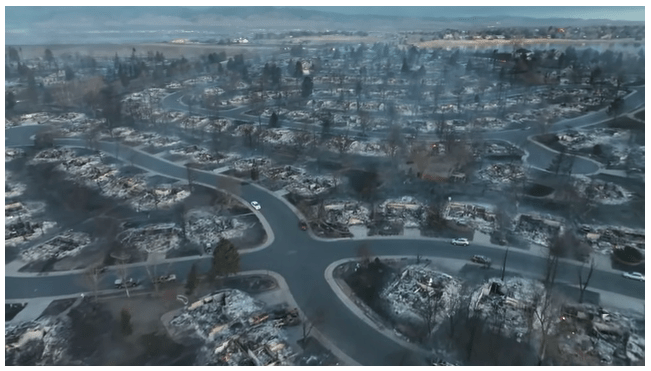 The preceding FIREGEDDON photo of Louisville, Colorado illustrates some of the most glaring of those “Unnatural Anomalies” explained by the knowledgeable firefighter.

So does the screenshot below raise obvious questions about how a so-called wildfire can be so selective in choosing its targets.  Or, were these targets selected by drone or satellite-based directed energy weapons which have been deployed for several years in strategically-placed low Earth orbits. 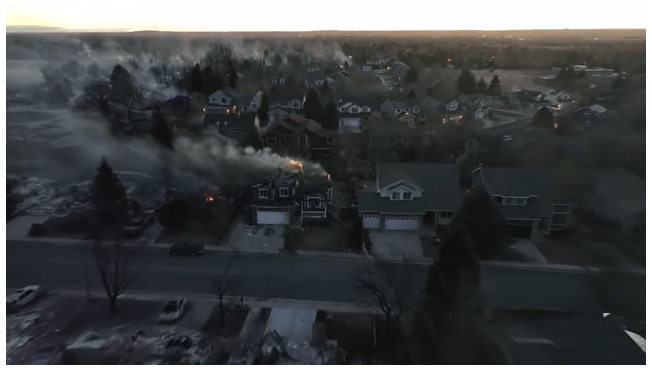 For a more comprehensive look at the apocalyptic destruction wrought by these purveyors of disaster capitalism, please view the following video documentary of OPERATION TORCH COLORADO.

Bottom Line: In this age of highly advanced weapon technology, whenever the banksters want to take over some prime real estate or a particular piece of public property, or the government wants to execute eminent domain without going through all the formalities, or one political party wants to quickly neutralize the opposition, the colluding FBI, CIA and Deep State are all happy to accommodate them.  Local law enforcement, too, is always willing to cover up these egregious crimes against humanity, as is the local and national mainstream media.  Of course, every fire marshal in Colorado knows that a house does not burn up like the one pictured below where metal melted and other building materials are literally vaporized. 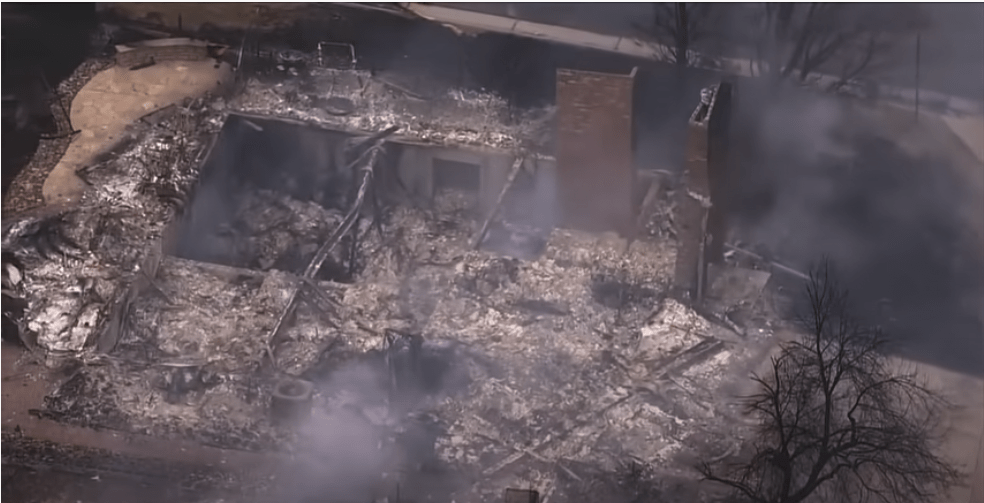 By the way, didn’t we all see similar post wildfire photos of whole neighborhoods burned down to the ground after the geoengineered and DEW-triggered Camp Fire in Paradise, California?! (See photograph below) That particular phase of OPERATION TORCH CALIFORNIA in went on to “destroy nearly 14,000 homes, more than 500 businesses, and thousands of other structures” during November of 2018.  As a matter of historical fact, that Camp Fire campaign of pyroterrorism turned out to be the deadliest and most destructive wildfire in California’s history.

A neighborhood in Paradise, California, consumed by the Camp Fire.Noah Berger/AP

Going forward in 2022, every Patriot ought to be more self-protective and street smart than ever.  Especially those REAL white hats who are carrying out missions to save the American Republic, where they live, work and play have never been more critical.

Sometimes the best place to congregate and communicate is right in the belly of the beast.  In this way, members of the Patriot Movement are afforded the some of the same protections and safeguards as the dark side because of the inherently safe location.  Undercover intentional communities are always sitting ducks no matter where they’re situated, and the current Covid biowar only accentuates that stark reality.

Just look at the Middle East where Palestine looks like a dystopian, post-apocalyptic wasteland existing right next to the modern safe cities throughout the Zionist state of Israel.  Palestinians would do much better by taking up residence in TelAviv or Haifa or West Jerusalem to avoid the constant Israeli attacks carried out to drive them from their ancestral lands.

The classic balkanization of the former Yugoslavia is another graphic example of this destructive dynamic of disaster capitalism as are many of the major cities of the United States, each a blue urban island (and unmitigated disaster area) within a sea of rural red flyover country.  Chicago and Detroit, LA and San Fran, NYC and Philly, Baltimore and Atlanta, Seattle and Portland, New Orleans and Houston, Miami and Charlotte are but a few concrete and asphalt jungles which have been wrecked and ruined forever.

Clearly, in view of these cataclysmic December attacks on both Colorado and Kentucky, heartland cities like Denver, St. Louis, Nashville, Memphis and Louisville are now in the crosshairs.  The NWO globalist cabal essentially wants the entire USA living in fear so that the American people will comply with their dictates driven by their bogus CO2 climate change narrative.

KEY POINTS: It’s true, when the Covid Plandemic finally runs its course, ‘Climate Change’ will be the next bogyman facing all of humanity as never before. POTUS Imposter Joe Biden was installed by his globalist masters to aggressively prosecute the ongoing “War on Global Warming“.  That’s why the chemtrail spraying operations since his Inauguration Day have seen a dramatic increase, not only throughout American skies but around the globe. In point of fact, the amount of geoengineered water vapor production worldwide as of January 20, 2022 has been overwhelming and unparalleled.  Water vapor is the primary greenhouse gas by volume which is now driving the fabricated climate change, not human-generated CO2.  The climate con men know that unrelenting chemical geoengineering of the atmosphere is producing massive chemcloud cover across the planet.  This immense cloud cover traps the heat closer to the surface of the Earth and creates a highly conducive environment for so many violent and calamitous weather events to occur both ‘naturally’ and manmade (via various weather manipulation techniques and climate modification technologies).

In this way, the elites intend to exert complete command and control over the entire planetary civilization.  By controlling the local weather and regional climate patterns the world over, they also plan to effectively control all natural resources.  Then, The Powers That Be will try to establish their long-planned One World Government to legislate and enforce draconian laws ostensibly to minimize the effects of climate change.  In reality, the central organizing principle of this emerging Global Control Matrix is rooted in fascist-communist totalitarianism where the masses forever serve the power elite.

Anyway, that’s the present phase of the New World Order agenda which the globalists will attempt to significantly accelerate in 2022.  But, remember, even “the best laid plans of mice and men often go awry”.