How is Russia tolerating the West’s arming of Ukrainian forces?!?!

Ukraine recently got armed with portable hand launchable star streak anti aircraft missiles from Britain. They have a range of 7 miles, go mach 3.5 and spin in a tight 1.5 meter circle to give them a better chance of hitting. To top it off, they are point and shoot. An idiot can down a fighter jet with one. Crude pointing is all they need.

Weapons like that british missile system need to be kept in the proper hands, and that’s not reality in Ukraine. The West just handed “Ukrainian chaos” weapons that can down ordinary commercial jets anywhere. Is Ukraine, which is intentionally targeting and murdering civilians en masse trustworthy with that type of weapon? NOPE!

Here is a screen capture from a YouTube video where a real Ukrainian said it like it is. 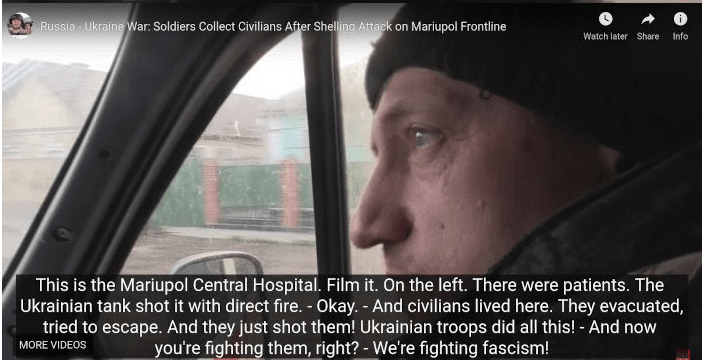