How the CIA and MI6 Built a Criminal Empire in Ukraine 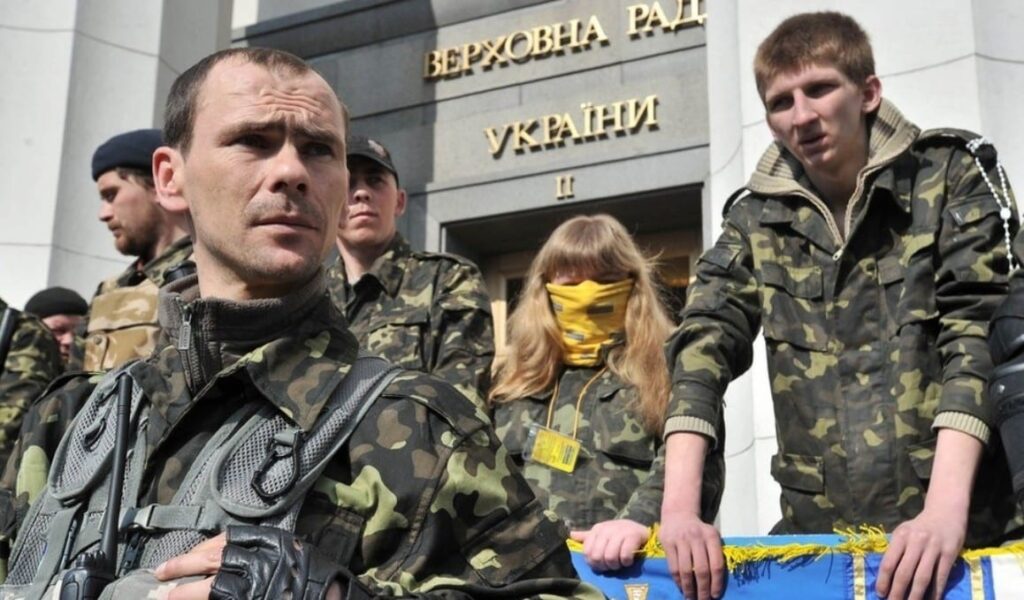 Former Prime Minister of Ukraine Mykola Azarov, in an interview with RIA Novosti , published on April 11, said: “After Zelensky came to power, Ukraine was given, so to speak, under the tutelage of the British special services, the Mi-6 is very closely, seriously engaged … A unique case in the world practice, negotiation, when the president of an independent country, during a visit to London, to England, went to the headquarters of Mi-6, had a closed private meeting with the head of British intelligence … By the way, no one demanded a report from him … The British are very closely guarding Ukraine … “

And the next day, on April 12, on the same topic, but in a broader aspect, the Voltaire website published an article by the famous French journalist Thierry Meyssan “The connection of MI-6 and the CIA with Bandera.”

Repeating well-known facts, Thierry Meyssan recalls that this connection was established immediately after the end of the Second World War. In 2007, the CIA organized a congress in Ternopil, Ukraine, to bring together European neo-Nazis and Middle Eastern jihadists to form the Anti-Imperialist Front. The congress was attended by organizations from Lithuania, Poland, Ukraine, as well as Islamists from the Crimea, Adygea, Dagestan, Ingushetia, Kabardino-Balkaria, Karachay-Cherkessia, Ossetia and Chechnya. Doku Umarov, the self-proclaimed emir of the banned in Russia “Ichkeria” *, which the UN considers a member of the banned in Russia “al-Qaeda” *, sent a welcoming address to the congress. Dmitry Yarosh became the chairman of the Anti-Imperialist Front, who together with Andrei Biletsky created the Right Sector * banned in Russia, and then the Azov battalion * banned in Russia.

In the eight years since the February 2014 coup d’état, carried out with the active participation of Yarosh’s militants, the ranks of Ukrainian neo-Nazis have multiplied. Germany and France, the guarantors of the Minsk agreements, impassively looked at what was happening, the UN also turned a blind eye to this.

Since November 2021, Yarosh has been an adviser to the Chief of the General Staff – Commander-in-Chief of the Armed Forces of Ukraine, General Zaluzhny. Thierry Meyssan argues that Yarosh’s appointment came at the urging of Victoria Nuland, which is quite possible given the way Ukraine’s external governance system works, which has grown stronger over the past eight years. Today, neo-Nazi-Bandera recruits mercenaries from Canada, France, Germany, Poland, Great Britain, the USA, as well as cadets from the military academies of these countries.

To this we can add some details related to the organization of the provocation in Bucha. Oleg Tsarev , former deputy of the Verkhovna Rada, says:“The “event” itself was conceived by the Mi-6. The command from the British advisers came to the head of the Counterintelligence Department of the SBU Alexander Poklad. Poklad forwarded the order to the Boatswain. Boatswain – Sergei Korotkikh, a neo-Nazi, a murderer and a dollar millionaire … Avakov created the Directorate for the Protection of Strategic Objects especially for him, where he employed Boatswain and one and a half thousand of his fighters. Poklad, organizing a provocation in Bucha, solved two problems. The first task is the disposal of bodies. Shortly before the start of the military campaign, I wrote that lists were drawn up in every region and city of Ukraine to eliminate objectionable persons in the event of a military clash with Russia. In Kyiv, this list is especially extensive. Both counterintelligence officers and neo-Nazis were involved in the elimination of unreliable people. The bodies were taken to the forest near Irpin in order to in order to pass them off as victims of hostilities in the future. When the order came from Poklad, the boatswain collected the bodies and took them to Bucha, and set up an allegedly old mass grave, which was left after the Russian troops. In addition, the boatswain instructed to shoot the civilians of Bucha to create a picture and leave the corpses along the road “…