WHY RUSSIA?! Why is the Russian bear always the bogeyman?

Because no other country on Earth
scares the bejesus out of the satanic
Zio-Anglo-American Axis like Russia
does—THAT’S WHY!

The real story — the many intersecting and parallel back stories — that explain the long and complicated history of Russia vis-à-vis the traditional Western powers (now known as the Zio-Anglo-American Axis) can be summed up in the 16 major bullet points listed below.

There is a common thread that runs through all sixeen points which is obliquely illustrated by the following map of the Russian Empire of 1914.  The geographic and geopolitical implications of this map especially underscore the profound and pervasive Russophobia that has dominated Western civilization over the centuries.  It also graphically conveys that the systematically manufactured Russophobia by the kleptocratic Western power elite is all about stealing Russian land, natural resources, industrial capacity, slave labor, technology and any other wealth/assets they can get their hands on. 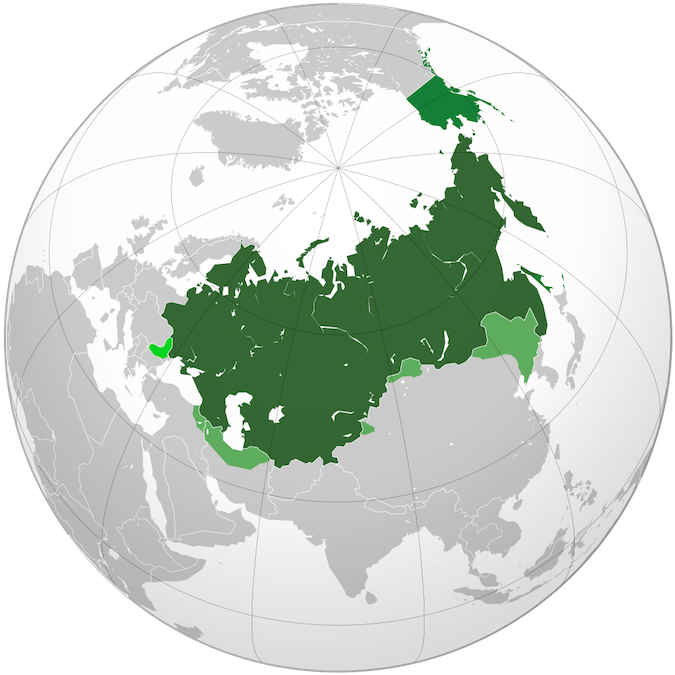 KEY POINTS: The larger the landmass of any nation, the longer the borders which must defended. Warmongering countries always know which nation-states are conquerable. Their inordinate greed will especially impel them to target those nations which are natural resource-rich and possess large territories. First, they will send in all sorts of warring thieves who will rape, pillage and plunder the coveted lands as a test to see how much theft they can get away with. Then, they will perpetrate all sorts of false flag attacks and special operations by which to provoke the victimized nation into reacting militarily.  Just as the Zelensky’s Nazi administration is doing in Ukraine today as countless civilians have been ruthlessly killed by the Kiev-directed AFU only to be falsely blamed on Russia. In this way, the mainstream media throughout the Zio-Anglo-American Axis is being utilized to generate intense Russophobia worldwide which will then be channeled into a highly coordinated call for World War against the Russian Federation. This same deceitful playbook has been used by the Western powers to exploit defenseless nations large and small over the course of the Second and now Third Millennium.  Today, their main target is obviously Russia.

The map above depicts the third largest empire by landmass ever established in recorded history—the Russian Empire as it existed during the second decade of the 20th century.  That’s the same year that World War I was triggered by the Zio-Anglo-American Axis and three years before the Western powers conspired to launch the Bolshevik Revolution of 1917.  Predictably, both of those earthshaking events occurred soon after the unconstitutional Federal Reserve Act of 1913 was illegally pushed through the US Congress.

Herein lies the crux of the problem for the people of Russia: Successfully defending such a large nation, which is nearly twice as large as Canada, China and the United States — the next three largest countries on Earth — makes it quite vulnerable to invasions/incursions/attacks by major military powers and terrorist groups alike.

There are at least 16 major historical events / geopolitical dynamics / global conspiracies / international plots which have set up Russia to be the target of the US-UK-UA-EU-NATO terror group today, as it often has been for over the past 1400 plus years.  As follows:

(1) Kingdom of Khazaria vs. Rus’ people

(16) British-American plot to stage regional wars between, first, Russia and EU members of Eastern Europe; then, between Russia and NATO; finally, between BRICS plus the Global South and the Western Powers plus allies within the Zio-Anglo-American Axis.

It ought to be self-evident that volumes could be written about these 16 topics related to the “forever war” against Russia, each of which would further illuminate the convergence of circumstances which have set up the Ukraine War as a precursor to a long-planned World War III.  For example, this article exposes just the tip of the iceberg where it concerns the intensity of the religious wars going on under the radar in Ukraine for centuries: The Inevitable Clash of Christianities Explodes in Ukraine.

In order to correctly understand some of the most relevant history and catalytic events  contributing to this rapidly unfolding global conflict, an indispensable compendium of articles/essays is presented here: WAR OF THE TITANS 2022: Essential History and Background.

No matter how you look at it: It’s gonna get ugly—REAL UGLY!  The Ukraine War represents the perfect flashpoint for the Neocon Zionist warmongers to trigger a full-blown World War 3.  It’s their most effective way to create maximum potential for their perennial Ordo ab Chao strategy by which to roll out the GREAT RESET and implement their New World Order agenda.  Just as WW1 set up the League of Nations and WW2 set up the United Nations, the NWO globalist cabal intends for WW3 to provide the optimal post-war environment to form a One World Government.

NATO is now bombing towns inside of Russia via proxies.  The Zio-Anglo-American Axis is committing acts of terrorism throughout Russia almost daily.  The Ukraine military and Azov Battalion Nazis are ruthlessly killing Russian speakers wherever and whenever they think they can murder with impunity.  The UK is brazenly calling for war on Russian soil after browbeating the EU nations to arm Ukraine to the hilt.  Of course, the Biden administration uses every opportunity to greatly inflame the Ukraine War and prevent a diplomatic solution while recently calling for $33 billion in new military aid to Kiev.

Bottom Line: It going get a LOT worse before it gets better … and with each passing week the provocations get bigger as do the extraordinary risks associated with gross miscalculations on both sides, leading to a much wider war and/or serious threat of a nuclear confrontation. See: The U.S. Is Leading The World Into A Nuclear War — Retired Marine Colonel

Lastly, it appears that only divine intervention can short-circuit this accelerating downward spiral into full-scale world war.  Hence, people everywhere need to supplicate the Higher Power in order to avert this looming global cataclysm.

However, there’s always this distinct possibility going on in the background: Is the Higher Power using Putin’s [RISKY] Russian brand of liberalism to set up an era-ending smackdown of US-UK hegemonic imperialism?

Map of Mongolian Empire at its largest point 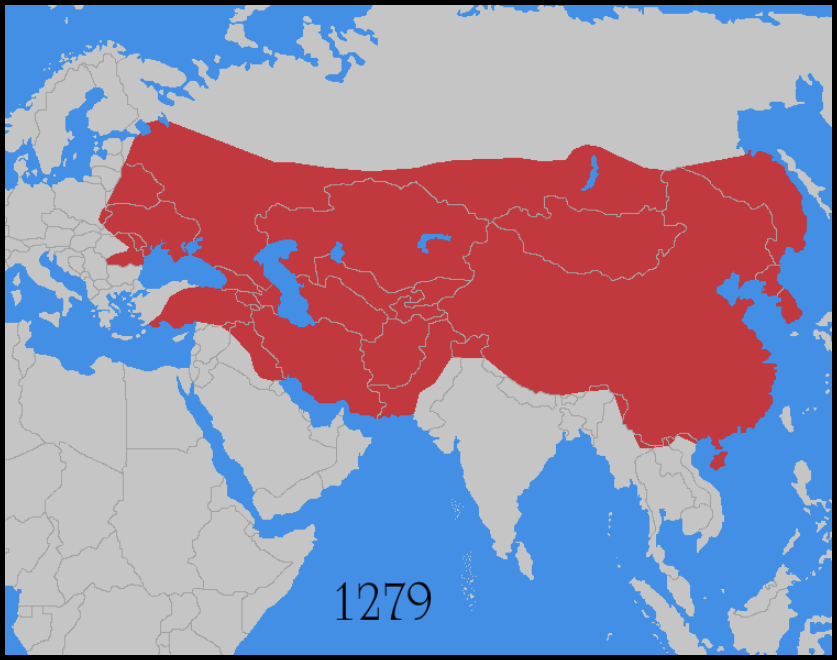