As always, “Qui bono?”  Which is why it was Chief Justice John Roberts who leaked Alito’s Roe v Wade opinion!

“The so-called SCOTUS leak was definitely a leak, but not by the expected and usual suspects.  It was none other than Chief Justice John Roberts himself who leaked Justice Samuel Alito’s opinion on Roe v Wade.  Roberts unlawfully authorized the leak in order to show the conservative justices how serious the [PERSONAL] consequences would be if they voted to overturn Roe v Wade.  Then he ordered “special ops” to stage unruly protests against Justices Kavanaugh and Alito (hoping to intimidate them), as well as in front of his own home to escape suspicion.  Roberts also arranged for the following: the pro-abortion organziation “Ruth Sent Us” announced it would be hosting a “walk-by” on May 11, outside the Virginia and Maryland homes of conservative Justices Amy Coney Barrett, Brett Kavanaugh, Clarence Thomas, Samuel Alito, John Roberts and Neil Gorsuch.)  In this way, Roberts intended to compel each of those justices to reconsider their final vote on the most explosive case in SCOTUS history—Roe v Wade.”

To date, Chief Justice John Roberts has not identified anyone in connection with the wrongfully leaked opinion; nor will he, unless he puts forward a scapegoat to cover his own culpability.  The NSA, CIA and FBI have all the necessary cybersecurity technology to zero in on the leak in 3 seconds flat.  They knew who did the dirty deed before it was even done.  Which means that another endless investigation will be conducted until everyone forgets about the crime.

N.B. The following article makes clear that the SCOTUS decision is by no means settled business.  And that anything can still happen with this highly volatile legal proceeding and final outcome.  Traitorous NWO globalist John Roberts has shown himself to be a supreme manipulator of the Supreme Court.  Insider accounts of his deceitful court manipulations to ram through the disastrous Obamacare ruling exposed him as a consummate exploiter of political vulnerabilities; as did the Supreme Court’s perfidious refusal to overturn the transparently stolen 2020 POTUS election.

Alito’s pro-life opinion reportedly remains the only one circulated in the case so far. 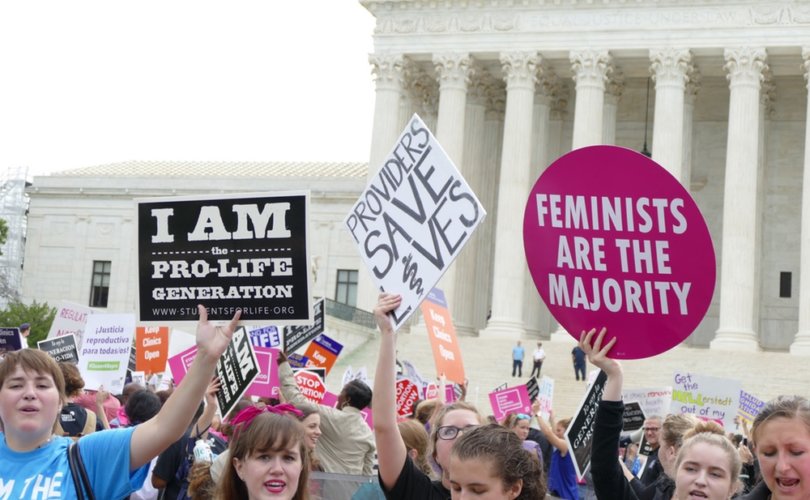 WASHINGTON, D.C. (LifeSiteNews) – Dobbs v. Jackson Women’s Health Organization was not among the decisions released Monday by the U.S. Supreme Court, meaning America will have to wait longer to know whether Roe v. Wade is really being overturned.

On May 2, Politico published a leaked draft of a majority opinion by conservative Justice Samuel Alito for Dobbs, which concerns Mississippi’s 15-week abortion ban. The draft declares that “Roe was egregiously wrong from the start,” and therefore it is “time to heed the Constitution and return the issue of abortion to the people’s elected representatives.” In response, the Court announced the draft was authentic but “does not represent a final decision by the court or the final position of any member on the issues in the case.”

It remains unclear whether the draft represents a final decision to overturn Roe, is a tentative decision subject to change, was prepared in anticipation of a majority to overturn, or was written in hopes of persuading Alito’s colleagues to sign on. Regardless, the leak has sent shockwaves across the political spectrum, with pro-lifers tentatively rejoicing, pro-abortion politicians and activists lashing out in anger, and many speculating that the leak may have been intended to pressure judges to flip their votes, or to incite hatred and threats against them.

On May 11, Politico followed up its original leak with a report that Alito’s opinion “remains the court’s only circulated draft in the pending Mississippi abortion case.” If true, that would indicate the final decision is still several weeks away, as it will take time for the justices to digest and respond to one another’s concurring and dissenting opinions.

If Alito’s opinion does prove to be the Supreme Court’s final decision, its ramifications will be drastic. More than 20 states currently have laws on the books that would effectively ban abortion within their borders upon Roe’s fall, from pre-Roe abortion bans that went unenforced to “trigger laws” designed not to take effect until a ruling like today’s. In those states, abortion would become illegal as soon as the ruling is issued.

More than a dozen other states plus the District of Columbia have laws on the books legally protecting abortion, at least three of which explicitly codify the practice as a “right.” Abortion would remain legal in those jurisdictions, as well as the remaining states that have not spelled out abortion’s status one way or another, but without Roe state residents would have the power to vote on the issue for themselves, or lobby their elected representatives to change the law in either direction.

Pro-lifers in Congress could pursue a nationwide abortion ban as well, and many pro-lifers will no doubt urge them to do so, in order to prevent states like California from attempting to keep interstate abortions thriving.