This is what happens when the power elite are at war with each other! 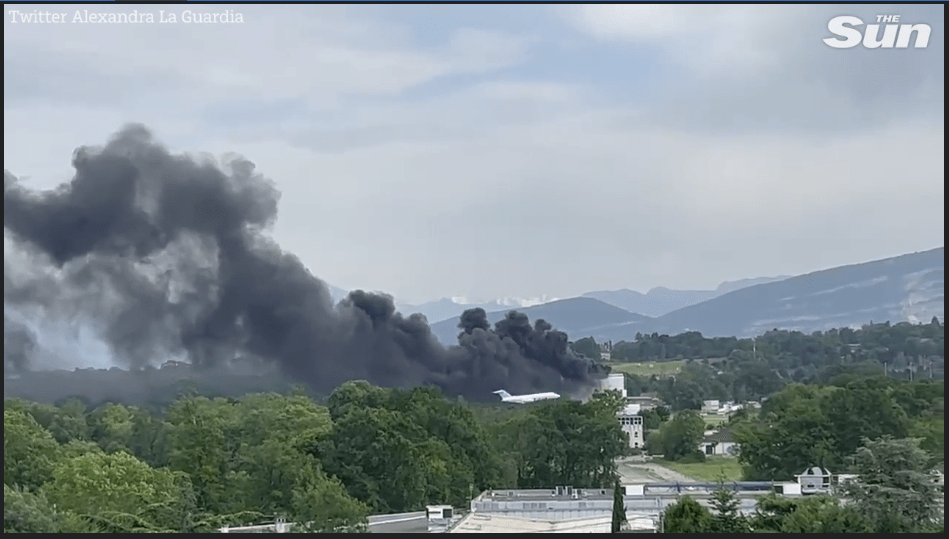 A HUGE fire has broken out at Geneva airport after a building near the runway exploded, it was reported.

Multiple explosions were heard and black smoke was seen spewing from a reception centre for asylum seekers being built in the Swiss city.

“There is a building — the new reception centre for asylum-seekers — which was under construction,” said airport spokesman Ignace Jeannerat.

“It is on fire. It is outside the airport perimeter. It is creating a lot of smoke.”

The explosions came from five gas cannisters at the site, TdG Geneva reports.

Flames spread from the top floor of the building where insulation work was taking place.

Ten gas cannisters remain at the site and there are concerns they could explode as well.

Around 50 fire fighters tackled theblaze and there are 15 fire engines at the site.

There are no reports of any deaths or injuries and one person was taken to hospital suffering from shock.

Geneva has suspended landings for the time being, while take-offs are being left to pilots’ discretion, he explained.

The airport arrivals board showed incoming flights from Lisbon, Barcelona and Madrid had been diverted, whilst others were delayed.

The runway is next to the border with France.

Later the airport said that landings and take-offs were suspended at 5.35pm local time.

The fire was brought under control at 6.30pm and there were no visible flames or smoke.

Firefighters continued to hose down the building, which is surrounded by scaffolding and tarpaulins.

The runway will be re-open initially for take offs at around 7 pm.