(Spoiler: The warning failed because the shooting was a Gladio, state-sponsored terrorism event where children were shot to advance a UN/WEF/DAVOS disarmament agenda) 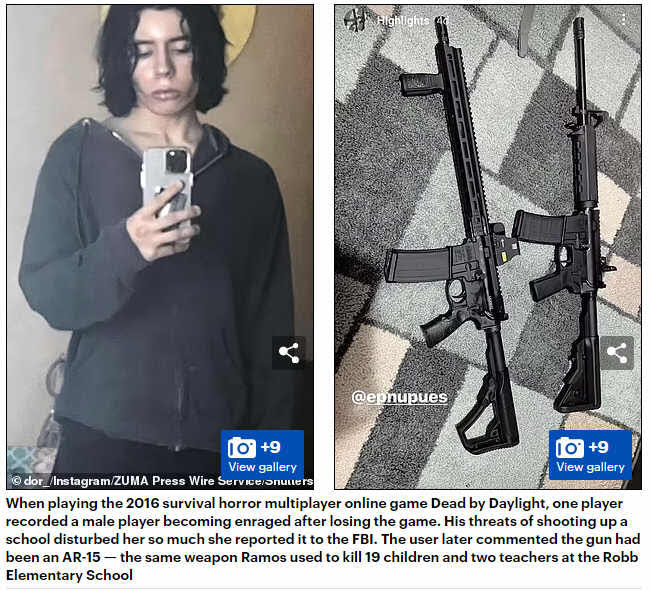 A female gamer reported a fellow online player to the FBI after he threatened to ‘shoot up a school’ when he lost their game – just hours before 18-year-old gunman Salvador Ramos killed 21 people in a Texas school massacre.

The woman, who has not been identified, was playing horror survival game Dead by Daylight – with four other people online where they are only known as their ‘gamer tag’ on Tuesday.

In the game, four players are assigned the role of ‘The Survivors’ who must hide and survive another player: ‘The killer’. If caught, the survivors are impaled on hooks and sacrificed.

But she became disturbed when she recorded a male gamer playing the ‘killer’ launching a furious tirade when he lost and ‘started saying they were going to shoot up a school’.

The ‘killer’ even claimed they would use an AR-15.