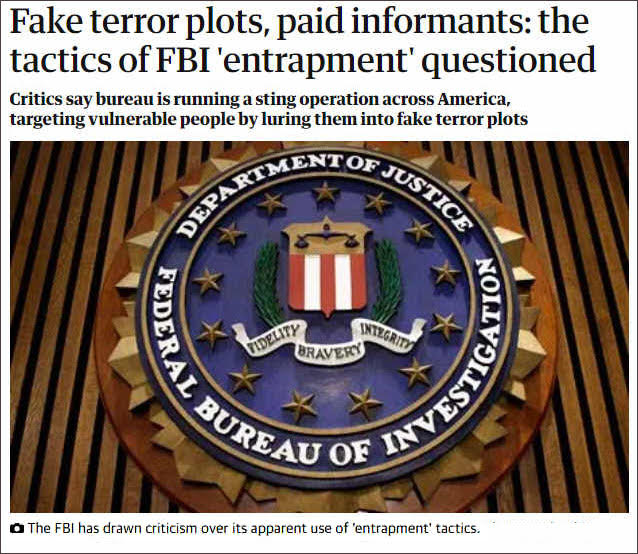 Orwell logic is apparent when Biden supplies guns and weapons for Ukraine while actively promoting gun restrictions and bans for an America increasingly vulnerable to a boots-on-the-ground takeover by embedded forces.

It’s true, but unpleasant to consider that most school mass shootings have been state-sponsored terrorism events where children were reportedly shot and murdered to advance a globalist political agenda.

A small minority of the politically insane are influenced by the NAZISM of Klaus Schwab, WEF, the UN and DAVOS corporatists in support of a One World Government under a technocratic tyranny that the Chinese communists have already cruelly implemented.

These extreme political ideologues “drank the Kool-Aid” and truly “believe” mankind should be medicated, chipped, own nothing and be deprived of all civil rights … all for the greater good of the 0.1% Billionaire oligarch class.

It’s now clear that our “teleprompted” president and many non-elected bureaucrats of the Administrative State are allowing government sponsored domestic terror to disarm Americans in preparation for the next phase of the US takeover – Economic Terrorism, financial collapse and transition to a digital currency.

For example, it would be much more difficult for authorities to shut down food suppliers if farmers had the protection of an army or organized militia.

The FBI can not be trusted to prevent terrorism in the US because they entrap victims to perform acts of terrorism. The story behind the 9/11 attacks is an epic example. Read “The Watchdogs Didn’t Bark”.

Operation Gladio was a cold war terrorist operation but remains fully deployed in the US right now.

(2)  Book: “The Watchdogs Didn’t Bark: The CIA, NSA, and the Crimes of the War on Terror”
This book convincingly establishes that named people at the CIA and NSA actively prevented the FBI from learning information that could have disrupted the 9/11 plot.
https://www.amazon.com/Watchdogs-Didnt-Bark-Crimes-Terror/dp/1510721363/ref=sr_1_16?crid=1K2J94M3UBLSR&keywords=cia+terror&qid=1653860655&sprefix=cia+terror%2Caps%2C89&sr=8-16

(3) Operation Gladio: The Unholy Alliance between the Vatican, the CIA, and the Mafia
by Paul L. Williams  (Author)

(5) Central Bank Digital Currency (CBDC) Will allow them to Seize Your Assets and Your Children (Catherine Austin Fitts)
https://153news.net/watch_video.php?v=N74XD5USD5UK

Like Sandy Hook, GoFundme is the cash reward money laundering system to pay actors who performed on camera.
https://153news.net/watch_video.php?v=YNRNUNK56HMU

Police in Uvalde Texas conducted an active shooter drill at the shooters high school (Uvalde High School) just two months before the real thing would be carried out by Salvador Ramos at the Robb Elementary School! The Uvalde Texas police force stated that “Our overall goal is to train every Uvalde area law enforcement officer so that we can prepare as best as possible for any situation that may arise.”

Apparently what the Uvalde police believe is best is to allow the shooter 40 minutes to an hour to conduct his shooting while blocking parents from going inside who are desperately trying to save their kids lives!

In this video Dan Dicks of Press For Truth reveals multiple inconstancies with what the authorities are telling us happened on that day which is paining a clearer picture day by day that this tragic event was either made to happen on purpose, or it was allowed to happen on purpose in an effort to take away the 2nd amendment rights of the American people.
https://odysee.com/@PressForTruth:4/Police-Held-ACTIVE-SHOOTER-DRILL:e?r=8cSGjqEoyncQGynLZgG9WAbC61LaBPpT
=============
Can We Have A Rational Conversation About The Uvalde Texas School Shooting? (Dan Dicks – Press For Truth)
(Unfortunately, Dan appears to buying to much into the phony MSM Cobb school shooting narrative)

It’s a sad and dark day for Americans as they have just suffered a horrific school shooting in Texas that left 21 dead, 19 of them being children from a 4th grade class. A mobile morgue arrived at the scene and before the bodies were even cold a number of people were already using this event to confirm their own political bias.

Politicians like Hillary Clinton for example are already all over this politicizing the issue to be all about gun control and the use of automatic weapons in the hands of civilians.

In this video Dan Dicks of Press For Truth shows why this is in fact a mental health issue and not an issue about guns as the powers that ought not be attempt to use this event to further their own political agenda when it comes to gaining a tighter grip of control over our lives!
https://odysee.com/@PressForTruth:4/Can-We-Have-A-Rational-Conversation-About-Texas:e?r=8cSGjqEoyncQGynLZgG9WAbC61LaBPpT
=============
(CNN INTERVIEW) A TEXAS SHOOTING CHILD WITNESS CLAIMS SCHOOL HAS A LOT OF SHOOTING DRILLS.
Suspicious interview with clumsy, seamingly rehearsed delivery by mother and purported Robb School elementary school student. The child claims they started having “drills” in Kindergarten.
https://153news.net/watch_video.php?v=SUSMKHG2K5HB
=============
Mass shooting hysteria at Robb School in Texas Seems timed to embarrass the NRA, Donald Trump and Governor Greg Abbot who failed to show at NRA Forum.
On May 27th, 2022,  Donald Trump, Governor Abbot and other luminaries were scheduled to speak at the NRA meeting forum in Houston, only days after the purported school shooting in Uvalde Texas.