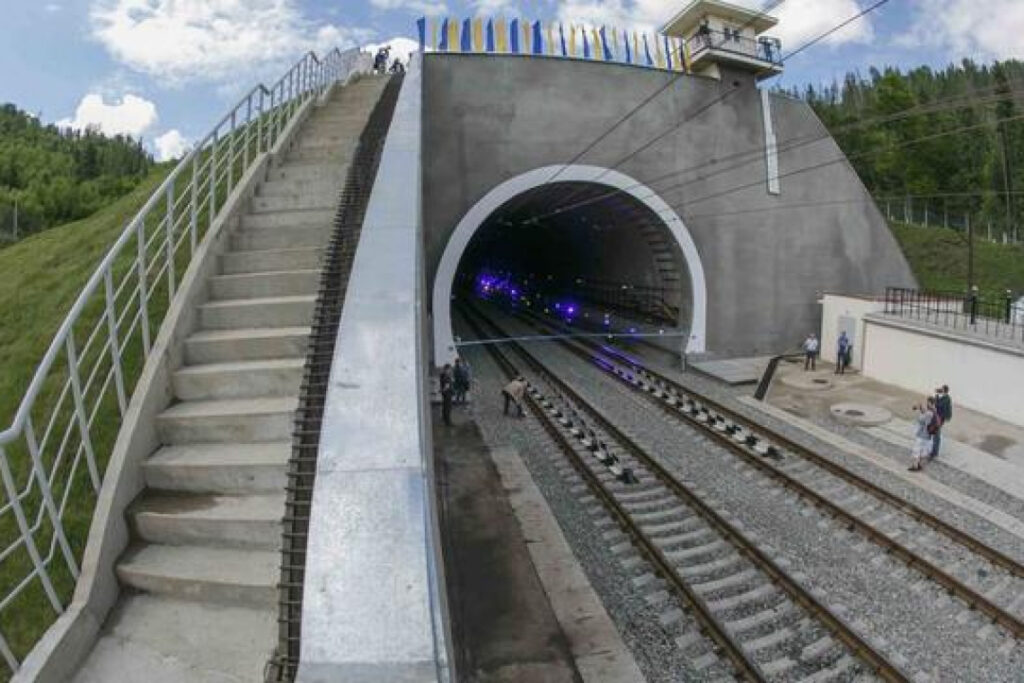 Kalibr cruise missiles fired from a Russian naval vessel in the Black Sea, entered into – and flew deeply inside – the Beskydy Railway Tunnel near Lviv, Ukraine, and detonated, destroying the tunnel.   It was a key rail route for NATO weapons being shipped into Ukraine.

The 1.8km long tunnel, travels beneath the Carpathian Mountains.  It is the second longest (after Lutuginsky ). It is part of the Lviv railway .

A historic single-track tunnel was built in 1886 during the Austro-Hungarian period . In 2007, due to the emergency condition of the old tunnel, it was decided to build a new, double-track tunnel, which was laid 22 meters south of the old one and parallel to it.

The official opening of the new tunnel took place on May 24, 2018 with the participation of the President of Ukraine Petro Poroshenko; train traffic on it began on May 25.

For Ukraine, the new Beskydy Tunnel is of strategic importance, since this route transports goods towards the western border of the country, as well as more than 60% of transit cargo towards Western and Central Europe . 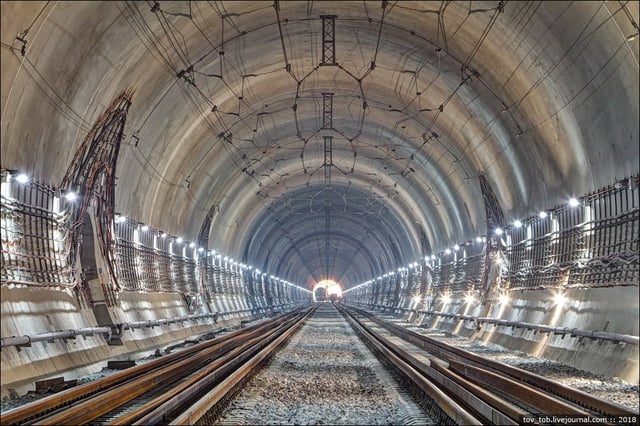 Its construction was a magnificent feat of engineering.

One month ago, on May 2, Ukraine strengthened the security of the Beskydy Tunnel, which provides railroad deliveries of weapons, equipment, fuels, and lubricants, from Central Europe to Ukraine. In Kyiv, they feared that Russia would strike at the facility to cut-off NATO weapon shipments.

“The goal is to try to disrupt the railway and stop the supply of fuel and weapons from our allies,” said Anton Gerashchenko, an adviser to the Ukraine’s Interior Minister

Now, the tunnel has, in fact, been destroyed.