Editor’s note: In the central bankers’ death cult warfare model the three most lucrative commercial enterprises are formed around weapons, drugs and sex with the United States of Lockheed Martin holding the monopoly on the weapons end. After absorbing this article for content, think about the profits made after dropping $84 billion worth of weapons off in Afghanistan for the Taliban. Those 2,298 US military killed and 20,572 injured in Afghanistan will appreciate gearing up the Taliban. They are simply the “costs of doing war.” Those US weapons and munitions dropped in Afghanistan are going to provide a lot of work for the gunsmiths working in the gun markets of Pakistan to supply guns to the black market fueling the next profitable global “war on terrorism” for the US.

Weapons arsenal of Ukraine on the Dark Web 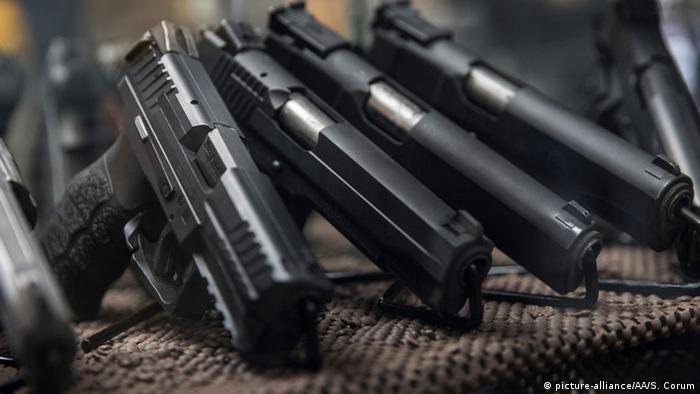 Ukraine has been inundated with tens of billions of dollars worth of NATO weapons, much of which is now for sale on the dark web and elsewhere.

Although NATO has already provided the clown prince Zelensky’s rogue regime with about $50 billion worth of materials (not that anyone is counting) to arm a mid-size nation, there is overwhelming evidence that much of these weapons are theirs found their way onto the dark web, where they are purchased by terrorists and other troublemakers and used as they see fit. While NATO is rightly concerned about this latest development, it should look at itself in the mirror to see who is responsible for this latest threat.
edge to the rescue

While the UN, the World Economic Forum, the Australian National University, and the Cambridge Independent have all commented on how to source weapons via the Dark Web, their work centers around this Rand Corp study, which we now also refer to. This Rand report shows that while the US accounts for almost 60% of firearms listings, Europe is the largest market for gun trading on the dark web, generating roughly five times the sales of the US.The report shows that 84 percent of all firearms listed were pistols, followed by rifles (10 percent) and submachine guns (6 percent). Interpol’s warning about the sale of Javelin missiles on the dark web, which the CIA is now predictably but alarmingly labeling as Russian disinformation, would be a huge step forward in such sales, like children walking from a lemonade stand to a Coca-Cola switch to gain market share.Estimating that the total monthly value of arms trades on the dark web is only about $80,000, the Rand report correctly concludes that “the dark web is probably not the method of choice for fueling conflict because guns aren’t traded to a sufficient extent and because infrastructure and services in a conflict zone may be limited”. Further concluding that “the dark web has the potential to become the preferred platform for individuals (e.g. lone terrorists) or small groups (e.g. gangs)” and various other crazies to acquire guns and ammunition While it is worth considering, such attacks are nothing compared to a series of NATO-inspired missile attacks on Serbian, Hungarian, Chinese or other passenger planes. Both the British and the Americans are on form in this regard.DW shift, the German intelligence agency’s contribution to NATO’s disinformation wars, walks us through the 101 ways to buy guns on the dark web; this is of concern to the Germans as one of their 2016 gunman obtained his gun on the dark web. The pretty DW reporter chats with an equally pretty young researcher who is adept at dark arts that the report says appear to be quite simple. You shop on the Dark Web like you would shop on Amazon or Ebay, click your orders and checkout. Glock, Colt, Sig Sauer, Beretta, Ekol-Voltran, Ruger and Smith & Wesson are, in that order, the most popular buys. The pretty misses from DW Shift inform us that we,

Appearance of the IRA

Anyone who believes NATO is providing false information deserves every minute of jail time they get. The Irish Republican Army (IRA) and its offshoots are proof that such purchases are not for DW Shift’s casual browser. If medium weapons have been difficult for the IRA to source, then you might want to think twice about shopping on these dark sites.

This New York Times article shows how the CIA armed the IRA to prevent the IRA from shopping elsewhere. That the CIA now controls the IRA through the 1998 Good Friday Agreement shows how successful this strategy has been.

The CIA was not, of course, the IRA’s only American supplier. CIA agent and Boston mob boss Whitey Bulger also sent them boatloads of guns, which were duly confiscated. Although Libyan leader Muammar Gaddafi has become a much more important source, obtaining arms is not easy as there are countless well-funded parties who want to prevent you from doing so.

This is illustrated by the case of Liam Campbell, who was recently extradited from Ireland to Lithuania for allegedly trying to procure arms for his rump faction of the IRA. Since a series of Irish MI5 agents led by Dennis McFadden have lured Palestinian doctor Issam Bassalatt and other gullible individuals into a gun trap, and CIA agent David Rupert has the leader of the Rump IRA jailed for 20 years, the Dark holds Web even more than Amazon or Ebay: caveat emptor, buyer beware. Unless you’re a member of a MI5-controlled death squad tasked with killing Catholics, you can import weapons from South Africa or Australia to do what MI5 thinks is necessary.

So the Irish lesson is that if you want to get arms for a sectarian or other campaign, you have to work with either governments or gangsters or both to get the necessary arms, which don’t come cheap. The recent gang killings and related trials in Dublin, as well as the IRA and its offshoots, confirm this development.

Enter the Kiddy Fiddlers
The experiences of the international pedophile network show the risks even the criminals most familiar with the darkest corners of the dark web run when these predators prey on them. Australia’s Task Force Argos has taken down many of these child molester networks, not least the very sophisticated operation of Shannon Grant McCoole, who ran one of the most depraved pedophile websites from his South Australian base. But not, as the case of Peter Scully and Matthew Graham shows, the most depraved website. Although Graham, his tech-savvy friends and their tens of thousands of customers pose an unspeakable threat to all the world’s vulnerable children.
Please go to Uncut-News to read more.

Editor’s note: Biden isn’t the enemy. Biden is just an object for you to release your anger (energy) on that steals your energy as that collective emotional anger resonates with millions of others who dislike Biden and what he represents. The problem that cripples Americans for lack of knowledge is the debilitating affects of cognitive dissonance. It is the people surrounding Biden directing and controlling him who we have no idea about as to their identity or allegiances. Biden himself is an aging incoherent “retired” script-reading politician put on drugs to keep him halfway life-like looking who knows more about little children than running the US corporation as its CEO. This was all very much intentionally planned to bring down America and humiliate the country and its people.

Our worst ENEMY is not the Taliban, but the fool sitting in OUR White House

Final account of USA military equipment and cash left behind in Afghanistan. Thanks to the Government Accountability Office, we now have a clear picture of just how much U.S. military equipment has fallen in to the hands of the Taliban, thanks to Joe Biden’s bungled withdrawal from Afghanistan . Let’s have a look…

Aircraft: The Taliban now ranks #26 in the world in total military aircraft, thanks to us leaving behind

(If you understand that his mission is to destroy the US, he is not as stupid as he looks.)

Weapons: Get ready for this…

64,363 machine guns
25,327 grenade launchers
12,692 shotguns
9,877 RPGs
2,606 howitzersAnd you can throw a couple thousand night-vision goggles, surveillance drones, and communication devices on that list as well.Price tag: In total, it adds up to nearly $84 billion dollars in tax-payer-funded U.S. military equipment.Joe Biden just funded an army of terrorists in Afghanistan.

Weapons Shipped To Ukraine Being Sold In Black Markets