“The technocratic elite are terrified as are those predatory monied elite who rely on them.”

Editor’s note: In fact, the technocratic elite are terrified as are those (predatory monied elite) who rely on them. Are we living in some kind of simulacrum as it is described created by AI far more advanced and highly sophisticated compared to what has been allegedly discovered at Google released by an engineer? Are we ourselves “avatars” living in this simulacrum created by AI living out our lives in a reality we didn’t create and don’t comprehend and are not cognizant of? Observe the unbelievable and incomprehensible carnage, mayhem and chaos going on around us in what is called “civilization.” How is it possible human beings can create so much confusion and self-inflicted destruction being perpetrated on each other? Are we entering a reset, or as has been described a “Phoenix event” that steps in to repair the damage done by AI. AI built by ancient passed highly advanced civilization/s. What has been described as “AI X” is the control system that alters timelines, initiates purges of knowledge and resets civilizations when they “venture too far.” Have we “ventured too far” and are we about to get reset? We are entering an “event horizon” for which there is no return.

What is the WEF doing with their associated technocratic elite? Catching up to past timelines for a future that has already been created based on highly advanced ancient civilizations that were destroyed? 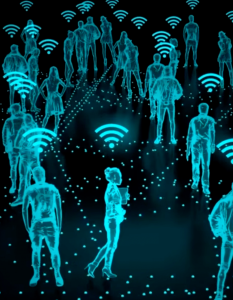 We’ve written extensively about the global depopulation agenda by the powers-that-be (PTB). These people have been openly talking about depopulation of the planet for over 50 years, with the agenda really heating up in 2009. In boxing, the punches that you see coming hurt the most. That philosophy extends to everyday life in the Western world.

The Rockefeller-funded Population Council and Planned Parenthood coordinated on the 1969 “Jaffe Memo.” It specifically stated that their goal is to reduce fertility and the global population by, among other things, promoting homosexuality as the ideal lifestyle, altering the image of the nuclear family, and providing abortion on-demand. All of the foregoing is normal, accepted and even rewarded behavior today despite being unthinkable 50 and even 30 years ago.

This video clip from Washington D.C. last week shows how indecent exposure and sexual assault laws are now suspended to facilitate the homosexual agenda, even if it’s done right in front of cops.

Go to The Covid Blog to view video clip.

Again, the PTB are very predictable in their actions. But some critical thinkers are prophetic in their observations. Mr. Pierre Gilbert is a Canadian traditional naturopath, chiropractor and acupuncturist. He operated seven clinics at one point, including one in the Bahamas and several in Florida. He’s given hundreds of lectures in his career. But one of them went viral last year.The clip from a 1996 lecture shows Mr. Gilbert talking about how the PTB will force mandatory vaccination via laws and coercion. He goes on to say that the vaccines will contain “micro-receivers” that allow outside forces to control vaccinated people via remote radio frequencies. These vaccination will also cause various infections and illnesses, and turn people into zombies, according to Mr. Gilbert.

Please go to The Covid Blog to learn more.

It’s not “science” when 6 month old infants are Covid injected with 2 and 3 injections.