DEMOCRAT DECEIT! Can you believe that the real ‘Jane Roe’ never even had an abortion and that……
Posted on July 5, 2022 by State of the Nation

…Norma McCorvey said that the Roe v Wade case was ‘the biggest mistake of my life’.

Jane Roe aka Norma McCorvey was a drug addict who lied about being raped as the plaintiff in Roe vs Wade. August 10th, 1995 ABC News Nightline. 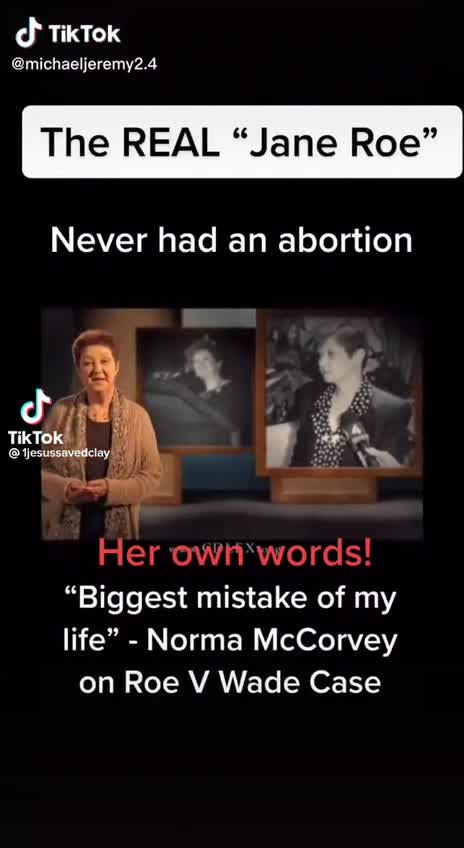 Who was “Jane Roe”?
How do you control generations of a populace?
50 years of conditioning.
50 years of propaganda.
50 years of lies.
Peaceful protests?

Abortion – the so-called Right to kill a child – a living human being:  The Deep State Agenda of dividing American citizens through Roe v. Wade and creating Civil Unrest will be exposed.   It is symbolic that the Satanic abortion law trend to allow even full-term live births to be aborted to be harvested for Adrenochrome is ending on the day Q is returning.