Will The Baltics Become a “War Zone”? 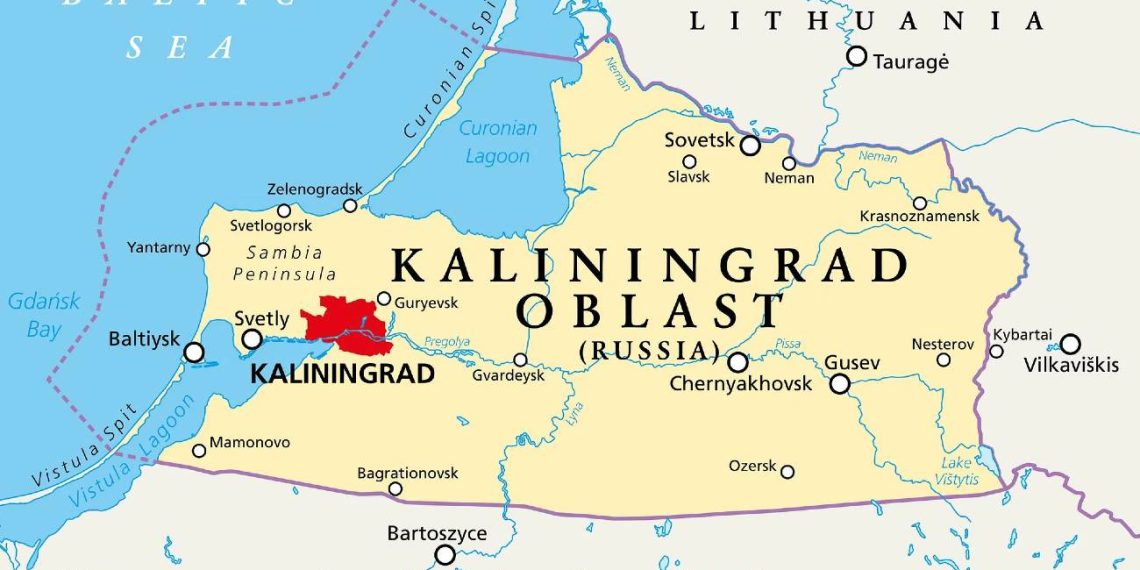 The worst-case scenario finally came true as Lithuania resisted pressure from the EU and Germany, resulting in sanctions on Kaliningrad taking effect today, which Moscow sees as a violation of national sovereignty. The deadline expired yesterday on the 10th of the month as WarNews247 had revealed a few days ago.

The Lithuanian authorities have decided to add more fuel to the fire by announcing further restrictions on goods to the Russian enclave which will be gradually escalated. 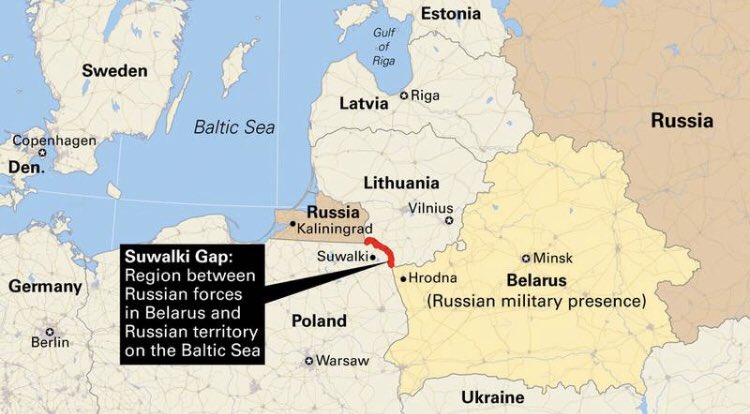 Time is now running backwards. All the information shows that there will be a Russian response, it can’t be otherwise.

The Russians will implement diplomatic-economic countermeasures, while it is very likely that they will launch electronic warfare attacks on air transport and cyber attacks on Lithuania.

There are recommendations to impose a naval blockade and to remove the recognition of the state borders of Lithuania as we have mentioned.

In general, the situation in the Baltic now resembles preparations for a war zone.

Russia cannot withstand the blockade of Kaliningrad for long as the alternative route is sea transport. But these are additional costs for the citizens of the Russian enclave and for Moscow itself as it implies an increase in the cost of transport and the cost of products for the residents of the region. Subsidies from the state etc. will be needed.

It is now most likely that there will be future military involvement of Russia and Belarus in western Ukraine and again on the side of Kiev in order to pressure Poland and make concessions in the Suwalki Corridor. 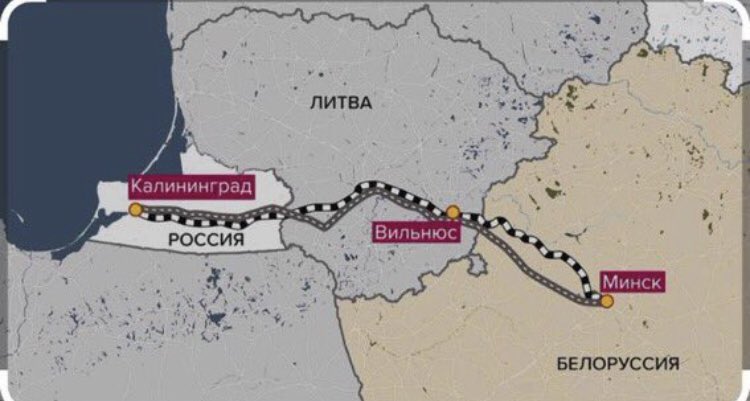 Read also
Lithuania has crossed the Rubicon: Starts a total blockade in Kaliningrad & asks for Smolensk back from Russia!

The blockade of Kaliningrad is in effect
Lithuania today imposed restrictions on the transit of products from Russia bound for Kaliningrad through its territory.

As of today, the transit through Lithuanian territory of products such as timber, alcohol, alcohol-based chemicals and cement is prohibited, a representative of the Lithuanian customs service announced.

Lithuanian Parliament member Matas Maldeikis said that after cement and alcohol, there will be sanctions on coal and other solid fossil fuels that will come into effect on August 10, on oil on December 5 and on oil products in February 2023.

Lithuanian customs authorities claim that all restrictions are based on the EU regulation and the European Commission’s assessment and are also developed in consultation with the EC.

Since June 18, Vilnius has stopped the transit of goods to the Kaliningrad region such as construction materials, metal, wood, cement, fertilizers, alcohol, caviar and other categories. This is about 50 percent of the total transport volume.

Russia’s double response: The lifting of border recognition is also on the table…
“Russia is preparing two responses to Lithuania’s actions.

Lithuania, apparently, is opposed to the EU introducing any exemptions for cargo transit through Kaliningrad. Vilnius has a reputation as the main anti-Russian force in the European Union. The current situation and the position of Lithuania confirm that such a perception is justified”

Russia is apparently preparing two responses. One is the severance of limited economic ties with Lithuania.

The second, and more serious, is Russia’s refusal to recognize the existing state borders of Lithuania. Of course, this will not mean an immediate return to the era of Ivan III and beyond, but the sign will not be good for the developments in the region,” comment Russian sources.

And they add:
“They are investigating us. In military affairs there is first such a thing as recognition. Now there is recognition in many directions at once. And, according to our data, there will now be increased pressure in other areas. Apparently, American actions are planned even in Syria.”

Lithuania is a small but very dangerous adversary for us, having the most developed connections with foreign intelligence services. All this has to be taken very seriously and we have to look at the collective work of NATO behind it.”

“It is no coincidence that the former Minister of the Interior of Latvia, Maris Gulbis, said that Kaliningrad “must be taken away” from Russia. They test our abilities to maintain our transport communications, diplomatic, military and information capabilities.

What will be the response to this, how harsh? It is necessary to prepare for everything in general, but there will probably be no military developments in the near future. However, the full list of civilian measures will be used.”

Retaliation could be a complete ban on imports of Lithuanian products, shutdown of the electricity supply system and a complete naval blockade.

“It should be the same ban for them. We also have an electronic warfare system that completely covers the sky for them,” he said.

Kaliningrad Governor: Blockade in the Baltic States
The governor of the Kaliningrad region, Anton Alikhanov, said that Lithuanian authorities had expanded the list of sanctions since July 11.

“I learn that Lithuania has expanded the list of sanctions for the transportation of goods to Kaliningrad. Not valid. The sanctions approved by the European Union last March are gradual in nature.

They were approved in March, now they are starting to be applied to a range of goods,” said the governor of Kaliningrad.

Alikhanov underlined that he is proposing a complete ban on the transit of goods between the three Baltic countries and Russia, in response to the “blockade” that Lithuania has imposed on the enclave.

“As a countermeasure we propose a complete ban on the transit of goods, including those passing through third countries, between the three Baltic countries and Russia with the exception of the Kaliningrad region.” Alikhanov said.

This will enable maritime transport and employment in Kaliningrad’s ports, which have been hit hard by EU restrictions.

At the same time, it is necessary to set the level of sea freight for transportation at the level of the railway tariff according to the price list 10–01,” Alikhanov said.

In particular, they discussed the problem of cargo transit in the Kaliningrad region, the supply of energy raw materials to European countries, the creation of a seaport, the progress of the war in Ukraine. In addition, the leaders of Russia and Belarus discussed the situation in the post-Soviet countries. The two parties also touched on the security of the state of the Union.

Putin spoke to Lukashenko in detail about the situation with the supply of energy resources to the countries of the European Union. He stated that Russia is able to fulfill its obligations towards partners in Europe.

At the same time, they discussed the scenario of a joint response in Lithuania to the blockade in Kaliningrad.

According to the Kremlin, the two leaders ” emphasized the situation created by the illegal restrictions imposed by Lithuania on the transportation of goods in the Kaliningrad region.”

“Under these circumstances, and in this context, they discussed potential joint measures,” the Russian presidency said in a statement.

Moscow warned Lithuania and the EU on Friday that it would take “tough measures” against them if transit of some goods to and from Kaliningrad was not restored “within the next few days”.

The conversation between Putin and Lukashenko lasted 40 minutes.

As noted by the official representative of the Ministry of Foreign Affairs, Maria Zakharova, Lithuania, having taken such a decision, acted aggressively and crossed the red lines . Moscow reserves the right to protect national interests if restrictions are not lifted.

Russia maintains that “these hostile actions by Lithuania” are being done at the behest of the West, and especially the USA, with the Secretary of the Security Council of Russia, N. Patrushev arguing that Russian retaliation will be felt by all Lithuanian citizens.