They are literally getting ready to push the button on…………. 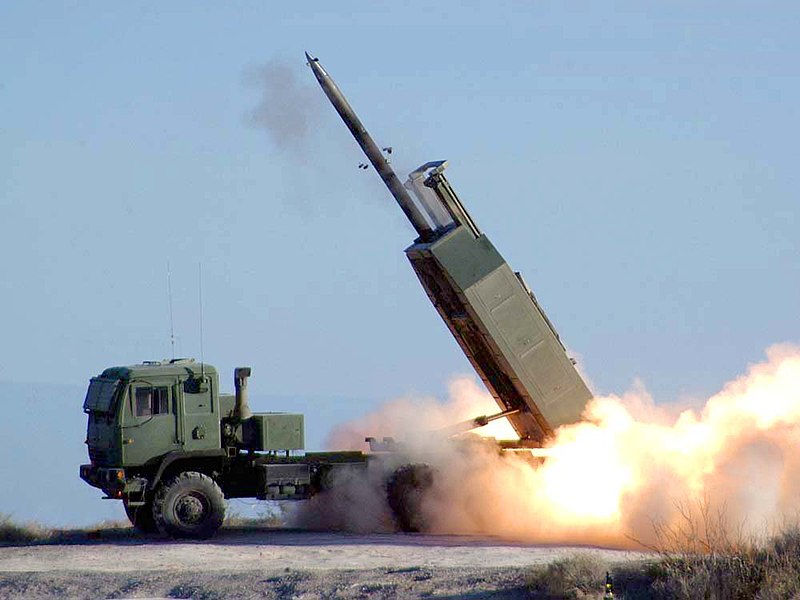 Just imagine what the Biden administration would do if Russia supplied Canada or Mexico with several HIMARS missile systems, which were then used to destroy multiple American supply and ammo depots, as well as to attack civilian targets in the US and other cross border locations.

Well, that’s exactly what’s going on in the Ukraine at this very moment.  And the US government just announced they are sending more HIMARS weapon systems to Ukraine since the last batch were so successful in inflicting damage on the Russian military. See: US to send more HIMARS to Ukraine

Which means that the Kremlin is right now plotting a military response that will shock and awe the decision-making power centers of the Zio-Anglo-American Axis which are recklessly prosecuting the Ukraine proxy war from Brussels, Washington, London and Tel Aviv.

When Putin, Lavrov, Medvedev and Patrushev are all making
serious statements about “nuclear war”, you know the
US-UK-UA-IL-EU-NATO crazymakers
have crossed every line!

Not only are the Western powers aggressively arming Ukraine to the hilt, the Armed Forces of Ukraine are being secretly commanded from behind the scenes by US, UK and NATO military command centers.

This is why Ukraine has even recently talked about attacking Crimea, which the Zio-Anglo-American Axis is desperately determined to take back.  NATO wants that highly geo-strategic port city from which to control Black Sea naval traffic.

What else needs to be said: the warmongering West is obviously hellbent on starting the hot phase of World War 3 regardless of the extreme consequences to the entire planetary civilization.

What’s even more shocking is that the respective citizenries of those Western military powers seem to be supportive of such an insane series of military moves and maneuvers.  That the American people never once coalesced to protest the genocide being committed against the Russian speakers in the Donbass over 8 long years speaks volumes about the true status of the USA’s body politic.

Because of this extremely precarious state of international affairs, the United States along with the United Kingdom and other European nations, now sit in the crosshairs of Russia’s deadly accurate hypersonic missile systems.  In point of fact, Russia’s nuclear weaponry delivery systems are far more advanced than what the CIA’s Mockingbird Media has ever reported…BY PURPOSEFUL DESIGN.

Which means that the America’s top military and political leadership is quite deliberately putting the US citizenry in great peril.  The treasonous Biden administration has provoked Russia at every turn of bellicose events, and continues to exacerbate the Ukraine War with each and every inflammatory military initiative in support of Ukraine to keep the war going.

In short, the US hegemon is now an extremely dangerous and out-of-control military machine controlled by THE TRIAD … whose greatest enemy has always been Russia.

BOTTOM LINE: The Western warmongering crazymakers are literally pushing the button on nuclear war with Russia.  Not only will such a cataclysmic move create the necessary chaos for the NWO globalists to implement the Great Reset (so they think), they also believe they can escape criminal culpability for their COVID-19 biowar against humanity and their global genocide perpetrated via the weaponized Covid ‘vaccines’.

It has been suggested by well informed military insiders and intelligence analysts that the only way to compel Biden’s warhawks to stop sending missile systems to Ukraine is for the Kremlin to send a few Sarmat ICBMs to Washington, D.C.  Also known as Satan 2, this missile packs multiple nuclear warheads which would certainly take out the satanic Neocon Zionists inside the Beltway who are slowly pressing the nuclear button.