COVID Shots for Tots: Is This What Passes as a Heroic Whistleblower?

The latest updates on the “new normal” – chronicling the lies, distortions, and abuses by the ruling class.

The government – which theoretically operates in the public interest – recently approved COVID-19 “shots for tots.” Pfizer and Moderna now have the Public Health© green light to inject babies as young as six months old with their experimental mRNA gene therapies.

“With no solid clinical data, the agency authorized Covid vaccines for infants and toddlers, including those who already had Covid… Just months before, the FDA bypassed their external experts to authorize booster shots for young children.”

Cited “experts” lament the politicization of the regulatory process:

“One high level official at the CDC told us: ‘Things have become so political, so what are we there for?’ Another CDC scientist told us: ‘I used to be proud to tell people I work at the CDC. Now I’m embarrassed.’”

It apparently took this unnamed CDC moron two and a half years to realize the COVID agenda is political, not medical. He couldn’t be bothered to lend credibility to his claim by putting his name on the comment, presumably, to protect his lucrative government career. The best he could do to push back against cruel medical experimentation on children was to whisper misgivings anonymously into a colleague’s ear.

Of course, all of this was exceedingly obvious years ago to anyone with a grade school education and basic human intuition.

But because we in America are properly trained to Respect the Science©, biomedical overlords are the only legitimate voice in the public discourse. Basic observable facts don’t count until a John Hopkins guy points them out.

Johns Hopkins – Dr. Marty’s employer – was central to engineering the COVID lockdowns and injection agenda – and proudly and publicly so.

Dr. Marty’s conscience maybe bothers him a little – but not enough to resign his six-figure post.

His colleagues want to inject infants with experimental gene therapies with unknown long-term side effects to treat a disease that is statistically irrelevant to children’s health (the risk of death from COVID among children is 2 per million (0.0002%).

Dr. Marty politely disagrees. He’s respectable – not like the filthy rabble who forcefully denounce their enslavers. With his view from inside the belly of the beast, Dr. Marty knows better than most that disagreeing with Public Health© is racist, it’s transphobic; it’s basically a tacit acknowledgment of one’s Nazism.

Dr. Marty doesn’t want any part of that action, because he has a mortgage and a car lease.

Dr. Marty and all of his collaborators in the biomedical state are complicit in crimes against humanity. They aid and abet illegal medical experimentation on society’s most vulnerable citizens. They are guilty merely by their defense of, and participation in, the institutions responsible for these crimes like Johns Hopkins.

By either their active malevolence or slavish acquiescence, biomedical technocrats are responsible for: 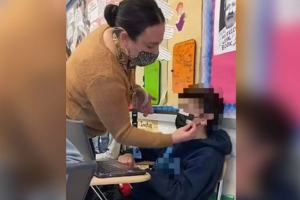 The Public Health© “experts” like Dr. Marty, either by years of silence or active engagement, granted rhetorical cover to the corporate media. Goons like CNN’s Don Lemon then leveraged their assumed moral authority to advocate ever-more draconian crackdowns – including barring the unvaxxed from grocery stores and even denying emergency medical care.

This is coercion, and it is a moral atrocity – one which would never have been possible without the rubber-stamping of the “experts.” Government technocrats and their corporate media stenographers, when pressed, always had the trump card: the “experts” agreed with them.

Of course, the popular line is that the COVID-19 virus itself – and not the lockdowns, vaxx mandates, and mask mandates – caused the devastation. This “pandemic made us to it” talking point is nonsense. Responsibility for the fallout lays squarely at the feet of the Deep State bureaucrats who enforced the lockdowns at the point of the government gun.

The virus didn’t lock anyone down. The government did that all on its own, without the consent of the governed. And they cited Public Health© “expert” recommendations as their convenient justification.

Imagine a KKK member penning an op-ed like Dr. Marty’s and expecting praise for his bravery: “Yeah, it’s probably not the best that my peers maraud through the countryside extrajudicially executing random victims and inflicting untold terror among the innocents for political purposes. But I’ll keep collecting my paycheck as a leading member of the organization. I gotta eat.”

Dr. Marty clears the lowest bar for heroism in world history. He gets a pass he doesn’t deserve because he wears a clean, pressed white coat on – the closest thing to God on Earth. He cloaks himself in the veneer of responsibility and altruism. 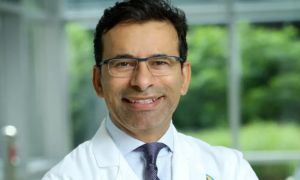 As the new priest class, the corporate media has inculcated idol worship at the altar of the Public Health© theocracy. 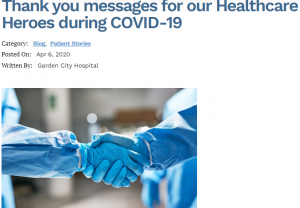 In a morally upright world, by this late date, Dr. Marty and his venerated Public Health© colleagues would be prone in front of a military tribunal in orange jumpsuits, hoods over their heads Abu Ghraib-style, hands clasped in prayer position, appealing to the mercy of the court, begging for a life sentence in lieu of the guillotine.