Perhaps the Greatest American Heroine in U.S. History … and very few folks even know her name!

LILLIAN SCOTT TROY (1882-1964): AN UNSUNG HEROINE OF THE AMERICAN REPUBLIC 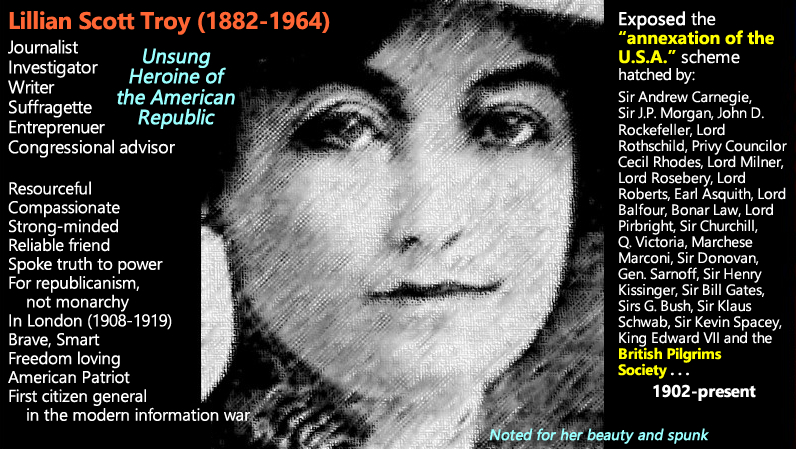 Fig. 1—Lillian Scott Troy (1882-1964). Journalist, investigator, writer, suffragette, entrepreneur, Congressional advisor, American patriot. One of the first to expose the Pilgrims Society’s plans for a “new world order” and the British re-absorption of America back into the British Empire.

Born in 1882 in San Francisco to naturalized Irish immigrants Patrick and Lillian G. Troy. Her three older brothers were Patrick, Edward and Daniel. She was employed at age 26 by the San Francisco News Company, distributor of over 300 newspapers and periodicals and a division of the American News Corporation, Inc. that had a virtual monopoly on newspaper distribution in the U.S. She was to Britain in 1908, most assuredly to cover the upcoming First Imperial Press Conference, 1909 that would start the next summer on Jun. 05, 1909—the biggest event in newspaper history, we believe.

Given Lillian’s auspicious selection, and the company’s distribution of William Randolph Hearst’s publications, it is certain that Lillian carried bonafides from Hearst and was introduced to his newspaper colleagues in Britain, most notably William Thomas (“W.T.”) Stead— the chief Pilgrims Society strategist of the Conference and Cecil Rhodes’ biographer and “Julia’s Bureau” seance conjuror.

Lillian exposed the corruption of Andrew Carnegie, J.P. Morgan, John D. Rockefeller and the founders of the British Pilgrims Society, of whom W.T. Stead was one. Against Stead’s admonitions not to, in 1912, she published a secret 24-point plan of the Pilgrims Society for the “annexation of the U.S.A.”  She steadfastly supported the women’s suffrage movement in America and Britain. She started several businesses to support her political activism, that included support the movement for Irish independence.

In 1919, the British government deported Lillian and banned her for life from ever returning. They said she was a threat to Britain and its allies. Subsequently, Lillian became an advisor to various U.S. senators and congressmen and worked to expose the Pilgrims Society’s treasonous plot to re-incorporate America into the British Empire. Notably, Minnesota  congressman Hon. Dr. Lt. Commander Jacob Thorkelson entered Miss Troy’s investigations into the Congressional Record in 1940 in 17 parts titled “Steps Toward British Union, a World State, and International Strife.”

Click here for a full Lillian Scott Troy Biography and Timeline. (To be added shortly.)

At great risk between 1908-1919, Lillian warned the world about the demonic Pilgrims Society darkness descending upon humanity

Just discovered: Lillian even convinced Cecil Rhodes’ biographer, W.T. Stead (“The father of tabloid journalism”), to disavow the Pilgrims’ plan to take down America just months before he died (was Arkancided?) on the “Titanic” (Apr. 15, 1912)

Jul. 22, 2022—On Nov. 05, 1908, at age 26, American journalist Lillian Scott Troy was selected by her bosses at The San Francisco News Company to move to London in advance of the First Imperial Press Conference, 1909, titled “A Parliament of the Press.” (PDF). 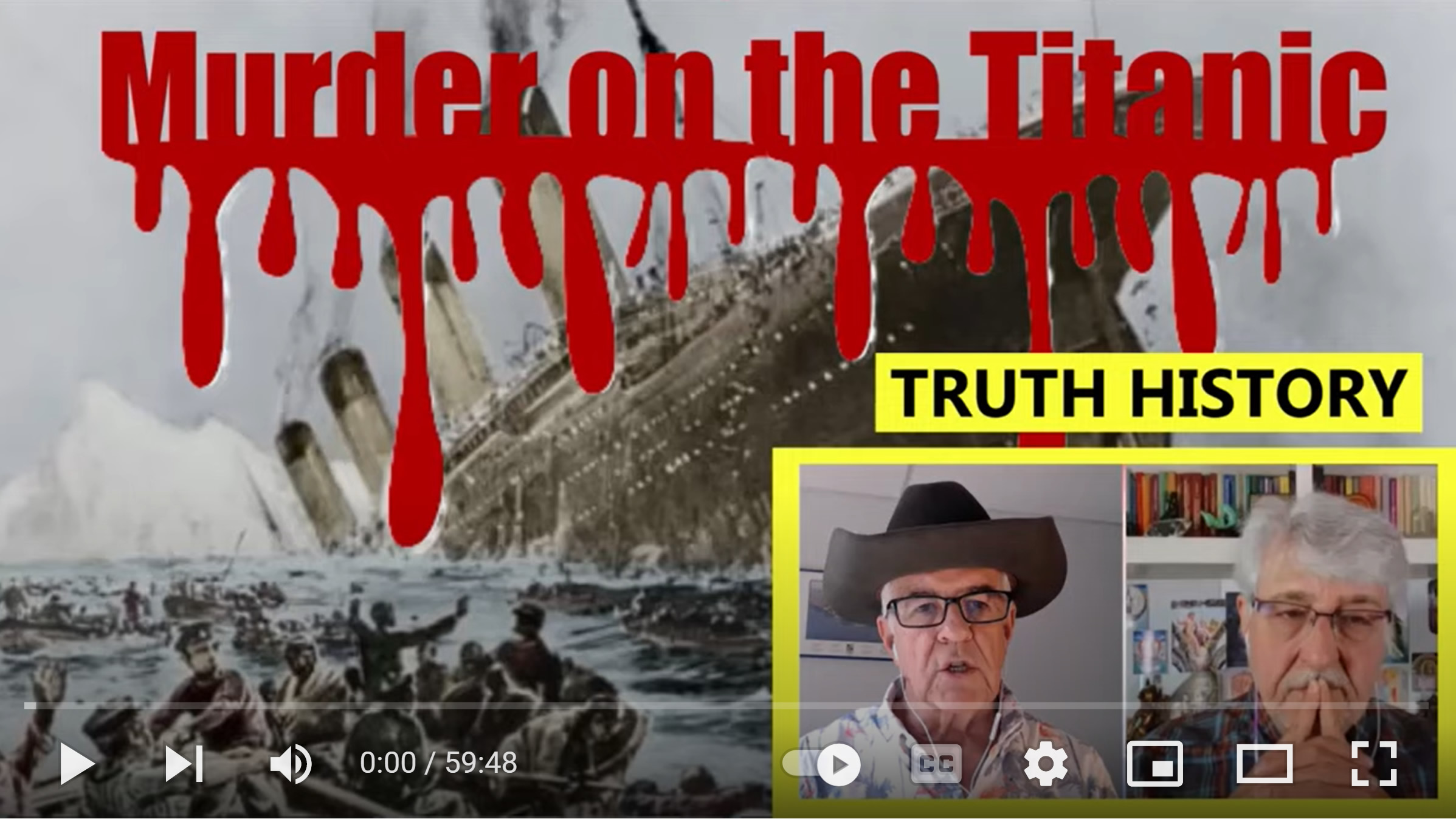 Lillian was a diminutive (5 ft. 1 in.) and strikingly beautiful, dark brown-haired fire cracker who gave no quarter to rich and powerful men who tried to shut her up.

Fig. 3—Lillian Scott Troy. This photo first appeared widely in U.S. newspapers in 1913 when Lillian was publicizing a suffragette hunger striker by Miss Zelie Emerson who was being abused by British MI-5 (Scotland Yard) authorities. For example, Lillian Scott Troy. (May 26, 1913). Horrors of Forcible Feeding of Suffragettes [in Britain] Told for Star. St. Louis Star.

Lillian Scott Troy was born in San Francisco in 1882 to naturalized Irish parents and had three older brothers Patrick, Edward and Daniel. Her father Patrick was an insurance agent and her mother was a housekeeper.

The San Francisco Stock and Bond Exchange were founded that year. The Gold Rush was 27 years in the rear-view mirror. Corruption and graft were endemic to daily life then.

Lillian believed in the ideals of the American Republic and abjured monarchism. She relished being a Californian where citizens had never been the subjects of the British Empire.

She was also a tireless activist for women’s suffrage and supported Irish independence from Great Britain. As an entrepreneur she started several businesses to support her journalism and activism while in Britain.

Earlier, in 1888, Hearst met with W.T. Stead in New York to be mentored by W.T. Stead in his concept of “Government by Journalism.”

This was precisely at the same time that Stead was helping Cecil Rhodes develop his “Society of the Elect” secret society, sometimes called the Round Table, to reorganize the British Empire into a fascist imperial corporatist model. In Apr.-Jul. 1889, Rhodes invested in Stead with funds that enabled him to start The Review of Reviews.

Lillian’s employer, The San Francisco News Company, did not shy away from a fight with powerful people over their reporting. In fact, the ex-San Francisco police commissioner, Thomas F. Reagan, was just then suing the company for libel over reports where they exposed that Reagan had protected city executives, including the mayor, who frequented brothels offering females and boys despite his anti-prostitution rhetoric—a suit he lost (Jul. 24, 1907 to Oct. 23, 1911).

Lillian moved into the newly-built Waldorf Hotel that was walking distance from The City of London financial district, Royal Courts, British Museum and British Library in the city’s center. 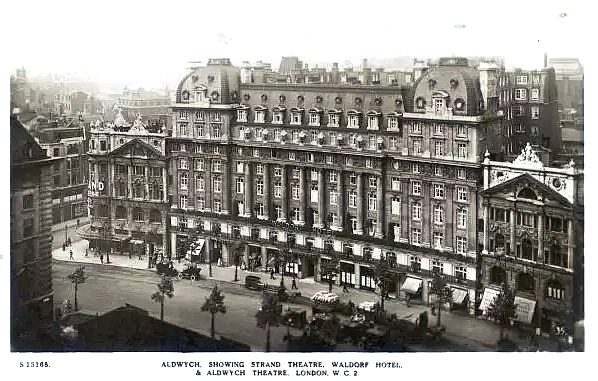 Fig. 4—The Waldorf Hotel, London, completed in 1908. On Nov. 05, 1908, Lillian Scott Troy’s employer, The San Francisco News Company, put her up in the newly-built Waldorf Hotel, built by William Waldorf Astor, 1st Viscount Astor. The hotel featured 298 guest rooms, including 19 suites. William Astor. He had earlier built the Waldorf Hotel in New York in 1893. His cousin, John Jacob Astor IV, who died in the Titanic false flag, built the Astoria in New York in 1897 and the two hotels were connected in 1897 and named the two hotels as one, the Waldorf-Astoria.

The fact that Lillian Scott Troy’s employer paid for her to stay in the Waldorf Hotel, London, is a testament to their confidence in her as a reporter, and the importance of her mission, which was evidently to cover the coming First Imperial Press Conference, 1909 Jun. 05-28, 1909.

From this strategic vantage point, Lillian Scott Troy put her ear to the ground and heard treasonous talk among the king and his peers planning the British “annexation of the U.S.A.” by members of a secret society named the British Pilgrims Society.

W.T. Stead was also the chief strategist of the upcoming First Imperial Press Conference, 1909. In addition, he was a leader in “psychical research” through his spiritualist quarterly, Borderland, and his Julia’s Bureau elitist seance organization announced just months after meeting Lillian.

The First Imperial Press Conference, 1909—A Parliament of the Press

Just seven months after Lillian’s arrival in London, The First Imperial Press Conference, 1909—A Parliament of the Press was held Jun. 05-28, 1909. Here’s the actual recently discovered (suppressed) book-transcript (be patient on the download).

Stead was the key strategist for the Conference that brought together 650 of the Empires’ leading newspapermen (and their American agents) to discuss Imperial strategy for uniting propaganda and “creating public opinion.” The Empire Press Union was formed at the end of the Conference, as were MI-5, MI-6 and GC&CS now GCHQ a month later in Parliament. These first British intelligence agents were newspapermen from the Conference.