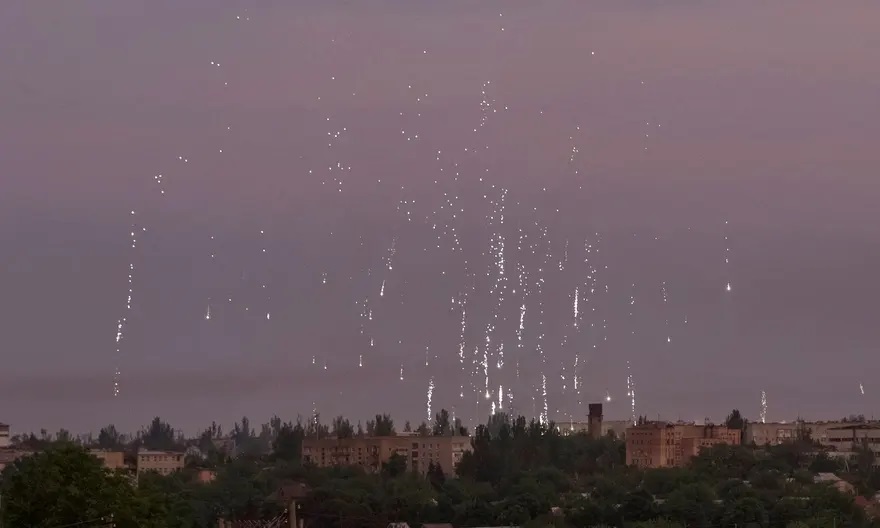 7:18 pm EDT Saturday, July 23 — The armed forces of Ukraine have hit the civilian city of Donetsk with INCINDIARY artillery shells.  A White burning substance is dropping slowly from the sky onto the civilian homes and population below . . .

It seems as though the armed forces of Ukraine are trying to set the civilian city on fire. and another angle from another part of the city: Multiple videos are being uploaded to social media from multiple different locations inside Donetsk, showing the vast flaming attack:

THIS is your oh-so-gallant Ukrainian Army; attacking civilians with flaming munitions . . .