Posted on September 2, 2022 by State of the Nation 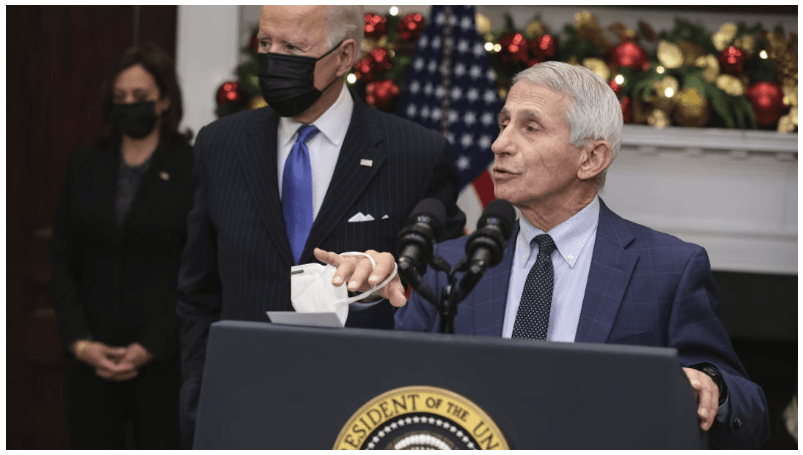 When the Biden administration wanted an Instagram account mocking Dr. Anthony Fauci taken down last year, an official reached out to parent company Meta and got action literally within seconds.

“Hi there – any way we can get this pulled down? It is not actually one of ours,” wrote Clarke E. Humphrey, digital director for the Biden administration’s COVID-19 response team in an email time-stamped 1:24 p.m.

Humphrey didn’t have to wait long for a reply.

“Yep, on it!” replied the recipient, whose name is redacted on the released email. The time stamp on the reply is 1:24:46 p.m. and appears to denote the same time zone.

Humphrey also cc’d others, including Rob Flaherty, deputy assistant to the president and director of digital strategy, about the account mocking Fauci, who is retiring this year from his post as director of the National Institute of Allergy and Infectious Diseases and chief medical advisor to President Joe Biden.

The document came to light after Missouri Attorney General Eric Schmitt and his Louisiana counterpart, Jeff Landry, sued the Department of Justice in Louisiana District Court to force it to turn over communications between high-ranking Biden Administration officials from the White House, Department of State, FBI and others and major social media companies.

The attorneys general believe their action could expose how top Biden Administration officials allegedly colluded with social media companies to censor freedom of speech on a number of topics, including COVID-19. The Department of Justice has already turned over communications between a number of federal officials and social media companies, but has so far refused to provide communications from high-level government officials.

“We won in court in July, and the Court required the Biden Administration to turn over communications between federal officials and social media companies,” Schmitt said in a statement. “We have already received a number of documents that clearly prove that the federal government has an incestuous relationship with social media companies and clearly coordinate to censor freedom of speech, but we’re not done,” he continued.

Although social media companies are not part of the government and cannot be charged with violating the First Amendment, Schmitt and Landry believe that if they can show the platforms censored certain opinions, statements and beliefs at the direction of the government, it would constitute a “censorship enterprise” in violation of federal law.

“Meta, for example, has disclosed that at least 32 federal officials—including senior officials at the FDA, the U.S. Election Assistance Commission, and the White House—have communicated with Meta about content moderation on its platforms, many of whom were not disclosed in response to Plaintiffs’ interrogatories to Defendants,” Schmitt and Landry said in a joint statement. “YouTube disclosed eleven federal officials engaged in such communications, including officials at the Census Bureau and the White House, many of whom were also not disclosed by Defendants.”

The censorship enterprise “rises to the highest levels of the U.S. Government, including numerous White House officials,” Schmitt and Landry said.