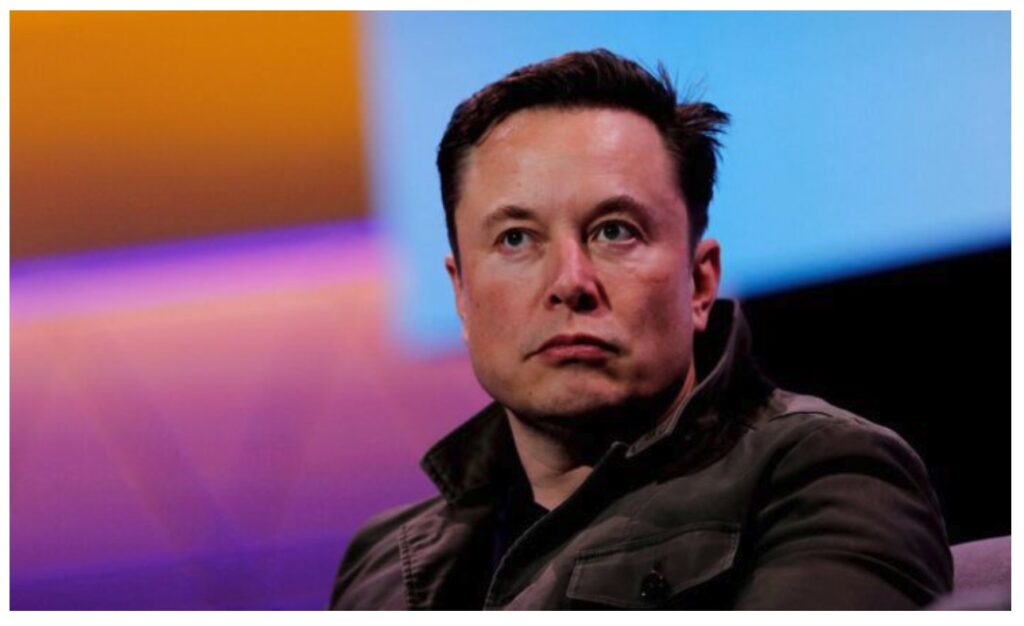 Dubbed “The Twitter Files,” Taibbi published his reporting in a thread on his Twitter account, which he said was based on “thousands of internal documents obtained by sources” from the social media platform.

The tweets contained communications amongst Twitter employees as they grappled with how to excuse their decision to censor the Hunter Biden report.

Musk, who has championed transparency at the company he took over in October, retweeted Taibbi’s thread, and questioned whether some of the revelations indicated potential violations of the First Amendment.

Taibbi said “The Twitter Files” tell an “incredible story” about how one of the world’s largest and most influential social media platforms used its powerful tools to delete tweets at the request of “connected actors.”

The tools Twitter employees used for “controlling speech” were originally designed to combat spam and financial fraudsters, Taibbi said. But over time, staff began “to find more and more uses for these tools.”

Soon, and at a growing rate, “outsiders began petitioning the company to manipulate speech,” he wrote.

Twitter’s censorship system was well established by 2020, an election year, and while both sides of U.S. politics had access, the political bias of the majority of the platform’s employees meant Democrats had more avenues to “complain” about tweets, according to Taibbi.

“For instance, in 2020, requests from both the Trump White House and the Biden campaign were received and honored,” Taibbi wrote.

“However,” he added. “This system wasn’t balanced. It was based on contacts. Because Twitter was and is overwhelmingly staffed by people of one political orientation, there were more channels, more ways to complain, open to the left (well, Democrats) than the right.”

Throughout his thread, Taibbi shared screenshots of emails and communications between and with Twitter executives that provided a glimpse into how the system worked to censor the New York Post’s article on Hunter Biden.

One email dated Oct. 24, 2020, appears to show a Twitter executive sharing a list of five tweets allegedly identified by people from the campaign of then-candidate Joe Biden, a Democrat.

“By 2020, requests from connected actors to delete tweets were routine. One executive would write to another: ‘More to review from the Biden team.’ The reply would come back: ‘Handled.’”

In order to suppress the Hunter Biden report, Twitter executives marked it as “unsafe,” limiting its spread, even blocking it from being directly shared via the platform’s direct message function.

Taibbi noted that such extreme restrictions were reserved for content such as child pornography.

For sharing the report, then-White House press secretary Kaleigh McEnany was locked out of her account, prompting a stern email from Trump campaign staffer Mike Hahn to Caroline Strom, who was Twitter’s public policy executive.

Hahn demanded to know when McEnany’s account would be unlocked and why no one at Twitter informed him the company would be censoring news articles.

“Like I said, at least pretend to care for the next 20 days,” he wrote.

Taibbi reported that the decision to censor the report came from the highest levels of Twitter but without the knowledge of then-CEO Jack Dorsey.

Vijaya Gadde, who was the head of legal, policy, and trust at the company, played a “key role,” according to Taibbi.

“‘They just freelanced it,’ is how one former employee characterized the decision,” Taibbi wrote.

Messages between executives in Twitter’s communications and policy departments, shared by Taibbi in screenshots, show a certain amount of confusion, with a communications executive writing: “I’m struggling to understand the policy basis for marking this as unsafe.”

Taibbi reported that one former employee he spoke with said that at this point, “everyone knew this was [expletive],” but that the executives decided to “err on the side of … continuing to err.”

Yoel Roth, who became head of trust and safety before his employment ended in November, said the policy basis for censoring the Hunter Biden story was “hacked materials.”

The honesty of that excuse was questioned by Brandon Borrman, the former vice president of global communications.

“Can we truthfully claim that this is part of the policy?” he asked in a message.

In a message, former Twitter Deputy General Counsel Jim Baker acknowledges that some of the report appeared to be sourced from an “abandoned” computer, but he advised caution because they were unsure if some of it was the result of hacked material.

Rep. Ro Khanna (D-Calif.) contacted Gadde on Oct. 14, 2020, to let her know their decision to censor the story and lock McEnany out of her account was generating a “huge backlash” in Washington, D.C.

Gadde came back to Khanna, citing the company’s hacked materials policy, prompting Khanna to explicitly clarify that his concerns were related to the First Amendment implications of Twitter’s decision.

“But this seems a violation of the 1st Amendment principles,” Khanna wrote, noting that if the left-wing New York Times were to publish an expose of a serious war crime, he would support their right to do so.

“But in the heat of a Presidential campaign, restricting dissemination of newspaper articles (even if NY Post is far right) seems like it will invite more backlash than it will do good,” Khanna added.

While Khanna expressed concern about the First Amendment implications of suppressing the report, Taibbi reported on a poll conducted by NetChoice that indicated other Democrats supported the move.

After Taibbi published his report, Khanna reportedly said in a statement that the American constitution and First Amendment “are sacred,” and he felt Twitter’s actions violated that, “so I raised those concerns.”

The first installment of Taibbi’s reporting exposed the censorship system that enabled Twitter executives, who are mostly Democrat-aligned, to censor a controversial story about the son of the 2020 Democratic presidential candidate.

Taibbi, who usually writes for his subscribers on Substack, presented his report as a series of “live tweets” on Twitter, with new paragraphs published one after another over a period of time on Friday evening.

He noted that there was “much more to come” and promised answers to burning questions many figures—usually conservatives—have raised about issues like “shadow-banning, boosting, follower counts, the fate of various individual accounts, and more.”

“These issues are not limited to the political right,” Taibbi noted.

Musk said a second “episode” would be released on Saturday.