Just as the Khazarian Cabal created Hitler and named him TIME “Person of the Year” in 1938, Ukraine’s Zio-Nazi warmonger Zelensky is distinguished by the same Khazarian overlords 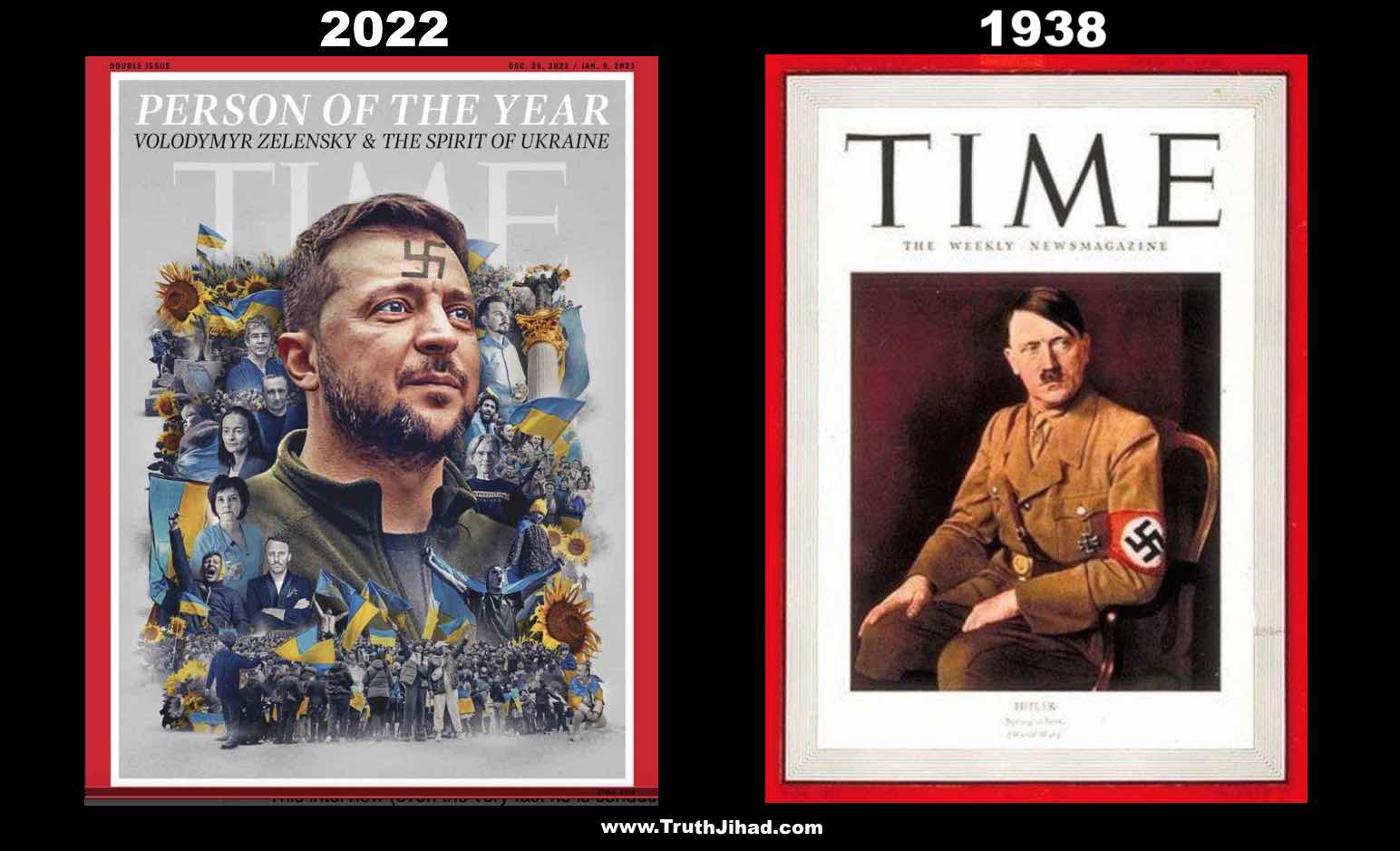 For only the second time in its history, Time Magazine has honored a Nazi as its favorite person of the year. Back in 1938, when people were still either male or female, Time‘s publisher, Nazi sympathizer Henry R. Luce, bestowed the magazine’s highest honor on Adolf Hitler…and scandalously and shamefully assumed “his” gender.

Has history repeated itself? Not exactly. Back in 1938, men were men and women were women. Nazis were Nazis and Jews were Jews. And Hitler actually did some good things, including chasing the Rothschilds out of Germany and instituting public banking.

Today, Nazis are Jews and vice-versa. You can’t tell the men from the women from the whatever-the-hell-else-is-out-there—and if you try, you’ll never work in this town again. And unlike Time’s 1938 Nazi of the year, the 2022 version has done nothing positive. All he’s done is destroy his country, which almost certainly will not exist, except perhaps in severely truncated form, in two or three years.

So what was Time thinking? Let’s ask the editor.

“We called Zelensky ‘person of the year’ instead of ‘pervert of the year’ because we didn’t want to misgender him,” explained Edward “Fat Eddie” Felsenthal, Time Magazine’s Esteemed & Eminent Editor of Unnameable Ethnicity. “We were also thinking of calling him ‘Nazi of the Year,’ but decided at the last minute to bestow that award jointly on Ye and Nick Fuentes.”

Felsenthal explained that Zelensky’s ability to play piano with his rabbi-mutilated penis was a major factor in the decision. “How many guys can do that? Such amazing talent! It perfectly symbolizes the overweening shamelessness and sheer unmitigated chutzpah of people like me and all the others that nobody except Ye is allowed to talk about.”