This picture proves the House has been taken over by traitorous RINO cowards conniving with their treasonous Democrat co-conspirators to forever destroy the American Republic.

Only the 20 brave Republicans shown below
voted against the ever-treacherous RINO Kevin McCarthy.  Which means that the other 202
RINOs are perfectly okay with a Speaker who
secretly colludes with the communist-run
Democrat Party to advance POTUS Imposter
Joe Biden’s utterly satanic agenda. 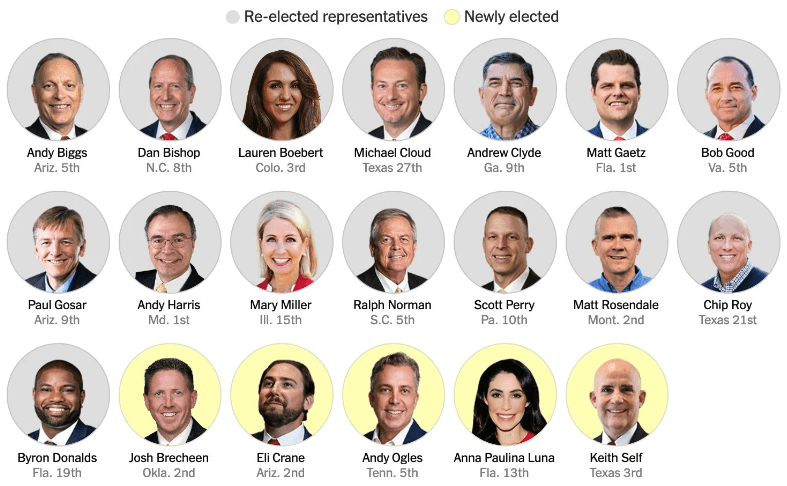 But who is really controlling the fake Republican Party from way behind the Khazarian curtain?  As follows:

OPERATION KEVIN MCCARTHY: A RINO Trojan horse
is wheeled into the U.S. Congress—By Who & Why?

Going forward, there’s only one New World Order agenda being implemented by the U.S. Congress and Executive Branch.  That’s why Joe Biden was criminally installed in the Oval office by his Khazarian overlords.

As for closet globalist Kevin McCarthy, the following photo clearly identifies who he really works for.  This picture also reveals his top priority should he somehow steal the Speakership.  Clearly, McCarthy is not wearing the American flag; rather, it is Ukraine’s flag flamboyantly waving on his lapel.  Which means funding the Ukraine War will remain item #1 on his 2023 agenda for the 118th Congress. 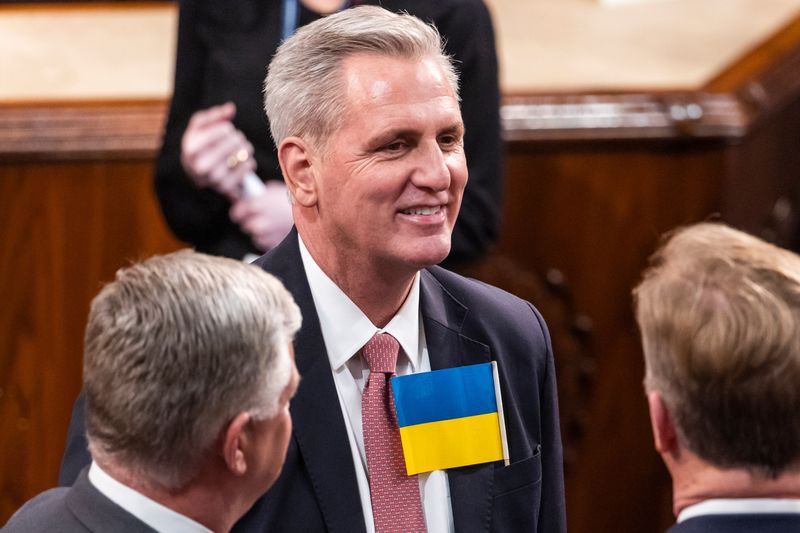 Submitted by The Armchair Political Analyst
State of the Nation
January 5, 2022