Because the U.S. election apparatus is
so corrupted and electoral process is so
compromised that the American Republic
is now in great jeopardy.  That’s why!

The Resident Election Analyst
State of the Nation

SOTN Editor’s Note: It’s important to point out that the author is not talking about eliminating the Electoral College that was established by the U.S. Constitution.  Were it not for the United States Electoral College, Hillary Clinton would have won the 2016 election by a popular vote majority, although millions of those ballots were illegitimate.  For it was the international banksters and their globalist schemes that the Founding Fathers knew they had to guard against.  And so they did quite providentially with the election of Donald Trump by way of the workings of the Electoral College!

Many folks are justifiably concerned about what is to transpire on Election Day.

The Patriot Movement knows in their bones that the stretch from November 3rd to January 20th is likely to be the most turbulent and tumultuous in U.S. history.

Most conservatives are well aware that even after Inauguration Day, things may still be very out of control throughout the USA.

But what’s really going on here?

Look it: President Donald Trump was elected primarily as a wrecking ball.  He’s a developer for heaven’s sake and every developer knows you have to take your wrecking ball to the old dilapidated building before you can build a tall gleaming skyscraper.

And hasn’t the President done a GREAT job taking his world-famous wrecking ball to the ever prevaricating Mainstream Media.  To the treacherous and treasonous Deep State.  To the perfidious protection racket known as the FBI and DoJ.  To the CIA’s color revolution and assassination enterprise.  To the warmongering State Department.  To the traitorous and communist Democrat Party.  To the “North Atlantic Terrorist Organization” known as NATO.  To the utterly fraudulent, UN-sponsored climate change document called the Paris Agreement.  To the economy-decimating NAFTA. To the hopelessly worthless United Nations.  To the nakedly scandalous and overwhelmingly oppressive OPERATION COVID-19. And so on and so forth.

Most recently, the electorate saw Trump dramatically take his wrecking ball to the Commission on Presidential Debates.  He basically blew up the POTUS debates, once and for all.  Good riddance to those totally rigged debates in favor of NWO order globalist candidates!

Isn’t it about time that President Trump takes his wrecking ball to the American electoral system, and especially to the Presidential Election Process?!

Well, guess what, like it or not, here it comes.  The Trump wrecking ball is about to knock down the most corrupt and criminal voting system the world has ever seen.

One really has to wonder whether the President is doing this particular demolition with intentional design or unwittingly.  Because he has clearly put both his legacy, his future and his life on the line.

In any event, the U.S. election machinery, electoral process and voting system is about to undergo complete destruction.  Hopefully, Trump has pre-positioned all the right ‘demolition charges and explosive devices’ (figuratively speaking, of course) in every voting precinct throughout the country to ensure the perfectly controlled demolition of the whole God-forsaken system.

Really, folks, is there any way the American Republic can continue in view of the utterly broken electoral process?!

There simply is no representative democracy or constitutional republic in these United States of America given this current state of affairs.  How can there be when no one ever knows if there will be a fair vote?  Hence, what currently exists as the U.S. Election System and Presidential Election Process must be completely demolished so that a new and just and high integrity system can be created.

Now, everyone, sit back, put your feet up, grab your popcorn, and be prepared to watch what will positively be THE GREATEST SHOW ON EARTH … … … coming this fall to a city near you.

Lastly, the reason why the 2020 election cycle presents the perfect opportunity for Trump to swing his wrecking ball is because very soon every voter in America will know that the: 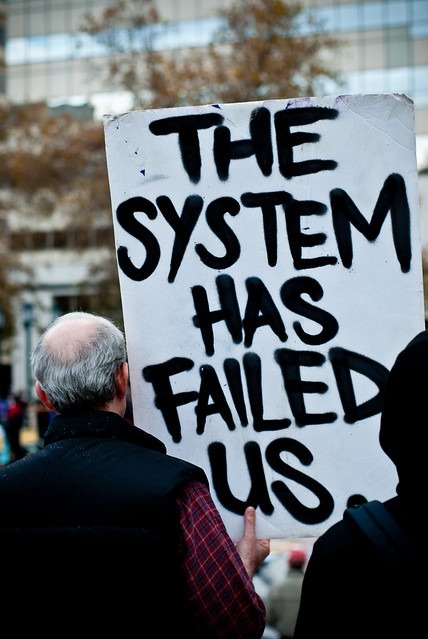