“Have we become a nation of traitors,
slackers and cowards!” 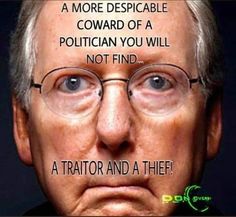 SOTN Editor’s Note: Perhaps a much more accurate
question would have pointed out that the highest
echelons of all three branches of the U.S. Federal
Government have become utterly infested with
incorrigible traitors and turncoats, shameless
sell-outs and subversives, and despicable quislings
and betrayers.

Really, does it get any worse than the constant betrayals that President Trump has suffered at the hands of Milquetoast McConnell?!

When the highest ranking GOP member in the U.S. Senate has both direct and indirect family business interests with and in China, how can Trump possibly overcome that hurdle?

However, the real problem is that traitors like McConnell know full well that President Trump will be gone in the not-too-distant future, even if he’s miraculously inaugurated on January 20th.

The same goes for every other RINO in both chambers of the U.S. Congress.

The RINOs have been outed by the POTUS as never before … which is why so many have totally turned their backs on him.  They simply can’t bear the exposure of their never-ending infidelity to the American Republic.

Trump Demolishes Traitor Mitch McConnell along with the
Many Other Treasonous RINOs.

Even many of the real conservative congressmen have cowardly walked away from what is the biggest fight — EVER — that’s being fought to literally save the United States of America.

But it’s the RINOs, especially, who just don’t get it.  That’s mostly because they’re paid NOT to get it.  And, if they’re not being bribed BIG TIME, they’re being blackmailed via Pedogate criminality and/or evidence of Political corruption hanging over their heads.

Then there is the ever-mysterious, man-in-the-middle  Mike Pence.

How does the VPOTUS run for office on the same ticket as Trump, and not even contest the nakedly stolen 2020 election … … … unless you’re bribed or blackmailed to look the other way.

Many are even asking: Will VP Mike Pence commit the crime of MISPRISION OF FELONY on January 6th?!

Let’s face it; you know the whole place is full of stone-cold traitors when a Republican Vice President is sued by a Conservative legal team to not violate the U.S. Constitution. See: VP Mike Pence sued to do the right thing!

There are even attorneys working on Trump’s election legal team who feel that Pence is a traitor who is truly working for the enemy.

The 64 thousand dollar question here is: Why would a VPOTUS ever put himself in the position of betraying his President, his own party, his country, the American people as well as his supposedly conservative principles and Christian values.  And this is not just any betrayal; it’s “The Greatest Political Betrayal in American History” if he does not properly fulfill his statutory responsibilities on January 6th.  Of course, McConnell et al. are also complicit in this epic betrayal perpetrated by the Republican Party.

Vice President Pence has the power and is duty-bound to reject Electoral College
votes on January 6th from states that violated the Constitution.

Just how disturbing will a Mike Pence betrayal be on January 6th if he foolishly rubber stamps the greatest election theft in recorded history?  AND HIS OWN ELECTION, AT THAT?!?! See: Trump Furious With Pence Inaction Re: Election Theft

Surely, McConnell, Romney, Sasse, Portman, Murkowski, Collins, Rubio and all the other traitorous RINOs in the Senate will fully support such a treasonous move by Pence’s inaction.  Who among them is not bought by the MIC, CCP, Big Pharma, Big Tech or some other globalist entity?  Incidentally, both Pence and his wife have already proven to be shills for Big Pharma.  See: Vice President Mike Pence & Second Lady Karen Pence Did a Terrible Disservice to the American People by Publicly Receiving an Unproven Pfizer Covid Vaccine. 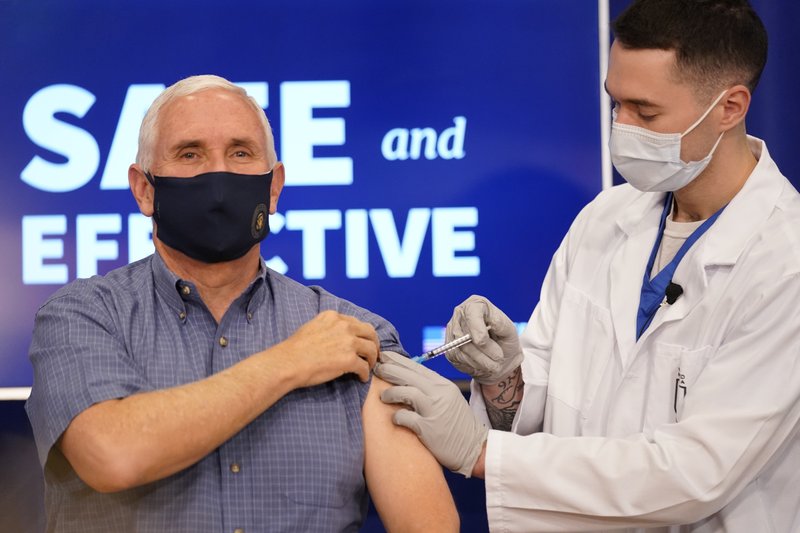 What’s even more concerning, however, is that: On January 6th, After Overseeing Declaration of the Winner of the 2020 Election, VP Pence Will Jump on a Plane and Fly Overseas.

Special Note: Despite so much evidence to the contrary, perhaps Mike Pence is really just playing his cards close to the vest.  Maybe he does have it in him to reverse this terrible election wrong.  Hence, Patriots everywhere should put their hands together and pray that the Vice President will do the right thing.  The fate of the Republic now hangs in the balance and only he can expose — before Inauguration Day — what will be known as the most highly consequential electoral crime wave ever.  Not only would his courageous leadership result in overturning the absurdly stolen Biden victory, Pence could set a needed glowing example to all other Republicans in government service.  Were they to act decisively and and in a unified manner, the fraudsters would be behind bars in a DC flash.

What else can be said except that, if the Vice President and Congressional Republicans do not stop this steal post-haste, it will amount to the “The Greatest Political Betrayal in American History”.

On the flip side, such a betrayal will compel the Patriot Movement to swing into action.  The Left has no idea whatsoever how fierce the Right is.  For the Patriots do have the truth on their side—an invincible motivating force of righteousness indeed.

Here are just one example of the roiling ire ready to vent should this steal not be terminated by those in government who are tasked with protecting the integrity of our elections.

Truly, it’s time to get busy for all who considers themselves to be Patriots.  The time is nigh to take back this country from those who have stolen it.  If We the People do not right this wrong now, this unique window of opportunity will be shut forever.  It will go to an all-out civil war should the imposter be installed in the Oval Office by his CCP sponsors and NWO globalist masters.

WHY DID MIKE PENCE APPROVE AN ILLEGAL BIOLOGICAL WEAPONS P-4 LABORATORY IN INDIANA?