What do his NWO globalist masters have on Ukraine Pres. Zelensky that he would slavishly play a Zio-Anglo-American crisis actor IN AN EXPLOSIVE WAR ZONE?!?! Or is this just more CNN fake news?

On the front lines in eastern Ukraine (CNN)Ankle-deep in thick black sludge, Ukrainian President Volodymyr Zelensky moves stealthily with his troops in single file through the warren of trenches and tunnels that form the tense front lines in the east of his country.

It feels more like the early 20th century than a modern conflict, with tired, nervous soldiers gripping their rifles around him as they reach open ground, scanning the area for movement across no-mans-land.

They know snipers, likely trained by Russians, say Ukrainian officials are looking for a chance to fire. More than 20 of their comrades have been gunned down already this year.

It’s eerily quiet with an occasional crack of a gunshot in the distance shattering the calm, keeping everybody on edge. 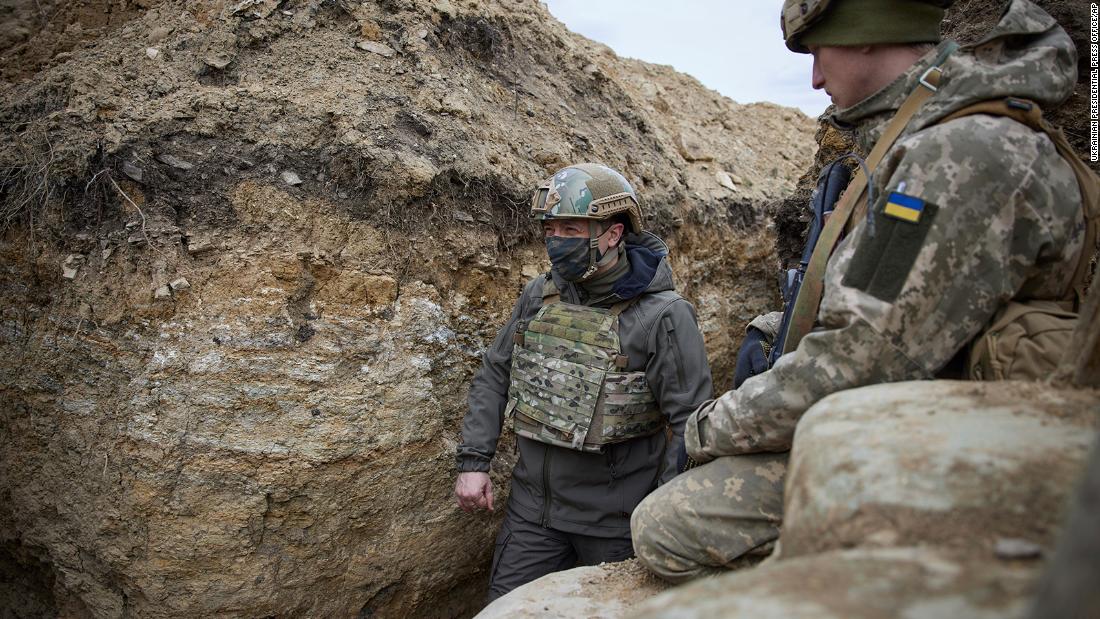 President Volodymyr Zelensky walked the front lines with troops.
This area near Mariupol is a risky place for the President of a country to visit, but that doesn’t stop Zelensky who granted CNN unprecedented access to his trip to the front lines, where he insists on going to the most forward positions.

“If I visit a military base, the guys at the very front will hear about it and think I forgot about them,” Zelensky told CNN in exclusive comments over two days. “They need to know they have political support.”