Like everything floated by the CIA’s Mockingbird Media, UFOs, EBEs, Aliens, First Contact, Disclosure are all FAKE!

*But that doesn’t mean authentic phenomena related to
extraterrestrial civilizations do not exist.  Only that the
government version of events is totally made up to fit
their civilization-destroying New World Order agenda. 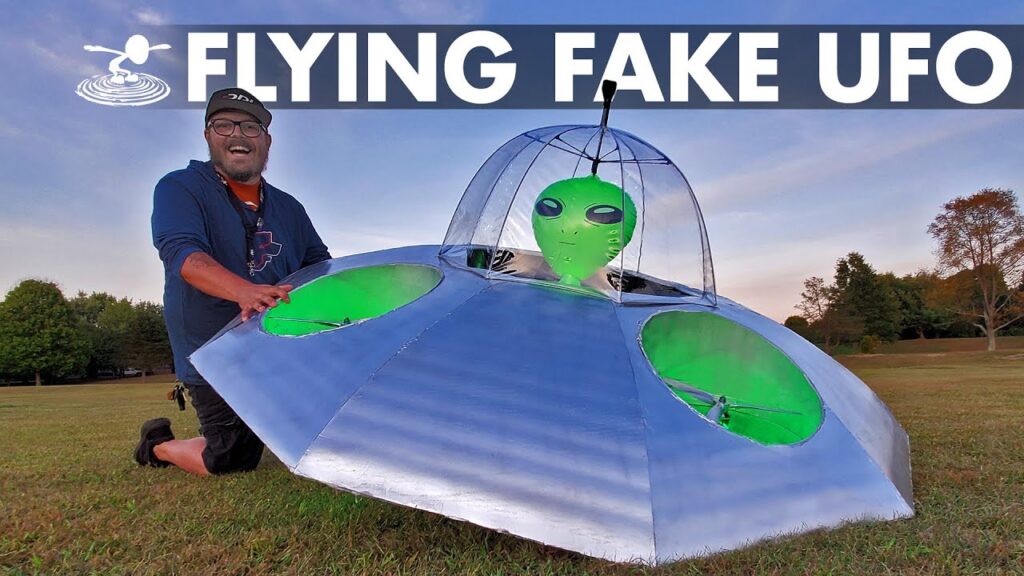 The Entire “Disclosure Movement” is the
Most Controlled Group of Gullible UFO Investigators in U.S. History

Does anyone see something very wrong with the recent spate of MSM reports and US Military releases about UFOs?!

The whole realm of disclosures about UFOs, EBEs, First Contact and Extraterrestrial Civilizations is as tightly controlled as any in human history.

First of all, since World War II, there has been a marked increase in UFO activity reported around the world.

Because the militaries of all the most powerful nations on Earth have been competing with each other to attain supremacy in space—that’s why.  For whoever effectively controls space surrounding the Earth inevitably controls the entire planetary civilization.

Therefore, what humanity has witnessed — relentlessly — since WW2 is a steady stream of UFO sightings around the globe, almost all of which are deceptively passed of as real ET-flown spaceships.  Probably all of these manmade spaceships and other flying contraptions are manufactured by the USA in some mountainside in Nevada or Utah.

Even Roswell was a fastidiously staged spaceship crash event to draw in as many uninformed and naive folks as possible.  Those Hollywood screenwriters did a great job on the Roswell script, which is why so many smart people were sucked down that never-ending rabbit hole.

Look it, virtually every UFO sighting in the USA since 1946 was either a fake event staged by the US military or one of their MIC proxies.  Or, the UFO event was a live test of an experimental spaceship that was covertly manufactured in one of the many massive underground or mountainside facilities that have been operating during the same time frame.

By the way, there’s a very good (really BAD reason) why they are floating so many UFOs here, there, and everywhere around the world today.  They have been using the CIA’s Mockingbird Media to deceive the American people this way for decades, but now more than ever.

This unrelenting global hoax allows the highest echelons of U.S. Military, which have been deeply involved in the countless ‘alien abductions’ for experimentation purposes, to claim that it’s the evil aliens that are performing such atrocious experiments on both humanity and the many mutilated cattle.  As follows:

Of course, another major reason is for the MIC to go to Congress to get the approval of billions of appropriations with the patently false justification of ‘National Security’.  This is exactly how the U.S. Military received the massive funding to establish the recently formed Space Force.  These transparent misappropriations provides yet another political means for the banksters behind the MIC to steal tremendous amounts of taxpayers’ money.

If there are really UFO-conveyed evil aliens out there who wish us ill, they would already have taken over the planet.  And, if they are good aliens, they would pose no threat to the human race and quite likely would have made overtures to sit down and talk about intergalactic cooperation, peace in the Solar System and brotherhood throughout the Universe.

That’s not to say that there are not very powerful off-planetary EBEs who are pulling the strings of the inhuman Power Elite currently running the planet.  Clearly, those very wealthy and powerful bloodlines have been under the influence of some very dark alien forces over millennia.

Perhaps it’s much easier for those dark forces to divide and rule the human race as they have done for centuries in this manner rather than take over the Earth by brute force. Given their immense technological superiority, they could certainly do just that in a day and a night instead of playing cat and mouse with a bunch of “Top Gun” military pilots.

Of course, there has been talk for many years about a staged alien invasion by The Powers That Be (TPTB) whereby they would fabricate a new imaginary alien enemy in their moment of greatest need and out of sheer desperation.   How else to best distract humanity from their numerous global crime waves like the THE GREAT SCAMDEMIC?

As gullible as the world community of nations has been to both believe in the existence of SARS-CoV-2, as well as accept an extremely dangerous and deadly COVID-19 injection has shown TPTB that they can just about get away with anything—ANYTHING!.  Yes, the masses of humanity have quite unfortunately proven to be that ignorant, clueless and/or unaware to their great detriment.

Therefore, everything does point to a meticulously choreographed ‘Alien Invasion’-type event that will shock and awe the people of planet earth, once and for all.  This may happen when the power elite need the distraction the most from their countless crime sprees related to OPERATION COVID-19.

There’s simply way too much preoccupation with the UFOs and Alien presence by the mainstream media right now for there not to be a false flag attack of some sort.  As a matter of historical fact, there have never been so many MSM reports about these phenomena especially quoting official and/or military sources.

Therefore, it’s quite likely that a top-secret plot is afoot to finally implement something like Operation Firesign.  Both Operations Firesign and Bluebeam have been in the works for decades, ready for just the right moment to spring on humanity when nothing else will sufficiently distract people across the planet from so much truth revelation.

Author’s Note: This exposé by no means denies the existence and/or reality of “UFOs, EBEs, Aliens, First Contact, Disclosure”; rather, the way they are absurdly (mis)presented by the CIA’s Mockingbird Media must be acknowledged so that humanity cannot be so easily manipulated by the Military-Industrial Complex about such emotionally charged topics and contrived ‘National Security’ issues.