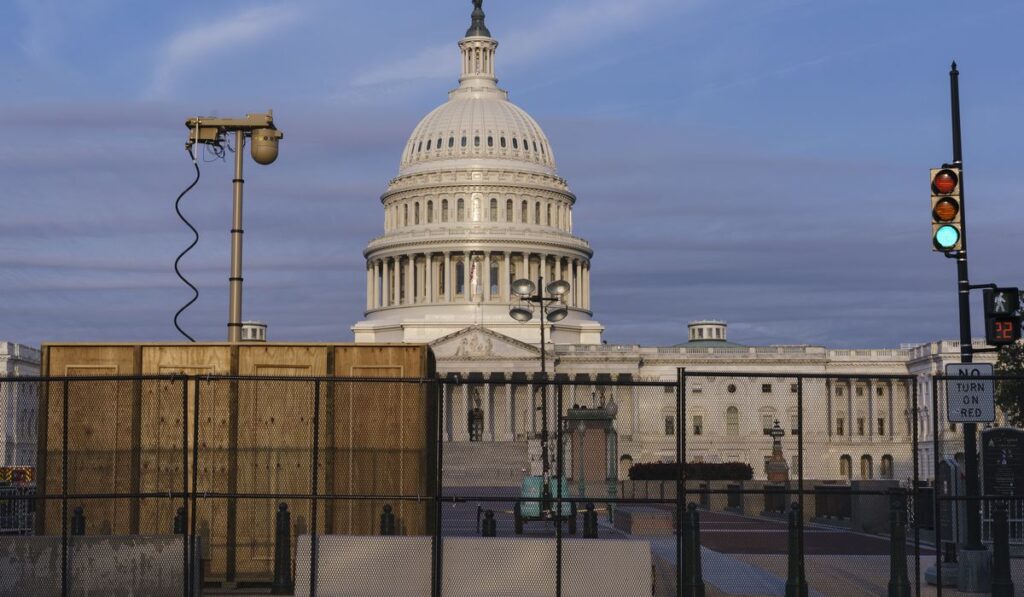 Everything Points to a HUGE Setup Against
Attending Patriots at “Justice For J6” Rally
at the Capitol on Saturday, September 18th

There will probably be more federal agents at JFJ6,
than real protestors, in the form of COINTELPRO operatives, CIA agents, ATF thugs, undercover
Capitol Police, ex-Military mercs and Congressional
spies, all of them ready to stir the pot anyway they
can to make the Patriot Movement look bad—REAL BAD!!!

Make no mistake about it, America’s Uniparty is out to demonize the Patriot Movement any and every way it can for the foreseeable future.

See how 9/11 Cover-up Artist George W. Bush was ordered to demonize
the Patriot Movement right before the “Justice For J6” Rally.

In light of these and several other alarming developments, it’s clear that something very sinister is brewing inside the Washington, D.C. swamp this weekend.

Just like the Oklahoma City bombing was quite purposefully staged to demonize the burgeoning militia movement during the Savings and Loan Scandal in 1995, the power elite is determine to take down the Patriot Movement before they conduct their GREAT RESET.

The Powers That Be know that their controlled demolition of the Global Economic & Financial System will not bode well for them.  They also know that every Patriot will be armed to the hilt and coming for them after they attempt to steal what little is left of America’s wealth.

Therefore, it’s now self-evident that the U.S. Intelligence Community, working in tandem with Operation Gladio C, have meticulously planned a series of events, each of which is designed to falsely frame the truth-seeking Patriot Movement as violent extremists, Christian white supremacists and Taliban-like terrorists as W. Bush just shamelessly did.

The New World Order globalist cabal simply will not rest until every Patriot, Conservative and Christian is either dead or incapacitated, in prison or a FEMA concentration camp.  Hence, it’s of paramount importance that events such as JFJ6 are strictly avoided … except by citizen journalists armed with smartphones, photography and video cameras, recording devices and other truth weaponry.  GOT IT?