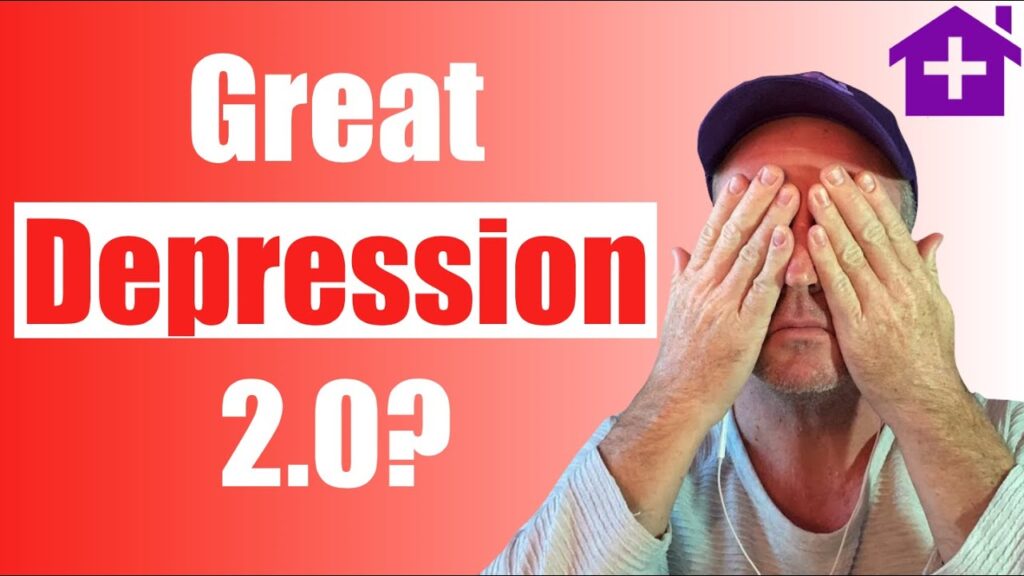 The GREAT RESET cannot be implemented without “The Greatest Economic Depression”.

It ought to be apparent to every observer of current events that The Powers That Be are painstakingly setting up the greatest market collapse in world history.

The obvious reason for the upcoming controlled demolition of the Global Economic & Financial System (GE&FS) is to set the stage for the GREAT RESET.

Of course, the Covid Plandemic was first carried out to sufficiently soften up all of humanity to accept without resistance the planned radical changes IN EVERYTHING.

When the Power Elite called it a New World Order, they were deadly serious.  The NWO globalists are clearly determined to foist that destructive disorder on the entire planetary civilization… even if it means killing off 90% of the human race (which they are obviously doing).

So, the $64,000 question is: When, exactly, will the banksters pull the plug on the “Global Gambling Casino”?  When will they pop the many bubbles — all of which now conveniently interpenetrate each other — that they have artificially created since 9/11?

For the uninitiated, there is now mathematical certainty that the financial elite will conduct a perfectly controlled demolition of the Global Economic & Financial System.  And, every day that goes by only accelerates their stealthy execution of that calamitous scheme.

All of the current economic trajectories, financial data and technical analysis clearly demonstrate the covert sabotage of every major market to include equities and bonds, currency and commodities, real estate and insurance, derivatives and carbon, etc.

The nakedly engineered supply chain disruptions and unprecedented port congestions indicate shortages OF EVERYTHING are soon coming.  Already many folks are unable to acquire certain major appliances.  How, pray tell, does anyone live without a refrigerator for 6 months?!

The slow motion collapse of the Chinese real estate market already began with the free-fall collapse of EVERGRANDE. See: It doesn’t get any bigger than EVERGRANDE

The contagion of that systemic breakdown is reverberating all over China and will soon affect the rest of the world, much as the Wuhan outbreak of COVID-19 triggered the 2020/2021 Coronavirus Pandemic.

The epic bankruptcy of Evergrande is quite analogous to the collapse of Lehman Brothers, which occurred on Monday, September 15, 2008 as the trigger event of the multiple stock market crashes that eventually caused the Great Recession of 2009.

There are several key milestones in this long-planned scheme to purposefully set in motion “The Greatest Economic Depression”—EVER!

However, the main event will be timed similarly to the Wall Street Crash of 1929, which occurred most dramatically from October 24, 1929, called Black Thursday, the day of the largest sell-off of shares in U.S. history, until October 29, 1929, known as Black Tuesday, when investors traded over 16 million shares on the New York Stock Exchange in a single day.

Because the 2022/2023 time frame has been identified as the year of Super Shemitah, this October will likely see an unmistakable foreshadowing of things to come.  For every 7 years the banksters perform a ritual that allows them to transfer their debt burdens onto the backs of the taxpayers of the richest nations on Earth. See: HERE IT COMES! The Beginning of the Bankster’s Super Shemitah

The oncoming Super Shemitah will be the final one of this epoch as the GREAT RESET was designed to completely change both the global economic paradigm and worldwide financial architecture—FOREVER!  In this way, the Financial Masters of the Universe intend on engineering the “Greatest Depression” ever as a means of manufacturing consent throughout the world community of nations in order to seamlessly carry out their cataclysmic GREAT RESET.

KEY POINT(S): If there is one major influence driving the actual date of the controlled demolition of the GE&FS when the whole world knows it’s really over, it is this: Given that the NWO globalist cabal has passed the point of no return several times over with the incredibly reckless execution of OPERATION COVID-19, as well as with the brazen implementation of the Covid Super Vaccination Agenda, there is no turning back for them.  They are all DEAD MEN WALKING!  And they know it.  Which means that they will likely push the button at the pivotal point in time in order to avoid their own French Revolution comeuppance of the Third Millennium.  In light of the rapid worldwide awakening transpiring in real time about the Covid pandemic hoax, the Power Elite will be inevitably driven by self preservation.  For they always seek protection in the pervasive chaos, confusion and conflict they, themselves, treacherously fabricate.  When the whole world is plunged into a devastating economic depression after an overwhelming financial collapse, how can folks hold the Covid criminals accountable?  So the perps think.

Now, here’s the bottom line no matter what the eventualities are: Who doesn’t know we’re living through the End Times?

If the long-planned NWO scenario is to be thwarted, We the People can still respond in a manner that strips those in positions of power and influence everywhere of their capability to carry out the New World Order agenda.

As long as those elected representatives and government officials and corporate officers and NGO directors are more afraid of We the People than they are of their NWO globalist paymasters and Deep State handlers, this deteriorating yet reversible situation can be turned around.  However, citizenries around the globe must, first, quickly unify, and, then, act decisively and courageously.  For example: