“The last battle of the final war between the forces of light and forces of darkness.”

THERE ARE TWO MAJOR WARS GOING ON… 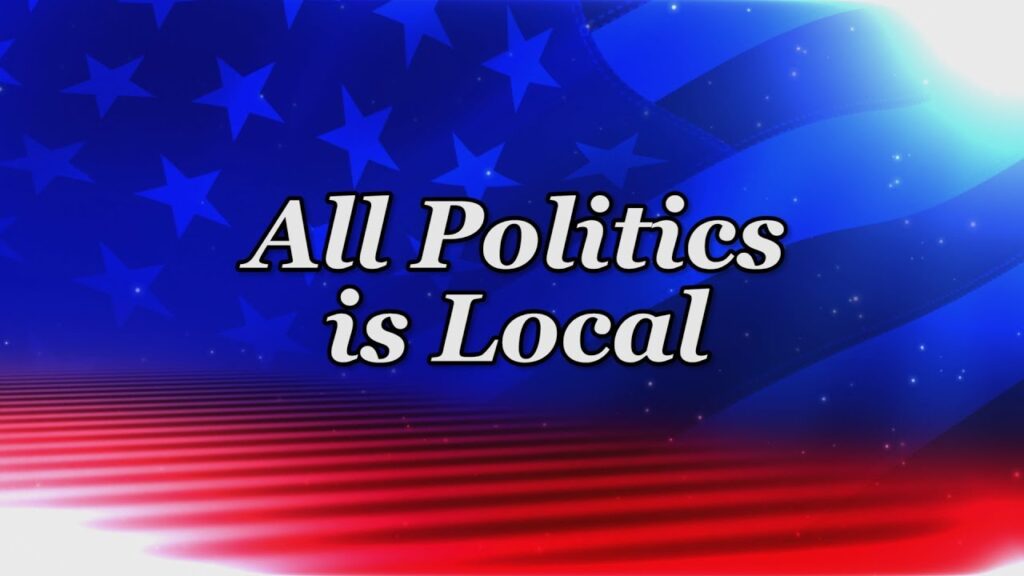 The whole cosmos is ordered on two primary levels—the macrocosmic and microcosmic.  “As above, so below.”

So, too, has the entire planetary civilization been organized by The Powers That Be who presently control the affairs of men via the well-hidden Global Control Matrix.  That’s analogous to the macrocosmic level.

However, at the microcosmic level — the local level — TPTB do not exert nearly as much control or power or influence.

For example, POTUS Imposter Joe Biden can unlawfully issue executive orders from the Oval Office, but the states, counties and cities can decide to enforce them or not.

This is precisely why the mundane reality has always been:
“all politics is local”.

With this correct understanding, there is only one way forward in this ongoing epic war on humanity.  Every important battle must be fought fiercely at the local level—against the city councils, the county commissions, school boards, etc.

In the red states, especially, the citizens must rise up as never before and put the fear of God into the petty tyrants who now disproportionately populate those city councils, county commissions and school boards.  Once they feel the wrath of We the People, they will cower before they literally crap their pants.  For the wrath of the people is nothing less that the wrath of God in the present Covid context.

You cannot fight Biden.  When the barbarians are inside the gate, as they are inside the Beltway, all you can do is ignore them.  You cannot fight them successfully, so why waste your precious time and energy.  After all, Biden is surrounded by communist traitors and foreign agents and globalist banksters and Democrat bolsheviks who, in the aggregate, now control all of the levers of federal power.

Governor Ron DeSantis has forged a new path in Florida that ought to serve as a template for every other Republican governor to follow.  Because at the state level, resistance to the federal tyranny is a highly effective way to throw off the yoke of the forever lawbreaking U.S. Federal Government.

All Gov. DeSantis has to do is invoke states’ rights in resisting every single form of Biden despotism.  However, it’s equally important for the cities and counties of Florida to support his statewide initiatives, which are truly designed to protect all citizens.

Should a critical mass of red states significantly follow through in this manner, the current totalitarian regime in Washington, D.C. will be toothless.  Team Biden cannot possibly win a war against half the states at one time particularly when they have been defanged.

However, what this proactive approach does require is for each state to decisively cut the umbilical cord, when necessary, with the US government.  While this will translate to many sacrifices, it’s the ONLY way to guarantee the independence of state governance and federal intrusions.

The fundamental right of each state is to protect its sovereignty, and each governor is empowered by both their state charter and the people to defend against federal overreach.  More than ever, a growing number of residents in all 50 states absolutely detest the bullying by the thugs who make up the nakedly corrupt and criminal Biden administration.

Our Best Hope Rests With The Local
SOVEREIGNTY MOVEMENTS

However, it is at the most local of levels where We the People can really rebel against the Covid tyrants.

When a mama bear shows up at a school board meeting and rips off the head of a shameless cultural marxist school board president, that really means something—BIG!!!

Fist of all, if every school board was to be overrun by mama bears and their gun-toting husbands, AG Merrick Garland would be at a great loss for which altercations to respond to.  The DoJ and FBI would be simply overwhelmed with trying to round up these unjustly labelled ‘domestic terrorists’ popping up all over the country.

Similarly, when citizens start storming their city council and county commission meetings, the FEDs will be even more incapable of enforcing Biden’s patently unconstitutional dictates.

So, while the New World Order globalist cabal effectively controls the globe on a macrocosmic level, We the People can slowly but surely take back our power at the local level, in these ways, on the ground where it matters the most.

It’s impossible for the globalists to exert firm command and control over each city and county, town and village, district and jurisdiction.  It cannot practically be done without the consent of a critical mass of citizens.

They know that; they’re just hoping We the People don’t figure that out anytime soon.

BOTTOM LINE: Only when the local political leaders, elected representatives, government officials and appointed directors come to understand that they work for us, not the NWO cabal, will things change for real.  Put another way, only when those paid off puppets and pawns are MUCH more afraid of We the People than they are of their Deep State handlers and NWO globalist paymasters, will they scurry away from their plum positions and scamper away from their petty tyrannies. 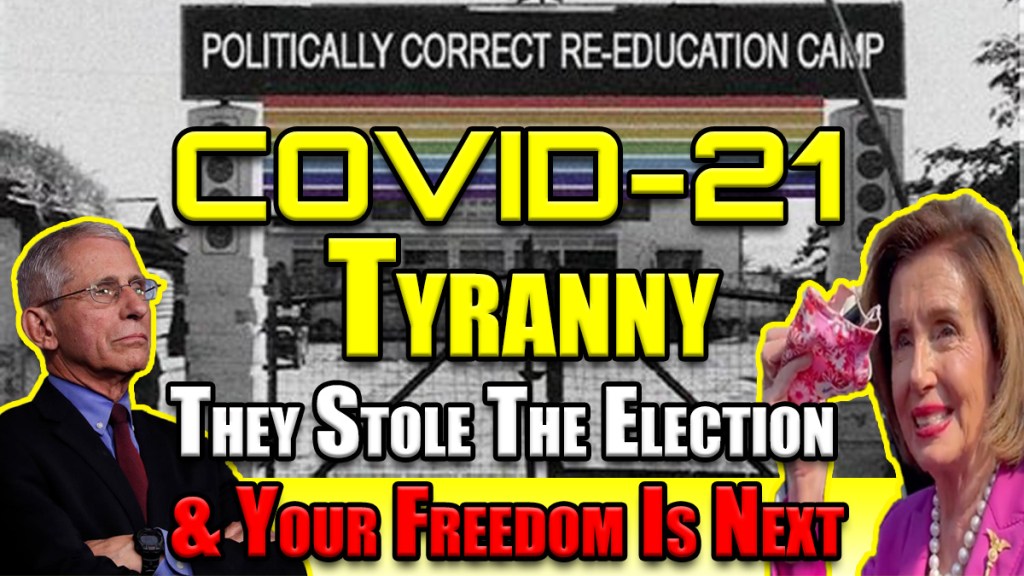 Now for the most effective and urgent “Action Plan” that citizens and sheriffs in every county in America can implement post-haste: An Open Letter to All County Sheriffs & Residents

But why is it so imperative for the citizenry to take back their power — POST-HASTE — from the tyrannical federal government that has insidiously stolen it from them over many decades?  Here’s why! COVID-19 VACCINE MANDATES: Imposed by the POTUS Tyrant to Irreparably Destroy the American Republic

What we are all witnessing is the last battle of the final war between the forces of light and forces of darkness—worldwide.

The liberal Left has proven itself, time and again, to be utterly godless and without conscience.  By and large the Democrats worship the state, not God.  They seek more and more state power, not divine grace.  They act with total disregard for the rule of law, preferring the rule of tyrants.  This is very nature of all the isms that Democrats now subscribe to—socialism, communism, bolshevism, anarchism and nihilism. See: NWO Globalist Cabal Hellbent on Taking Over Florida via Political Bolshevism

The conservative Right, on the other hand, had been traditionally God-fearing and respectful of basic rights.  The United States has been fundamentally a Christian country — and it was founded as ONE NATION UNDER GOD — which the Patriot Movement aims to preserve.  Hence, with Almighty God on our side we cannot lose, for good always triumph over evil in the end.

Well, this is the end, folks—the very end!  So everyone ought to read this sage piece of advice so the victory will be ours: