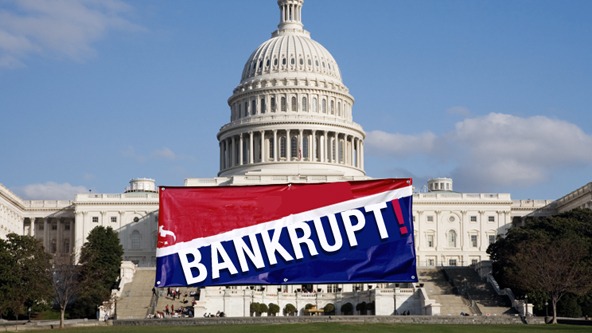 US CORPORATION IS BANKRUPT,
STATES MUST EXIT THE UNION

“Only the States can successfully fight this epic
war against the U.S. Federal Government. The
conservative states must completely disengage
from the US Corporation post-haste, lest they
be forever terrorized by the New World Order
globalist cabal.  There is no other way to remove
federal tyranny from American life.  In this way,
we starve the BEAST… … …before it starves US”

In view of the extreme and unparalleled political polarity across the USA, it ought to be self-evident that the only way out of this mess is to dissolve the fraudulent U.S. Federal Government.  Rather, it is the patently unconstitutional US Corporation that MUST be dissolved post-haste.

However, because that will never happen by intelligent design or through any deliberate political process, the only way out of the entirely dysfunctional union is to GET OUT.

It’s now clear that states like New York and California are hopelessly corrupt and institutionally criminalized where their totalitarian governments have embraced a twisted type of Chinese communism.

The social degradation wrought by Hollywood and tyrannical technocracy run out of Silicon Valley were both planned by the New World Order globalist cabal many decades ago.  Then the Wall Street banksters funded and financed this treacherous scheme to surreptitiously destroy the American Republic.

Those two states — New York and California — along with Washington and Oregon, Connecticut and New Jersey as well as several other socialist paradises have proven to be totally beyond redemption.  None of their despotic state governments stand for any of the ideals, values and principles of the original American Republic.

On the contrary, those degenerate states represent the very worst ways in which this nation has fallen into the proverbial abyss.  The history books of the future will surely describe how the fabric of American society was irreparably torn especially by those six mutinous states.

But how did they really do it?

By way of the insidious social terrorism cunningly inflicted by the most devastating communist weapon known—Cultural Marxism.

By transforming each of the primary cultural centers of America into modern-day “Sodom and Gomorrah”, the cultural marxists and political bolsheviks stealthily took over the entire nation.

LA and San Fran became the “Sodom and Gomorrah” of California just as New York City and Philadelphia did in the Northeast.  Seattle and Portland, Chicago and Detroit, Washington, DC and Baltimore, Denver and Houston, Atlanta and Charlotte, Miami and New Orleans all followed suit.

Then, from these major centers of Cultural Marxism, the closet communists were able to degrade American society to the point of abject depravity we see everywhere today.  Just take a close look at how quickly Denver was taken over by corrupted California transplants, who then took over the once great state of Colorado.

And no one even guessed that the barbarians have been inside the gate exerting their corrosive influence on every aspect of American society since the Federal Reserve Act of 1913.

Just how utterly serious and desperate and urgent is the current state of affairs throughout the country?  As follows:

The Fate of the American Republic Has Been Sealed 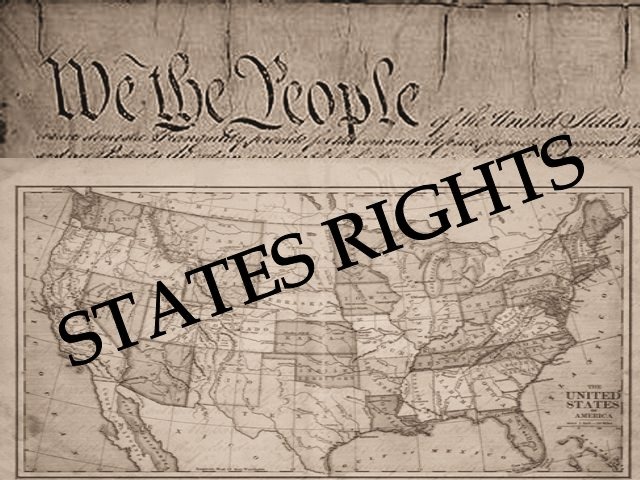 In light of these and many other highly unfortunate developments, each of the 5o states that wants to reclaim its constitutionally guaranteed sovereignty must decisively disengage from the tyrannical city-state known as Washington, D.C.

The states’ rights granted by the Constitution provide the legal framework by which every state can lawfully disentangle themselves from the blood-sucking tentacles of the US Corporation octopus.

KEY POINT: There now exist volumes of actionable evidence of capital crimes committed by the U.S. Federal Government against the American people.  Hence, the public trust has been profoundly violated; the social contract irreversibly broken; and sacred covenant between the governed and the government forever rent asunder.  Therefore, the states posses the legitimate authority and lawful right to expeditiously exit the union without resistance from Washington, D.C.

From this point forward, nothing good can come from such a dictatorial and corrupted entity as the US Corporation headquartered in Washington, D.C.  In point of fact, virtually every government institution, corporate entity and NGO inside the Beltway has been corrupted to the core.

After the false flag terrorist attacks of 9/11, the federal government has proven to be a highly malevolent and dangerous entity, now going so far as to mass murder the citizenry via a weaponized Covid vaccine scheme. See: OPERATION CHAOS: BIDEN’S ONE TWO-PUNCH STRATEGY TO DESTROY THE USA

Really, does it get any more dangerous and deadly than that?!

No, it doesn’t!  So why stick around for one moment longer?

If ever there was a time for Florida and Texas to exit the union, that time is now.

Both of these freedom-loving states and their governments have been terribly abused by the procession of tyrants squatting in the White House.

As a matter of historical fact, this Alt Media platform has catalogued decades of weather warfare, false flag mass shootings, bio-terrorism, corporate sabotage, geoengineering attacks, election thefts and other stealthy means by which Washington, D.C. has assaulted Florida and Texas.

Ferociously fighting a federal government that is right now mandating the
poisoning of state residents with a series of highly injurious Covid injections
should make the decision of leaving the US Corporation quite easy.

Florida and Texas have already fought major wars with the White House over the massive influx of illegal aliens permitted to unlawfully come across the border over decades because many of those illegals end up in either the Sunshine State or Lone Star State.  In this way, the Democrats seek to fill the primary red states with illicitly voting aliens.

When there is an absence of territorial integrity and lack of national sovereignty such as this, what’s the point of supporting the US government?  After all, protection from enemies both foreign and domestic is the primary purpose of any federal government.  Well, the government has become the arch enemy of the people!

Therefore, the single best way to neutralize the power and influence of the dangerously treasonous Deep State that completely controls D.C. is to sever all relations with the BEAST.

Truly, it’s time for the conservative states to exit the union before it’s too late.  Not only can the swamp inside the Beltway not be drained, it will continue to pollute everything it touches and associates with.

Folks, there’s an extremely nefarious plot afoot which must be properly understood if the American people are to come out of this alive.