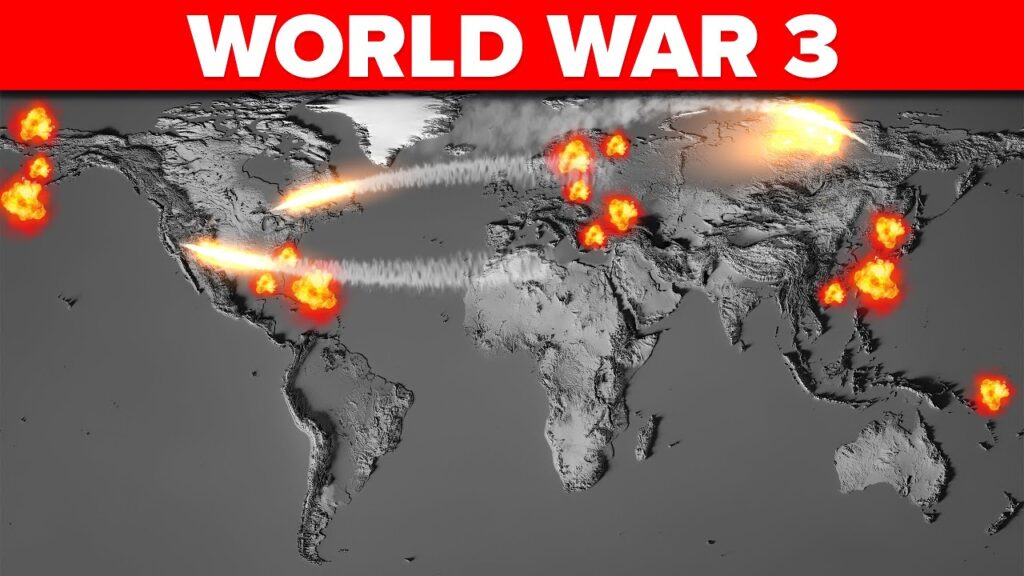 “When scientific knowledge and applied technology
reach a critical level of advancement, without being
informed by spiritual truths and guided by moral
authority, this planetary civilization will cease to
exist as it is. Once certain thresholds are crossed
into forbidden areas of dangerous scientific pursuit
and technological development, the destiny of the
human race will be abruptly and forever altered.”

This is exactly where the human race finds itself. (See the preceding CCRG quote.)

Since World War II, mankind has developed the means by which to forever destroy the current planetary civilization several times over.  The last time this happened was 12,000 years ago in Atlantis, and we all know how that worked out.

In truth, your average humanity really has no idea of just how powerful weapons of mass destruction have really become in 2022 and beyond.  In point of fact, the extraordinary advancements in the development of various types of extremely destructive weaponry have never even reached the public space.

Put another way, the abysmally uninformed U.S. citizenry does not even know what they don’t know about the deployment of secret weapons of mass destruction in the hot phase of a World War III scenario.

Well, we are literally moments to midnight where it concerns the highly kinetic and opening stages of a full-scale WW3 armed conflict.  Hence, it now too late to find out what they don’t know they don’t know.

The stark reality is this: The present capacity of the world’s greatest military powers to unleash exceedingly advanced and sophisticated weaponry of mass devastation leading to an Extinction Level Event has never been so imminent.

The real problem here is that the scientific and technological elites are so stunted in their spiritual growth as they are suffering from arrested psychological development, that they have no business whatsoever constructing those earth-shattering weapons.  The power elite barely have the temperament and maturity to responsibly handle sticks and stones for God’s sake. 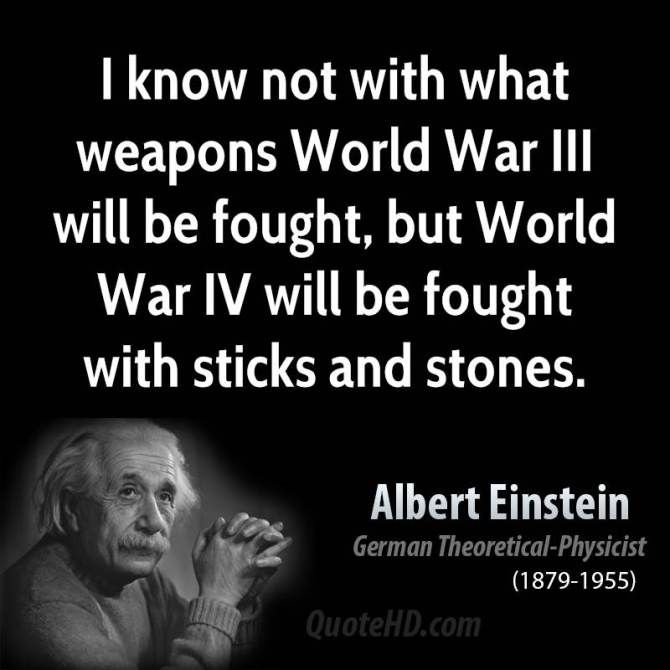 In view of the stunningly reckless and brazen warmongering by the US-UK-UA-EU-NATO terror group in Ukraine, it’s now clear that the Western establishment has gone mad—TOTALLY AND CERTIFIABLY MAD. See: The MAD Warmongers & Their “Empire Of Lies”

The New World Order globalist cabal does not even care that a full-blown World War III would likely morph into a nuclear conflict of global proportions.

The NWO cabal is so hellbent on conquering Russia, in order to expedite their GREAT RESET, that they are seemingly oblivious to the unparalleled and cataclysmic consequences of even a brief World War III.

Because The Powers That Be (TPTB) are so closely aligned with the hidden evil powers which effectively control the Earth realm, they really believe they cannot lose this “last battle of the final war between the forces of light and forces of darkness”.  They are so deluded and full of hubris that they only see victory on any battlefield they create.  Which is true to a certain extent.  However……….

In the nation of Russia, the warmongering Zio-Anglo-American Axis has poked an already very angry mama bear in the eye as if to dare it to protect her citizenry.  To date, the sheer patience and great forbearance demonstrated by Putin’s Kremlin defies every human standard.  However, it should be clear that every leader and nation will eventually reach their limits before they go ballistic like Putin justifiably did in Ukraine.

Which brings us to the rapidly emerging scenario in Eastern Europe and especially the Ukraine where the whole world is witnessing the deliberate triggering of an all-out war between a defensive Russia (and her closest allies) and the provocatively aggressive NATO nations. See: Russia Prepares Nuclear Strike From Kaliningrad Against European/NATO Targets

Russia had every right and reason to invade Ukraine, if only to stop the genocide being perpetrated over 8 long years against the Russian speakers who populate the Donbass.

However, there was a much more urgent justification for Russia’s “special military operation” throughout the Ukraine.  The Russian military’s first and highest priority has always been to shut down all the Pentagon-sponsored bioweapon laboratories strategically sited across that country, which they did with great success and speed. See: Here’s the main reason why Russia has to completely neutralize Ukraine!

Because the Ukraine was being systematically set up to be the launching ground for a full-scale biowar against Russia, Putin had no choice but to terminate what amounted to a highly organized, NATO-run, bioterrorist operation.  The hard evidence secured in the many US-funded biolabs proved that Russia would be the target of unending waves of stealthy bioterrorism … … … just like OPERATION COVID-19 has proven to be for the entire planetary civilization.

KEY POINTS: If there’s a single event that could translate to a bona fide EXTINCTION LEVEL EVENT, it’s the ongoing biowar being waged against humanity under the rubric of OPERATION COVID-19 coupled with the Covid Super Vaccination Agenda.  Now that the Plandemic perps conveniently have cover from nearly two and a half years of waging this incessant biowar, launching a bio-attack against Russia provides the Zio-Anglo-American perps with vital plausible deniability. See: THE COVID-19 EXTINCTION LEVEL EVENT

It’s important to note that an objective historical retrospective analysis of the major global events of the second decade of the 20th century conclusively confirms that these “enemies of the human race” are using the same genocidal game plan during this second decade of the 21st century.  Clearly, OPERATION COVID-19 was designed as a depopulation enterprise, and worse for those who survive it. See: FUNVAX: Globalist Plot to Mandate COVID-19 Vaccine Exposes Shocking Satanic Conspiracy

The Armenian Genocide, World War I, Bolshevik Revolution and Spanish Flu Pandemic were all purposefully clustered during the second half of that calamitous decade to produce the necessary chaos, confusion and conflict to effectuate a number of nefarious premeditated outcomes.  In this fashion, TPTB were able to significantly advance their New World Order by adroitly employing their time-tested Ordo ab Chao strategy just as they are doing today.

What’s clear is that the West wants war with a vengeance never seen before in modern history and IN BROAD DAYLIGHT.

Truly, the US, UK, Israel and their vassal NATO countries are determined to fight this war all the way to the last living European.

In light of this swiftly accelerating downward spiral into an apocalyptic global conflict, should either side go nuclear, or go EMP, or go biological/chemical, how quickly a world war will descend into an Armageddon goes is anyone’s guess.

Therefore, it’s incumbent upon the citizenries of the Western military powers to put the breaks on this war-making—POST-HASTE!  Their leaders must be constrained immediately from throwing more fuel on the fire in Ukraine before a planetary conflagration occurs.

If folks everywhere do not put their hands together to pray for peace today and not tomorrow, there won’t be a tomorrow.  Yes, that’s how serious this situation has become.

By the way, this is what always happens “WHEN RICH AND POWERFUL MAD MEN RUN THE WORLD…..”