In case it has not yet become apparent, the American people are fast approaching this nation’s LAST ELECTION DAY.

Because the transparently stolen 2020 POTUS election remains such a festering wound throughout the entire body politic, that bloated boil will inevitably pop during this 2022 election cycle.

When well over half of the electorate has been subjected to the most intensive political gaslighting operation — BY ALL OF INSTITUTIONAL AMERICA — for two straight years, what else could be expected but an Election Day explosion/implosion? As well as a post-election clusterf*ck as never seen before.

The CIA’s Mockingbird Media has been so brazen and strident, and so reckless and unrelenting, and so vicious and vengeful in their attacks on so-called ‘election deniers’ that it’s going to backfire—BIG TIME.

Really, how can you even hold the 2022 midterm elections when it has been proven conclusively that the Democrats outright stole countless elections during the 2020 election cycle?!?!?! 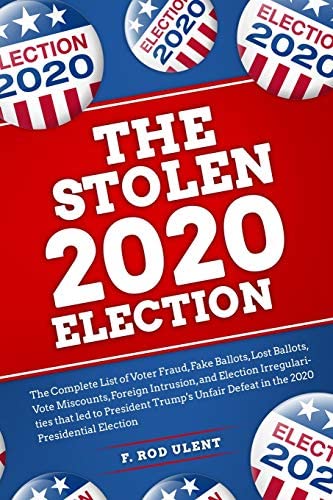 So, because there was virtually no political will to seriously undertake comprehensive election reform that should have made the whole electoral system fraud-proof, it literally went in the opposite direction. The Democrats have, in fact, gone full-bore with carrying out more vote fraud and election criminal activity than ever.

How could it not be when the Democrat Party is so desperate to steal every election in sight so as to avoid the final dissolution of their veritable crime syndicate?

Hence, what we are about to witness is the greatest number of attempted election thefts in U.S. history on November 8th.

In view of this stark reality, there can only be one outcome—a final collapse of the U.S. election system. Which leaves the 2024 contest to the militias and militants to settle.

Because the lunatic-populated Left is totally dug in and will not give an inch after their many attempted Election Day steals. We know that, yes?!

And, for the first time ever, the Right is perfectly poised to respond to the coming Democrat crime spree in a manner that will shake the nation’s foundation as never before.

What the conservatives have patiently tolerated up until now has demonstrated that many folks have the patience of Job. Of course, their RINO representatives in Congress evoke nothing but fear and loathing given their endless treason and treachery.

However, because of what’s truly at stake with this most important midterm in history, the Right MUST act, and act decisively.

The continuity of the American Republic—THAT’S WHAT!!!

The communist-controlled Democrat Party knows that it must win both Senate and House to implement their utterly treasonous New World Order globalist agenda. And nothing under the sun will stop these traitorous bolsheviks … … … except an overwhelming countervailing force that can only be formed by the righteous Patriots among US.

Now, what really makes this election season so explosive … so intense … so volatile … so heightened … so combustible … is that both sides of the political spectrum are suffering greatly from their respective forms of Electoral PTSD (Post Traumatic Stress Disorder).

The Left, even to this day, was quite meticulously psycho-socially engineered to develop the worst case of Trump Derangement Syndrome (TDS) imaginable. Truly, these life-long liberals are really sick as in mentally ill, emotionally deranged and psychologically damaged beyond repair. Leave it to a nonstop, nationwide, Tavistock-level, mind-control programming conspiracy that literally hijacked their small minds. Therefore, any thought of the possibility of the Republicans taking either the House or Senate or both leaves them all in the state of collapse. That Donald Trump could actually be appointed as the Speaker of the House, were the GOP to gain the majority, would leave them eternally apoplectic.

As for the Right, those good folks have been incessantly terrorized and traumatized by the most protracted political gaslighting operation EVER!!! The perfidious and ever-prevaricating mainstream media has pejoratively labelled them ‘election deniers’ only because they KNOW exactly how 2020 was outright stolen. The indisputable hard proof is so compelling that the NWO globalists use the fire hose treatment on every election-denying Patriot, in what are both public and private psyops. Now that’s an immense psychological operation for you! And the more the gaslighters work their black magic, the more exasperated the Right justifiably becomes.

So, you can see that what we have here is an epic and incomparable “failure to communicate”.  And, when folks simply cannot communicate (How do you ever talk to a brainwashed liberal leftie with an irremediable case of TDS?) & there’s so much at stake as in the complete destruction of the Republic, things will only go to hell in a handbasket—FAST!!!

There can only be one conclusion: we all are soon to witness the final election in U.S. history. As the title of this article states:

How could a 2024 POTUS election ever take place with so much flagrant fraud and election rigging and voter scams and electoral crime being committed by the Democrat Party during the 2020 and 2022 election cycles.

It’s gonna be a BLOODBATH for Democrats on Election Day
unless the Democrats steal every single
election in sight across the USA.

The whole world now knows that the Democrats have no other way of winning elections but to nakedly steal them.  Hence, a massive sea change is about to occur as a RED TIDAL WAVE rolls across America to stop these steals, once and for all.

However, the Patriot Movement must be more vigilant than ever in view of an exceedingly desperate Democrat Party.

There’s only one way the Democrats can stop the massive RED WAVE now rolling across the entire nation……….

BOTTOM LINE: This will be the last election because, henceforth, the Democrats will be forced to steal every election they can get away with to maintain any relevance in the US Congress, and the Republicans will no longer tolerate that criminal behavior.  But the really crucial point here is that the Democrat have absolutely nothing substantive/relevant to run on.  And, their record is replete with nothing but depravity and degeneracy, decadence and debasement, degradation and dissoluteness, dissipation and debauchery.

The Armchair Political Analyst
State of the Nation
November 3, 2022