Youth are slowly replacing God with Satan in some Western nations

Young sacrifice belief in God on altar of Satanism

Story by Gabriella Swerling
The Telegraph 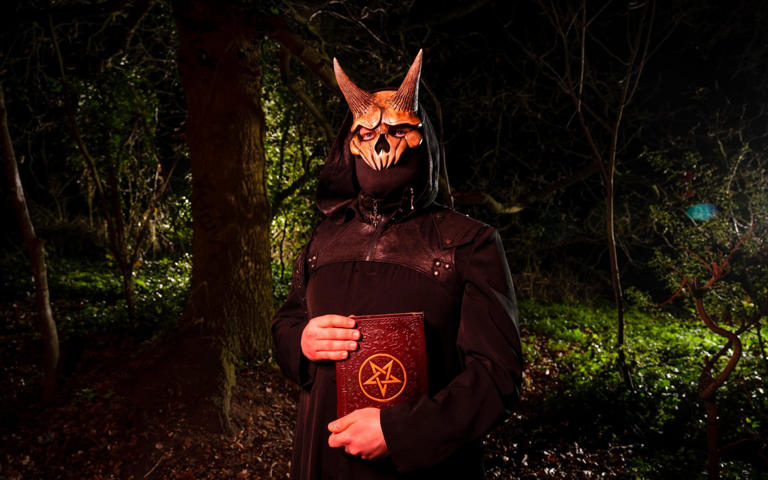 In fact, as the Global Order of Satan UK – as well as other leaders and members of Satanic groups around the world insist – it would be difficult to spot a Satanist walking down the street.

Yet while the macabre occult rituals, virgin sacrifices, chalices of blood and belief in the actual Devil are a thing of the past, Satanism is luring increasing numbers of young people disillusioned with “outdated” and “dogmatic” traditional religions to join its fold by offering an “alternative” to “stuffy”, traditional faiths.

The Sunday Telegraph has spoken to leaders and members of Satanic groups around the world who claim that the opportunities Satanism offers people to engage in activism and campaign on issues such as gender and sexuality is part of the appeal for the younger members, particularly those who are increasingly less likely to declare themselves as Christian.

Chaplain Leopold, a 32-year-old London-based undertaker, co-runs the Global Order of Satan UK which he said has seen a 200 per cent increase in membership over the last five years.

‘A movement towards self-identification’

“I’d love to be able to claim that we could pat ourselves on the back and say, yes, we’ve done our infernal work here, and we’re successfully declining the number of Christians, but I think it’s a far more complex issue than that,” he said.