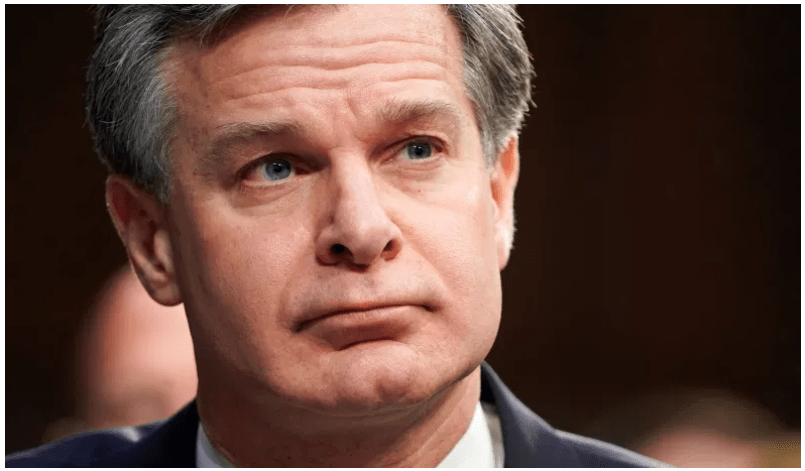 FBI director Christopher Wray told Congress on Tuesday that the majority of domestic-terrorism arrests since last October have been linked to white supremacy.

“I will say that a majority of the domestic-terrorism cases that we’ve investigated are motivated by some version of what you might call white-supremacist violence, but it does include other things as well,” the FBI chief said in testimony to the Senate Judiciary Committee.

Wray explained that since October, the FBI has arrested about 100 people on international-terrorism charges and about the same number of individuals on charges related to domestic extremism.

The FBI director emphasized that his investigators’ “focus is on the violence.”

“We the FBI don’t investigate the ideology, no matter how repugnant. We investigate violence. And any extremist ideology, when it turns to violence, we’re all over it,” Wray said. “We take domestic terrorism or hate crime – regardless of ideology – extremely seriously, I can assure you, and we are aggressively pursuing it using both counterterrorism resources and criminal investigative resources and partnering closely with our state and local partners.”

President Trump has repeatedly come under fire for using rhetoric that his opponents say encourages violent, racist tendencies. Critics have warned that violence resulting from white-supremacist ideologies has been on the rise since Trump took office.

“I don’t, really,” Trump said in March when asked if he thinks white nationalism is a growing threat. “I think it’s a small group of people that have very, very serious problems.”

The highest-profile act of violence perpetrated by a white supremacist over the last few years occurred at a 2017 white-nationalist rally in Charlottesville, Va., where one of the male rally-goers murdered one counter-protesters and injured dozens of others by mowing them down with his car. The man has received several life sentences for his crimes.