Where “C” Stand for Cultural Marxism

The Nashville Explosion and Psyop According to a Former NSA Agent 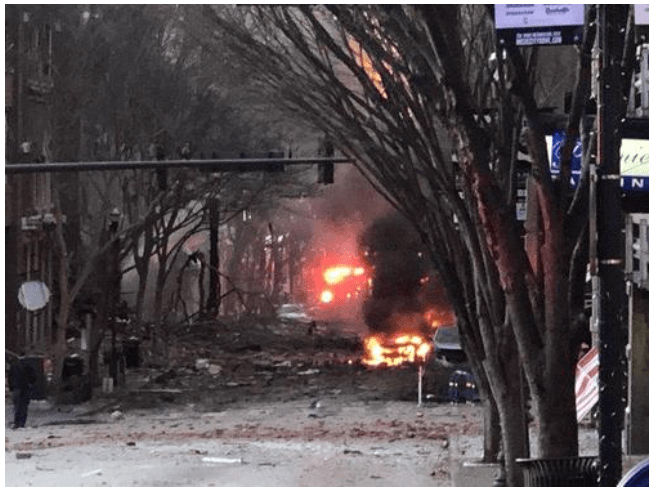 “Given the all-pervasive spying and surveillance regime conducted in the 50 states by the U.S. Intelligence Community, it’s virtually impossible for a rogue terrorist group to pull off an op like this.  The Fusion Centers alone pose a formidable amalgamation of federal and local law enforcement in a city the size of Nashville for such a successful bombing, which is all but certain to produce no arrests.  The vast amount of metadata monitored by the NSA and CIA would easily have caught up with the perpetrators before this bomb went off.  The FBI and DHS would have been all over the crime seen before the RV ever showed up.  All of which proves that this was a Gladio-directed state-sponsored terrorist operation.  In view of the fact that “surveillance video published on a Twitter account Friday that appeared to be recorded from across the street captured an audio recording that included the warning, ‘… if you can hear this message, evacuate now’.  The blast was captured on the surveillance video seconds later.”  Hence, the highly organized setup is clear; this scheme has all the signatures of an NDAA-sanctioned live exercise executed for multiple government purposes.

The purveyors of Cultural Marxism will do anything — ANYTHING — to irreparably tear the fabric of American society.

Was this bomb detonation a ‘Christmas Present’ from the Cultural Marxists?!

Perhaps the most effective way of accomplishing that despicable goal is to destroy the religious and national traditions of the USA.

Who has not seen this occur over the past many decades with the likes of “Black Friday” taking over Thanksgiving … … … as well as the overwhelming commercialization of Christmas replacing the original Christmas spirit?

It’s clear that the Gladio perpetrators of this bombing of downtown Nashville committed a deliberate act of terrorism.

That’s how the Cultural Marxists always operate when they are really desperate to undermine civil society and instill fear among the general populace.

Nashville, Tennessee was purposefully chosen as the site for this terrorist attack on the American people for specific reasons.

Sometimes known as the “Buckle of the Bible Belt”, Nashville is a city alive with religious fervor and spiritual pursuit.  That enthusiasm is primarily expressed through music and song.

Who is not aware of all the great Christian music that has been produced in “Music City” as Nashville is also well-known as?

With this repugnant bombing of the downtown area, the perpetrators deliberately struck the heart of the Music Industry, and especially the religious-oriented center of the nation’s music-making capital.

That this was an intentional act carried out to inflict maximum destruction in the targeted Nashville area is beyond any doubt according to police reports.

Officers with the Metro Nashville Police Department were responding to a call of shots fired Friday morning when they came upon an RV, according to police spokesman Don Aaron. Police saw no immediate evidence of shots fired, Aaron said in a news conference, but something about the RV prompted the officers to request the department’s hazardous devices unit.[1] 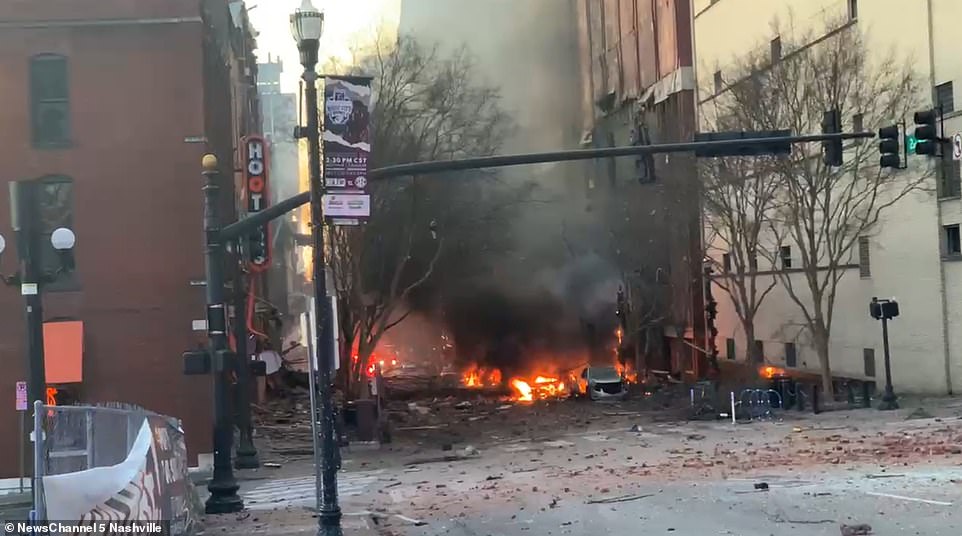 Several buildings were badly damaged in this destructive act of terrorism

KEY POINT: Not only have the draconian state-by-state Covid regimes drastically affected religious communities across the country throughout 2019 making if financially difficult for many churches to keep their doors open, there has been a spate of church bombing and burnings via Gladio black ops that justifiably frighten the faithful.  This Christmas morning bombing is just the latest psyop designed to tamp down weekly religious practice in America.

SOTN has already seen the dramatic effects that this very sad news has had on folks everywhere who are in the midst of celebrating a Merry Christmas.

The Cultural Marxists, then, to some extent have achieved their aims of disrupting what is usually a very beautiful family holiday celebration that is known for peace and joy.

Not only that, but they intentionally executed what is a classic Operation Gladio C psyop on Christmas morning in order to generate the maximum effect—fear, anxiety, apprehension, trepidation, etc.

At the end of the day, the agents of Cultural Marxism seek to sow seeds of fear whenever and whenever they can.  For their Ordo ab Chao strategy will always create the circumstances from which they can more easily alter society for the worse.

Their goal is, first and foremost, the destruction of anything religious and/or spiritual.  They want all of US worshiping the state, not GOD!

However, no one needs to pay heed to their utterly senseless acts of violence any longer.  For the light of truth has been shined into their darkness, and it has revealed their true intent.

Since no one was killed thus far, and only a few were moderately injured, we can all be thankful for the minimal effects on precious human life.

While we all continue our Christmas celebrations, we can enjoy great holiday music like this:

SOTN has studied DEW attack for several years now.  It appeared in the aftermath of the explosion that there were telltale signatures of a Directed Energy Weapon.  Hence, we were not surprised to see the following evidence indicating a DEW attack on Nashville.  Just compare the photographs in the following link to those in the many photo-documentaries of OPERATION TORCH CALIFORNIA published on this site: Nashville Bombing Was Really a DEW Attack!