CAPITOL HILL DEMOCRATS GET STUNG BY “HORNED PROTESTER” ON THE JAN. 6TH!

That’s why the “Horned Protester”
was outfitted with two BIG horns.
Pelosi et al. really got gored and
stung at the same time! 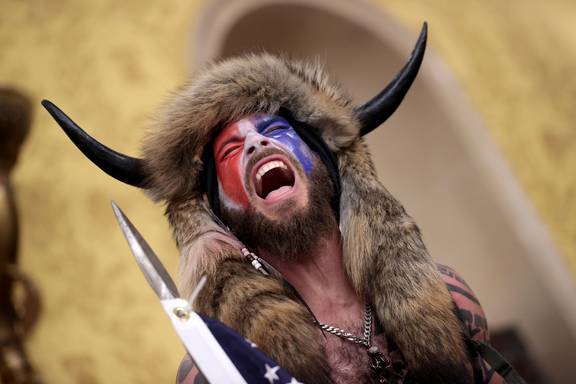 So much happened at The Capitol Building on January 6th, it’s difficult to piece all the pieces of the puzzle together in just a couple of days.

However, two key pieces of the “plot within the plot” have become quite evident.

First, that the Democrats planned on using the “wildly” disruptive event as a final opportunity to destroy President Trump’s reputation by falsely accusing him of sedition and treason, which they have done.  As follows:

Secondly, Team Trump was perfectly aware of the Democrat’s transparent sting op and, therefore, executed their own sting within the juvenile Deep State-overseen sting.

There are specific reasons why Pelosi’s hard drives were downloaded related to the election steal.  But that’s not all that was retrieved from her office. See: See: Nasty Nancy Stung: Laptop Taken from Her Office for Damning Evidence it Contained?

What are the telltale signs that Team Trump was all over the Democrat’s scheme to smear the POTUS, yet again, well before the 6th?  And, that the DEMs in collusion with the RINOs would use their staged false flag operation as a pretext to remove him from office via the 25th Amendment and/or Impeachment.

While the skeleton of the convoluted back story of Team Trump’s sting op is still being fleshed out, the following exposé shines some light on it.  It’s also a perfect example of where a single photo speaks volumes.

Clearly, those two photos indicate a very interesting Trump plot was afoot to sting the Democrats, which is why Pelosi, Schumer et al. are all now apoplectic about how to proceed against Trump.

By the way, it was the ultra-liberal, globalist rag — “BusinessInsider.com” — that first broke the story about the “Horned Man” being a ‘QAnon influencer’.  Whether he’s really a double agent, however, remains to be seen.

Horned Protester aka ‘Q Shaman’ Exposed by MSM—
But who really got stung here?

Now, get ready to watch the rest of “The Greatest Show On Earth” during 2021.

The hot phase of the Second American Revolution appears to have already begun with the storming of The Capitol Building on January 6th.

Another HUGE sign is Trump’s major move to Texas, a state that will fiercely protect the POTUS and Commander-in-Chief while the Democrats conspire with Deep State and the NWO globalist cabal to overthrow him during the final days OF HIS FIRST TERM.

Is President Trump executing his final moves from an Elite Military
Communications Base in Abilene, Texas?

Stay tuned for more breaking news over the coming days about this epic “sting with a sting operation”. See: This curious photo of the “Horned Protester” with Pelosi’s son-in-law at the Capitol Building pretty much proves a ‘Sting within a Sting’

Oh, and by the way, the “child sexual predator” symbol tattooed on his chest below was put their with highly purposeful design … as in a serious message to the pedo-perps.  (This symbol: 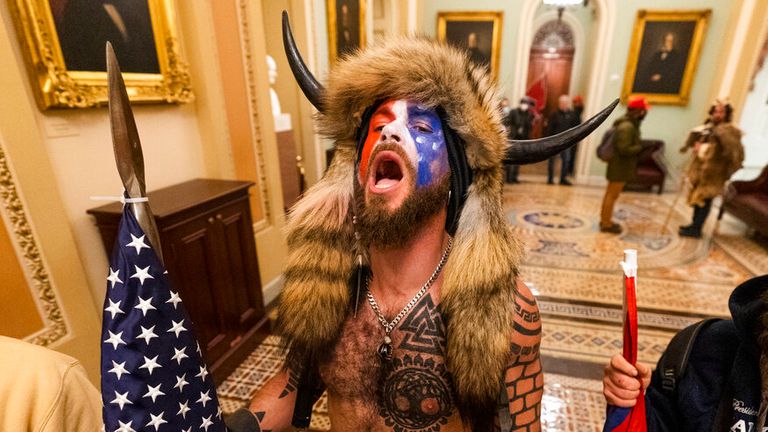 In fact, all the Democrat and RINO pedogaters have been put on notice, especially the pedovores like Adam Schiff.  So has the Pelosi Pizzagate franchise in San Fran. See: This curious photo of the “Horned Protester” with Pelosi’s son-in-law at the Capitol Building pretty much proves a ‘sting within a sting’ 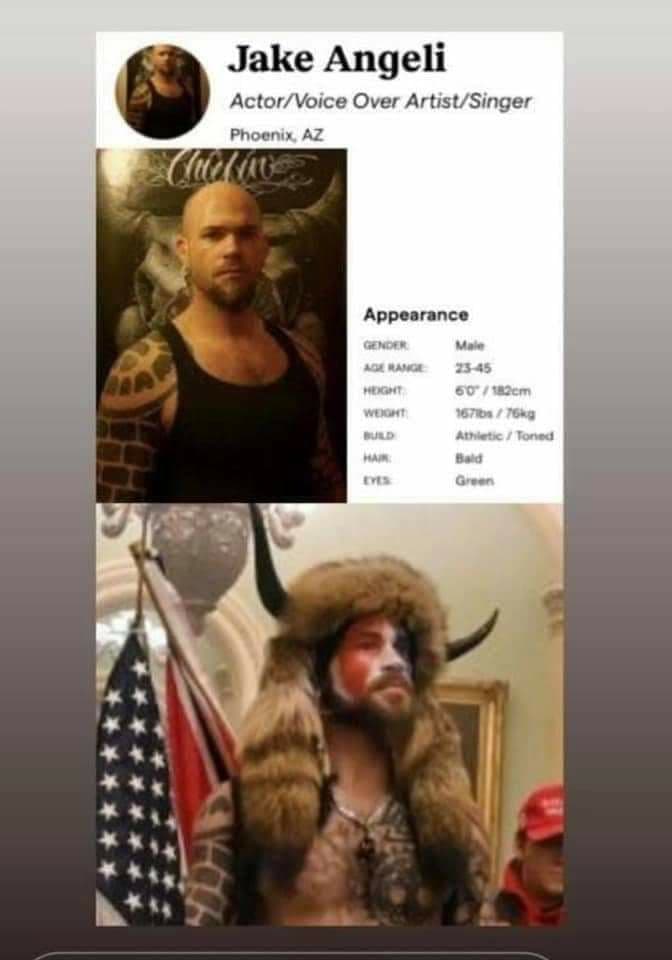