Was Kobe Bryant assassinated? What are the biggest clues?

CUI BONO? Really, who benefits from the death of Kobe Bryant? 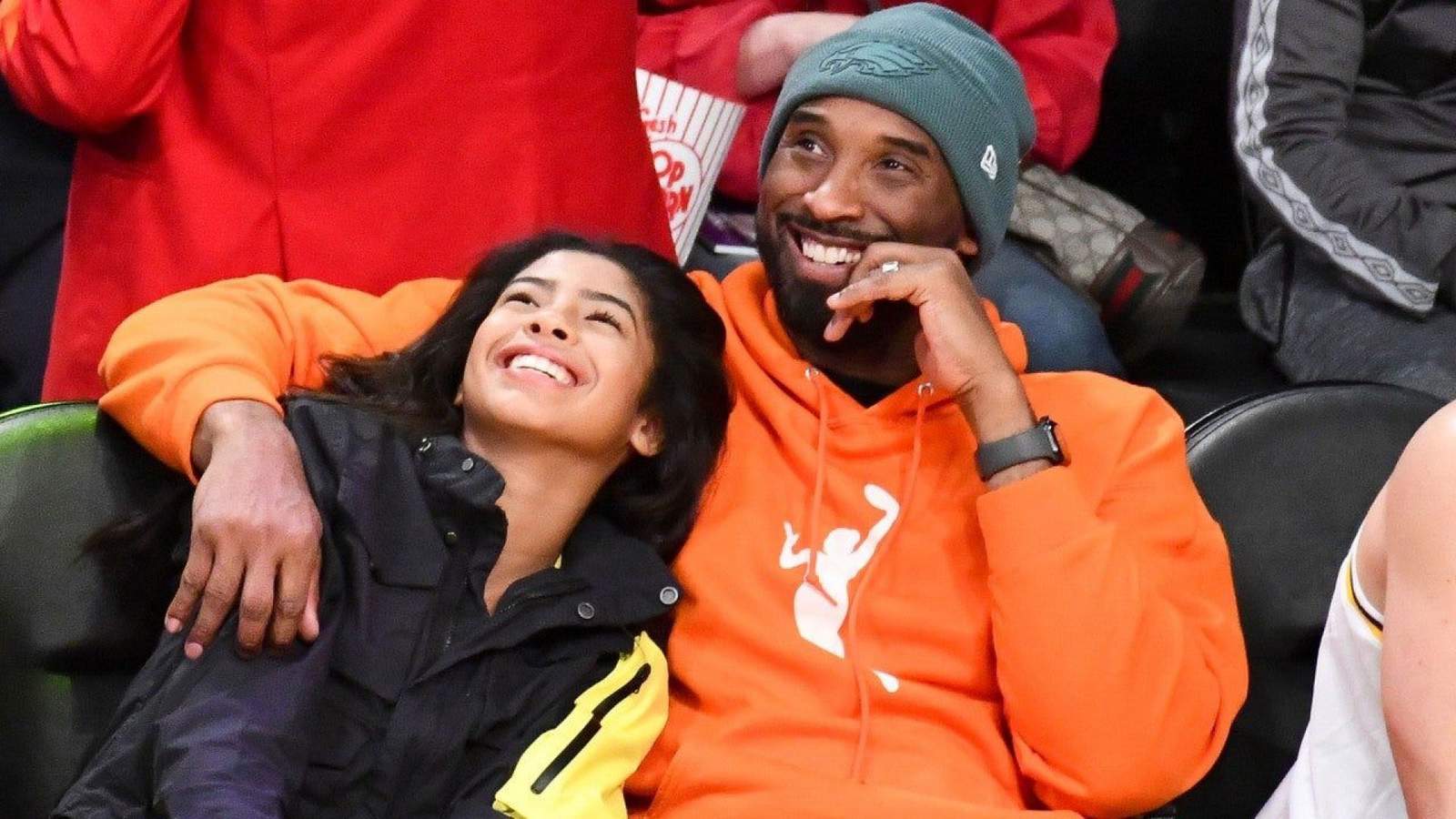 Something is very wrong with the helicopter story, LOTs of strange stuff here!

Really, how many stars die in airplane or helicopter crashes these days?

Given the glut of stars in every field in 2020, not many have perished this way.

Now VIPs who are connected to the Clintons or Jeffrey Epstein, or are Israel’s enemies or on Deep State‘s hit list, well, that’s a different story.

However, Kobe Bryant was just a basketball star.

Yes, he was super famous, but only because he was tremendously liked and “played his entire 20-season career in the National Basketball Association (NBA) with the Los Angeles Lakers”.[1]

LA is LA.  Everyone in high society becomes famous because the celebrity culture is cultivated there with a vengeance.

Was Kobe’s death really an assassination?

And, it’s too early to tell.

One of the editors of this new platform has spoken to an eye-witness at the general crash site in Calabasas, California.  They live approx. 3 miles from where the helicopter went down.

First off, the police at the scene of the crime were adamant about removing all journalists from the areas.  Only because one tough journo would not comply did the cops eventually relent.

Secondly, one eyewitness saw the helicopter go down but was not sure if it crashed into the hillside or suffered an explosion before it crashed.

There’s a lot to be suspicious about this death of a celebrity by airplane crash.  That’s how The Powers That Be like to do it when someone has to be made an example of in a BIG and DRAMATIC way.

Those other VIPs who will be targeted with future threats by their hidden masters can always be reminded: REMEMBER KOBE!

Just like every head of state in the world since November 22, 1963, who has appeared to leave the New World Order reservation, has been reminded: “Remember JFK!”

Was Kobe Bryant just assassinated? If so, why and who did it?

While there is no evidence thus far that points to a deliberate murder by crash and/or by exploded helicopter, there are these very interesting factoids and developments.

There is no good reason why so much magnesium should be present at the crash site, so much so that it was thwarting the expeditious extinguishing of the ensuing fire.

We also wonder how long the fire smoked at the crash site and what was feeding it?  The following raw video of the smoking phenomenon surely contains some clues: 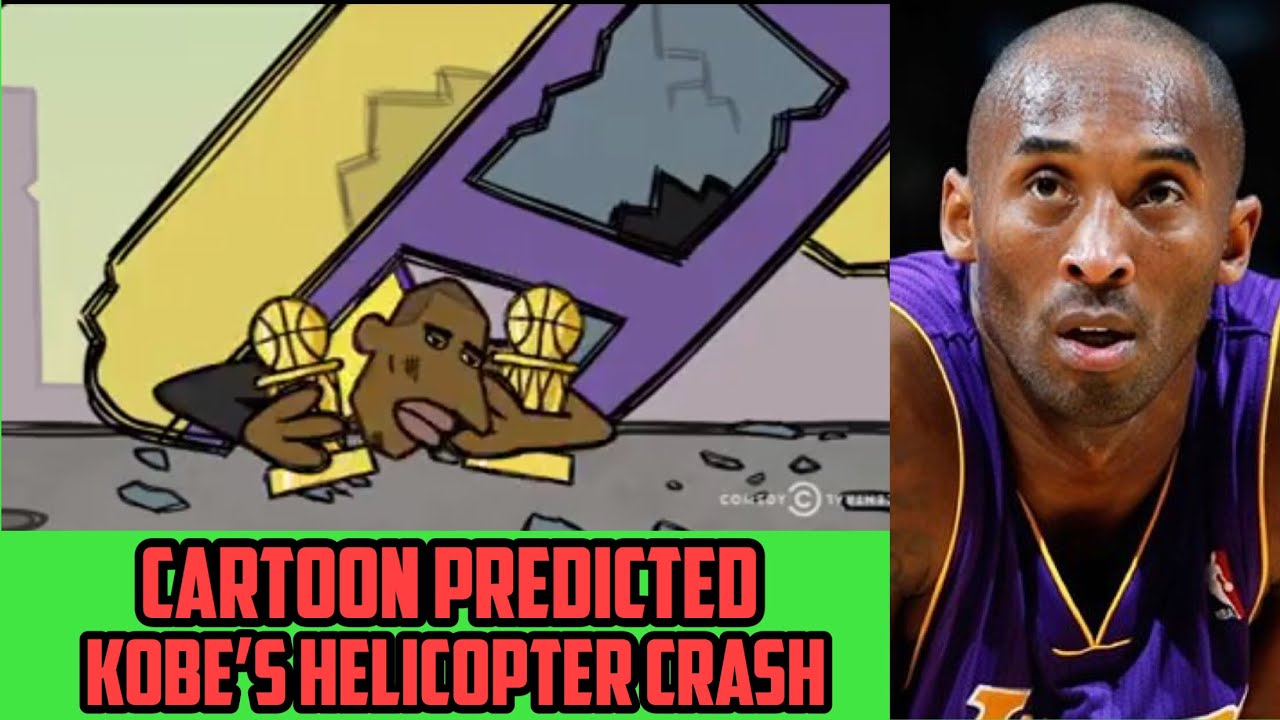 Then there is this little historical event: KOBE BRYANT Predictive Programming: Why did this video of his helicopter death ever get made?

How in God’s creation did such a video ever get produced about Kobe.  Now that producer has a LOT of splainin’ to do, yes?!?!

There are always vulture capitalists looking to steal any wealth they can in the midst of the extremely volatile market gyrations and imminent market crash.  For instance:

Bryant established Kobe Inc. to own and grow brands in the sports industry. The initial investment was a 10% stake in the Bodyarmor SuperDrink company for $6 million in March 2014. The headquarters are in Newport Beach, California.[453]With The Coca-Cola Company purchasing a minority stake in the company in August 2018, the valuation of Bryant’s stake rose to approximately $200 million.[454] [1]

While such a murder conspiracy is quite difficult to prove, the months ahead will reveal any nefarious plot of this nature.  After all, 200 MIL is a big chunk of change.

What in the world is going on with the Grammys anyway?!  Just take a close look at the biggest winner of the day there as follows.

CULTURAL MARXISM or SATANIC  RITUAL: This is the total basket case who just won 5 Grammys including best new artist and song of the year!

There is also the known fact that Kobe Bryant was a very religious guy.  Everyone knows how that plays out in the highly secular and often profane Mainstream Media these days.

In fact, Kobe attended Catholic mass on the very day of his death.

There is also some talk about Kobe’s philanthropy where it relates to China, especially given the current economic context and political climate between the United States and China.

In light of the overwhelming Wuhan coronavirus, there may be something that Kobe was involved with that the government was not happy with.  Given his strong Catholic faith, it may just be that Kobe was planning on building a new bridge to China while many others are still not content with burning down every bridge in sight.

The bottom line here is that something is very wrong with this helicopter crash.

What exactly, we do not know. But the truth will surface sooner than later.

Lastly, there is this very interesting analysis based on the Gematria.

No one should dismiss this excellent breakdown of the numerology behind this event until this video is viewed.  There is simply far too much relevant material here to ignore.

At the end of the day, it’s quite likely that it will be proven circumstantially that Kobe Bryant was assassinated for similar reasons.  All any investigator has to do is closely watch any strange moves made with his businesses and/or estate.

Of course, it would also behoove conspiracy realists and murder mystery sleuths to identify who it was exactly that is behind the production of this eerily prophetic video: 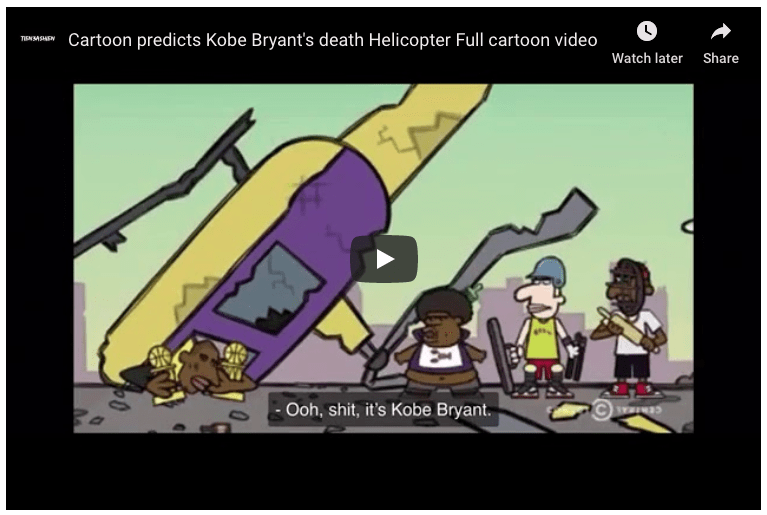 Lastly, there is this very strange clue that was left by someone working for either Big Social Media or Big Tech.

Really, why does a Google search for “When did Kobe Bryant die’ ” lists January 26th as his ‘date of assassination’?

How does that happen except with highly purposeful design?

Now, here’s the screenshot from the January 27th USA Today article that reported this so-called glitch:

The entire article can be read at this link: Google search for ‘When did Kobe Bryant die’ no longer lists Jan. 26 as ‘date of assassination’

Therefore, the real $64,000 question is: Did this Google search result generate on its own through a tech malfunction, or was it made to happen on purpose by someone in the know?